The Ohio River figures prominently in what are arguably the three most significant novels of American slavery. Harriet Beecher Stowe's Uncle Tom's Cabin and Toni Morrison's Beloved both feature key scenes of Kentucky slave mothers making dramatic escapes across the river with children in tow (or in the case of Beloved, born en route); the plot of Mark Twain's The Adventures of Huckleberry Finn hinges on a mid-point mishap that keeps Huck and Jim from making a crucial left turn onto the Ohio, thus propelling them even farther down the Mississippi and ever deeper into the slaveholding South. In literary terms at least, the Ohio serves as the preeminent escape route for fugitive slaves, and as such, represents the most pronounced dividing line between North and South, and between freedom and slavery. It was, in fact, the nation's only physical boundary separating free from slave states.

Matthew Salafia constructs a far more complex and ambivalent depiction of the river's role than the more basic—and symbolic—representations generated by Stowe, Twain, Morrison, and others. For most African Americans crossing it, he insists, it was not the River Jordan (69). Along with a multifaceted explanation of these complications, Salafia also offers a provocative meditation on the meanings of southern spaces, both physical and constructed, and how they have been, or should be, defined. At the same time, he demonstrates that the definition of this particular border was always subject to shifting exigencies of time and space, and functioned quite differently when considered in the varied political, social, economic, and racial contexts to which it was subject. To put it more simply, in Salafia's words: "However clear it appeared on a map, the Ohio River border blurred as white and black Americans crossed it" (71).

Salafia demonstrates that even the act that ultimately defined the northern side of the river as free of slavery, the Northwest Ordinance of 1787, was the culmination of multiple power struggles among Indian tribes, French and British imperialists, and American settlers. As the latter poured into the Ohio River Valley, with many of those in Kentucky bringing slaves and those in Ohio, Indiana, and Illinois territories barred from doing so, the river served as "both a highway into and bifurcation of the early West" (43), a dual identity that would serve to complicate settlement patterns and issues over slavery's status in the region for the remainder of the eighteenth century and well beyond. Much of this had to do with differing systems of exploiting African American labor in these territories, subsequently states, with chattel slavery fully entrenched in Kentucky, indentured servitude (including the hiring of slaves from Kentucky) operative in Ohio, and a mix of both practices in Indiana, where slavery was fully banned only in 1820. (Salafia limits his focus to these three states, omitting Illinois.)

Much of this demand for black labor was driven by a booming new market economy on the Ohio River Valley in the 1820s and 1830s, spurred primarily, Salafia notes, by the emergence of steamboats. This rapidly expanding river trade provided new opportunities for the African American work force, both slave and free, which became enmeshed into a single, somewhat fluid system that operated on both sides of the river. Port cities, like Cincinnati and Louisville, came to resemble each other as both became hosts to diverse and transient populations that increasingly included African Americans, who often shuttled back and forth across the Ohio. Inevitably, one of the primary commodities transported along the river were slaves themselves. As a slave-trading highway, the Ohio brought greater visibility to the more odious elements of the "peculiar institution" and often prompted observers to come to terms with their own attitudes toward the human cargo they witnessed. It was a trip on the Ohio in 1841 that introduced Abraham Lincoln to the slave trade first-hand, an experience he later credited as pivotal in shaping his nascent anti-slavery sentiments. He confided in a letter to a friend in 1855: "The sight was a continual torment for me; and I see something like it every time I touch the Ohio" (123).

All of this supports Salafia's central premise: that this economic exchange and racial activity resulted in a mutual seepage of sentiment along both banks of the Ohio, so that many observers found slavery in Kentucky to be milder and more flexible than elsewhere in the South, while southern Ohioans and Indianans exhibited a more virulent form of racism than did their fellow Midwesterners or other northerners. Salafia argues that the latter part of that statement is more true than the first, noting that "one of the most stunning anomalies was the similarity between the work regime of racial slavery and that of wage labor on the borderland" (6). He notes that most slaves in Kentucky were acutely aware of the alternatives offered by free black life just across the river because of their proximity to it, and that its limitations and restrictions actually discouraged many from risking escape to achieve that somewhat dubious status.

On the other hand, it was the experience of fugitive slaves that has most accentuated and dramatized the Ohio River's function as a definitive boundary line between slavery and freedom, and it's through their stories that Salafia makes his case most fully. Among the testimonials that most fully reveal the synergetic racial dynamics on both sides of the river is that of Josiah Henson. In his 1849 narrative, he describes a remarkable mission he undertook for his Maryland master to escort eighteen fellow slaves out to the master's brother in Kentucky. Their route took them through Cincinnati, where local residents urged him to remain on free ground and in effect liberate all of those under his charge, but he refused; that earned him the further trust of his new Kentucky master, who allowed him to travel back into Ohio as part of his preaching circuit, while remaining his slave. Only after further abuse and betrayal by his masters did he finally escape with wife and children into Indiana.

Salafia also recounts the more dramatic case of Margaret Garner, who crossed the frozen Ohio on foot with four small children in 1856. When cornered by federal marshals in a Cincinnati cabin, she murdered her two-year-old daughter and was on the verge of doing the same to the other three rather than have them condemned again to lives as slaves. (Salafia doesn't follow through with Garner's subsequent trial, a missed opportunity, given what it revealed about the ambivalence of regional racial attitudes and legalities; nor does he mention the case as the inspiration for Beloved, Toni Morrison's psychological ghost story of a mother haunted by her own act of infanticide.) And Henry Bibb recounted in his widely read 1849 memoir that he was forced to make three different escapes across the river when returning to Kentucky to bring his wife and children out, which led to his recapture. He was ultimately forced to choose between family and freedom, eventually moving to Detroit and Canada on his own.

It was this reality posited by Salifia that also explains why, as the sectional crisis came to a head in 1861, the Ohio River Valley did not prove to be the seam along which the nation split. A long established shared sense of purpose and economic self-interest saw Unionist sentiment prevail and kept Kentucky in the Union. Not that the state itself was united; strong Confederate sentiment was fully evident in other parts of Kentucky. By the same token, political divisions were equally evident in Ohio and Indiana, splitting between northern and southern sections of each state, not only in the presidential election of 1860, but in continued concentrations of opposition to Lincoln for the Civil War's duration, particularly in southern Ohio. Salafia is fully convincing in explaining the Ohio Valley's continued efforts at accommodation and co-existence as functions of that long antebellum legacy. "White Americans on both sides of the river defined themselves by their relationship to the border," Salafia argues. "As a result, they viewed their borderland as a reasonable and rational alternative to the growing sectional conflict elsewhere in the country" (14).

Because the span of racial ideologies exhibited by those on both sides of that flowing border proved relatively narrow, and radical ideas were both consciously and unconsciously repressed, Salafia argues that cross-border tensions were not nearly as pronounced as those farther west. Despite occasional bouts of violence between slavery and anti-slavery forces, especially after the implementation of the Fugitive Slave Act in 1850, northern Kentuckians and southern Ohioans and Indianans for the most part found ways of avoiding conflict. "Because the Ohio River was a shared space," Salafia writes, "a highway that united residents and connected them to the rest of the country, Americans had to interact constantly on the banks of the river" (151). It is here that Salafia most takes issue with another recent treatment of these issues, Stanley Harrold's Border War: Fighting over Slavery before the Civil War (Chapel Hill: University of North Carolina Press, 2010). Harrold argues that violence along the full length of the nation's slave/free borders was a critical precursor of the war to come; Salafia suggests that he overlooks the propensity for compromise and accommodation that were central to the political dynamic for this particular borderland, at least.

For some, this correlation between ideology and geography was fully evident at the time. Stowe, for instance, offers an intriguing observation on the matter in Uncle Tom's Cabin. Her outspoken but very sensible New Orleans slaveholder, Augustine St. Clare, in a debate with his Vermont cousin, Miss Ophelia, over the relativity of racism across the country, states: "What poor, mean trash this whole business of human virtue is! A mere matter, for the most part, of latitude and longitude, and geographical position, acting with natural temperament. The greater part is nothing but an accident."1Harriet Beecher Stowe, Uncle Tom's Cabin (Madison: Cricket House Books, 2010), 149. So it seems for Salafia: that the accident of a physical form—a river—tied to exigencies of political, historical, and economic forces served to obscure any arbitrary distinctions of North and South, free and slave, for much of the era in which those distinctions proved so significant elsewhere. In challenging so many of our most basic assumptions about sectional differences, this is a book full of fresh insights and provocative assessments of the many mitigating circumstances that made this borderland far more than "a mere matter of latitude and longitude." It's a complex and sophisticated portrayal of unique southern and northern spaces, both of which were distinguished most by the ways in which they acted in tandem.

John C. Inscoe is the Albert B. Saye Professor of History and University Professor at the University of Georgia. He has written widely on slavery and race relations in Southern Appalachia.

Aron, Stephen. How the West Was Lost: The Transformation of Kentucky from Daniel Boone to Henry Clay. Baltimore: Johns Hopkins University Press, 1996.

Bigham, Darrel E. On Jordan’s Banks: Emancipation and Its Aftermath in the Ohio River Valley. Lexington: University Press of Kentucky, 2006.

Freehlingh, William W. The South vs. the South: How Anti-Confederate Southerners Shaped the Course of the Civil War. New York: Oxford University Press, 2001.

Henson, Josiah. The Life of Josiah Henson, Formerly a Slave, Now an Inhabitant of Canada, as Narrated by Himself. Boston: A.D. Phelps, 1849.

"In Motion: The African American Migration Experience: The Trans-Atlantic Slave Trade." An exhibition by The Schomburg Center for Research in Black Culture. http://www.inmotionaame.org/migrations/landing.cfm?migration=1. 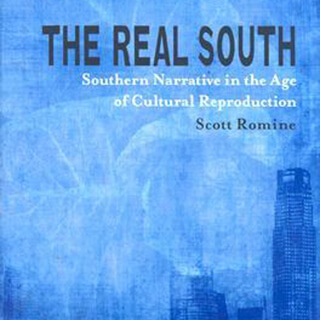 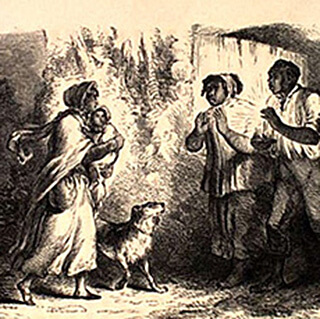