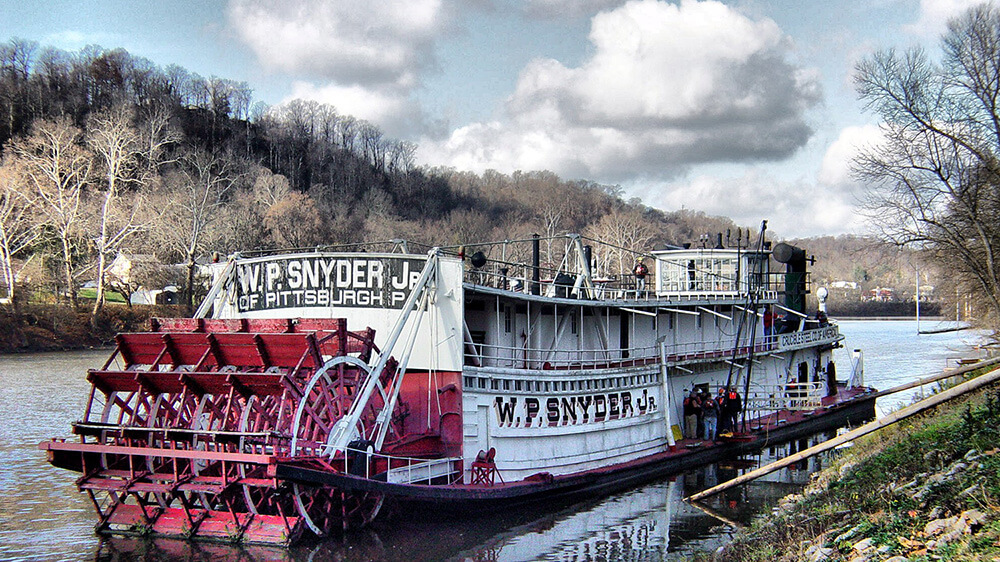 The rise of the Border South in the nineteenth century as a section was accompanied by conflict over slavery. It was a geopolitical region whose complexities of identity, commerce, and family make it both deeply Southern and at points open to other regions, cultures, and influences.

Anyone who has lived for a time in Virginia, Kentucky, Missouri, or Maryland has heard their place of residence categorized as "not really the South." Sometimes, folks from the deeper South dismiss these places as not representative of the region; at other times Northerners make the comment, often with a sigh of relief that the person would be spared the full treatment of Southerness and might, therefore, enjoy a chance at civilization and reasonableness. The observation is at best ill-informed but it is persistently rendered, and we should admit that there is reason for it.

The Border region of the South has an anomalous history, at once deeply embedded in all things Southern and at the same time connected through experience and networks into other regions. The Border South was conceived as a region and a concept before the Civil War, rising to national attention in the geopolitics of the sectional crisis. In the eighteenth century the South's borders were not a subject of either concern or observation, and identities were shaped more around states than regions. But in the nineteenth century, as the nation grew and expanded westward and as slavery began to mark the Southern states off from the rest of the Union, the idea of a border began to take shape.

Historians, writers, and observers have tried to define the Border South and its relationship to the rest of the South. Historian William Freehling, for example, considers the border the "quasi South," "a world between," and sees Richmond as "less southern" than Charleston. The true South, it seems, can only be found in the plantation black belt in the Lower South where slavery dominated, secession sentiment boiled, and the humid, jungle-like climate welcomed the "slave drain" from Virginia in the 1850s. The idea that the Border South was not Southern, as tempting as it might be, conveniently sets aside much of what we know about the region in order to give clarity to the sectional split not does it adequately represent the complexity of life on the border. The idea of a border depends in large measure on a "closed" South, one sealed by a definitive geography or polity. Along the border we quickly discover that the South was not closed but permeable, not sealed airtight but punctured with openings.

The region included Virginia, Maryland, and Delaware, in the east and stretched west along the Ohio River, gathering in Kentucky, and then after the 1820 Compromise, Missouri, and wrapped south and west to include Arkansas. By the 1850s as sectional identities took shape these states increasingly were understood and understood themselves as on the border. They contained various sub regions and economies, but all allowed and, indeed, promoted slavery. Virginia, for example, in 1860 stood at the top of the list in the South in its commitment to slavery. It was the largest slaveholding state in the country with the most slaveholders and the most blacks living within it. Along the border, though, Virginia was not alone in its staggering investment in slavery on the eve of the war. Kentucky held more enslaved people (225,483) than Texas, Florida, and Arkansas, and the state contained more slaveholders than any other Southern state except Georgia and Virginia. The single largest slaveholding county in Kentucky, it turns out, stood right on the border on the Ohio River: Jefferson County with over 10,000 enslaved persons.

The Border, however, was also home to the largest numbers of free black Americans in the South. Over 55,000 blacks in Virginia were free in 1860, over 80,000 in Maryland, including over 25,000 in the city of Baltimore. Most free blacks in the South lived in small towns and urban centers. Some accumulated property, a few amassed small fortunes. For these men and women daily movements and exchanges were carefully considered, a mistake could cost them their freedom.

Lines of Slavery and Freedom

Whether marked with the natural features of the Ohio River or the arbitrary survey of the Mason Dixon Line, the border delineated slavery from freedom, and many African Americans living in slavery understood their proximity to it. The Underground Railroad operated through the border region, moving escaped slaves across Maryland and western Virginia into Pennsylvania and Ohio. The stunning insurrection led by Nat Turner in 1831 put the border region's white population on high alert and led to lengthy debate in Virginia's legislature over slavery. It may have been responsible in large part for the white South's fixation on the Border region, since it called forth for them the dangers of slavery's close quarters with freedom. The heated debates around the Fugitive Slave Laws in the 1850s gave political expression to the simple fact of the border--that it could be crossed and that enslaved people sought freedom on its other side.

If enslaved people could cross the border to claim freedom, so too could free men move to strike a blow against slavery. John Brown's raid in 1859 made fears of a slave revolt more real for the white South than even their wild imaginations could dream up. The raid was plotted and staged from just across the Mason Dixon Line in Chambersburg, Pennsylvania. His attempt to provoke a slave insurrection carried him just twenty some miles over the line to the two-river town of Harper's Ferry, where a United States Armory and the Baltimore and Ohio Railroad seemed to offer the raiders the tools of slave liberation.

Although Brown's raid on Harper's Ferry failed, enslaved people liberated themselves during the Civil War that followed, fleeing their bondage at the first opportunity and moving toward the Union Army wherever it appeared. Because the Emancipation Proclamation did not free enslaved people in much of the Border region, the Union Army's zone of occupation became in effect a moving border between slavery and freedom, between impressment and enlistment.

There can be little doubt that secession and the Civil War was the defining feature for the Border South. The secession crisis set the Border (or Upper) South apart from the Lower South, as the latter rushed pell-mell out of the Union while the former stood longer in the Union. When the Lower South states seceded, the states along the border waited. Their waiting has sometimes been interpreted as weakness or vacillation on the issue of secession and by extension on the commitment to slavery. In Virginia especially and along the border generally, however, many politicians considered slavery safer in the Union than outside it. They saw great danger in the gamble of secession, but when Abraham Lincoln called for troops to stop the Lower South secession few were willing to countenance federal force in the South. Once the Border States began to secede, geography conspired to carve up the region further. The first few weeks of the war split the Border South into those states that could secede, such as Virginia, and those that because of federal military power either could not or would not, such as Maryland and Delaware.

Abraham Lincoln was a man of the Border South born in Kentucky, and he thought he understood the region as well as anyone. He drew heavily on his instincts and experience in the first months of the secession crisis his administration faced upon taking office. He famously observed that "to lose Kentucky is nearly the same as to lose the whole game" and considered its neutrality, if not its outright commitment to the Union, essential for both military and political reasons. Throughout the war Lincoln worked to peel off Border South Unionists and encourage them to stay in the Union. This policy was largely successful, especially in Kentucky, and Lincoln's understanding of his home region helped him prevent the secession of all the Border States.

As the war progressed the Border South became the scene of some of the most intense campaigns and the most brutal internecine fighting. Divided loyalties in Missouri contributed to reprisals and guerrilla attacks on civilians as well as soldiers, their families, and neighbors. The Union army resorted to forced removal of the entire population of four Missouri counties along the Kansas border to break up the guerrilla resistance. In Virginia and western Virginia the fighting broke out almost immediately in the spring of 1861. Along the border men joined both armies. In Missouri and Maryland, over two thirds of the white men enlisted in the Union Army, while in Kentucky the division was more even. Overall, the Upper South states weighed in heavily for the South, supplying over half of the total soldiers who fought for the Confederacy. But, along the border these same states supplied nearly as many Union soldiers, black and white.

If the sectional crisis helped define the Border South and the Civil War tested its loyalties, the region's role in the struggles over civil rights in the 1950s and 1960s cast it again as definitively southern and at the same time set apart from the Lower South. The litigation of cases to the US Supreme Court in Brown v. Board of Education included four cases from the Border region out of the five total cases. The NAACP's strategy targeted the Border South and the cases emerged from the District of Columbia, Virginia, Kansas, Delaware, and South Carolina.

Reactions to the Brown v. Board of Education decision showed the Border region's complex and contingent place as a deeply Southern area divided by competing loyalties and interests. White political leaders in Virginia, in particular, attempted to lead the South in "massive resistance" to school desegregation. They called for Virginia to take the kind of leadership that it had demonstrated for the South in the Civil War and conjured up images of the state standing like a "stone wall" in resisting desegregation. Virginia closed schools rather than integrate them, Delaware's Sussex County entrenched in its effort to resist Brown, and Maryland's black and white residents in the Eastern Shore town of Cambridge fought a wild, armed battle in the summer of 1963 over civil rights, shooting at one another from windows across streets until the Governor ordered in the National Guard to restore order.

Yet, the Border region in the 1950s and 60s was clearly connected into national networks of economy, media, finance, and government in ways that contributed to the crisis' resolution. Naval bases in Maryland and Virginia represented massive federal power in the region, not to mention federal dollars and jobs. Businessmen were dubious of school closings and other drastic measures, seeing them as disasters for regional economic development.

Recently, Kevin Phillips has argued that the Border region is critical to any understanding of the American Civil War since it comprised over half the states and two-thirds the population of the country. The historical geographer D. W. Menig also considers the region worthy of greater analysis since it so clearly defies the Mason-Dixon Line's neat division between North and South and instead shows how fragmented the eventual tear between the sections was. No simple map depicts the Border South's divided loyalties and cross-sectional ties.