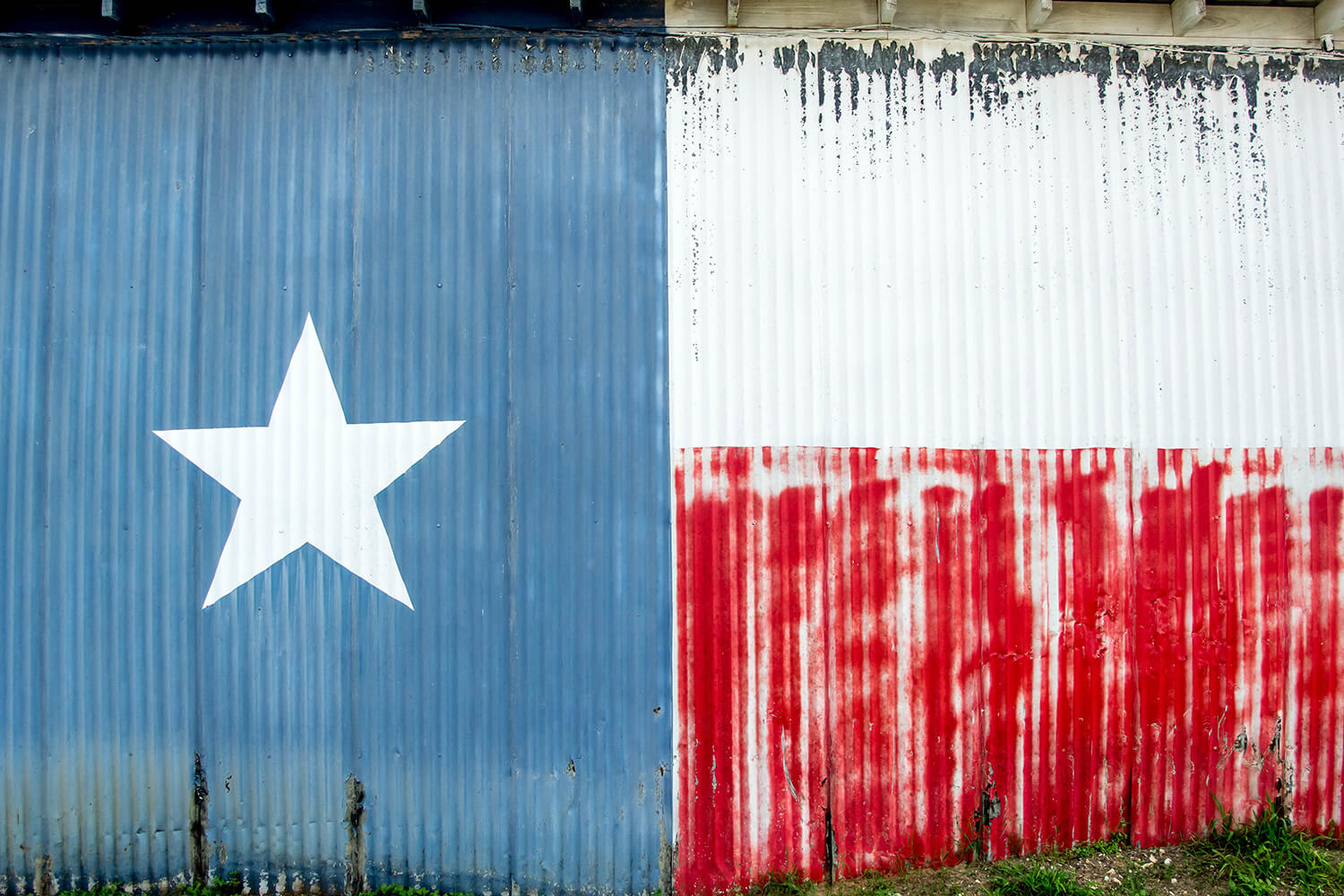 Wuthnow chronicles such seeming contradictions throughout 480-plus pages, over a hundred pages of notes, and an exhaustive bibliography. While Rough Country will remind many readers of Wuthnow's recent writings on American culture, I find more parallels with the central themes of his Communities of Discourse (1989). Although markedly different—the grand scope of European history as compared with a more geographically and temporally bound subject—both books examine the contours and intersections of culture and social structure, while utilizing social theory as the starting point for comparative historical analysis.

Wuthnow's insights about Texas include the central role of religious history. He identifies shared ideas and beliefs that, in the nineteenth century, gave rise to a cultural perspective that largely shaped the state's religious landscape: an overriding desire on the part of the growing Anglo population to restrain evil as they understood it; a desire to advance civilization by way of a rugged individualism combined with a religious ethic that parallels Max Weber's Protestant Ethic; and a belief in "the sustaining liberty of consciousness" whereby religious authorities developed a hierarchal identity that complemented free market innovation. These cultural ideologies, concludes Wuthnow, shaped and impacted religion in Texas well into the twentieth century.

Scholars of Texas history will find Rough Country's data and empirical content useful in situating the religious culture of Texas amid interrelated forces of politics and social space. As one brief example, Wuthnow provides insight into how a single state can foster political office holders as different as Rick Perry and Ann Richards. His "multilevel" approach allows readers to imagine how the vast expanse of Texan geography, with its disparate climates and regions, shapes residents' worldviews. Perry, who spent his formative years as the son of cotton farmers in the wide open spaces of west Texas and later as a student at Texas A&M University (the state's premiere agricultural and mining school), might well approach the world differently than Richards, who grew up in the hill country of central Texas studded with urban areas such as Waco and Austin with their nationally renowned research universities.

Sociologically, it is important to explore Wuthnow's work as an exercise in theoretical synthesis and theory testing—the book's greatest strength and liability. Rough Country, in the spirit of Wuthnow's earlier work, is at its best when it takes the risk of linking social theories to empirical evidence. Wuthnow manages to avoid the fruitless exercise that is often the "culture versus structure" debate, choosing instead to depict a social system fluid enough to account for the variability of cultural and structural dynamics. "Social processes," he writes, "typically involve contingencies, unique historical circumstances, constraints, and decisions that cannot readily be understood by single variables, no matter how theoretically or deductively logical those variables may be" (457). Wuthnow lays a conceptual foundation for Rough Country whereby religious practice and belief function as correlates of multiple factors (racial, ethnic, social interactive, state-level structure, power dynamics) examined empirically.

Having established this analytical framework, Wuthnow offers an authoritative account of Texas history and the importance of religion in structuring the state's politics. Drawing upon sources from personal narratives and oral histories to contemporary survey and institutional data, Wuthnow demonstrates that empirical evidence is most useful as an explanatory tool when linked to a theoretical perspective. Most impressive is how his materials never stray far from the theoretical concerns of Rough Country and his commitment to presenting social life as a constant interplay between individuals, their stories and everyday experiences, and the macro forces of politics, institutions and the state, which constrain and enable action.

One trenchant insight suggests how religion is interpreted and used as a resource in distinct ways for whites and African Americans. For white Texans, religion has served as a marker of social status and as a means of racial segregation. On the one hand, church membership lends propriety and uprightness to the white middle class. On the other hand, segregated churches have reinforced a perceived "racial harmony" (13). Similarly, Wuthnow explores the intersection of religion and gender, showing religion's potential to foster traditionalism as well as progressive activism. Among the pious, religion can serve as a means of reinforcing traditional gender roles and expectations. While biblical narratives could be marshalled as evidence of godly women's roles that included submission to the husband, later developments saw denominations such as Congregationalists and Universalists drawing from distinct theological narratives that advanced progressive changes favoring women. Wuthnow is careful to mark the complexity of the politics of race, gender, and religion in this place and time. He resists monocausal explanations, choosing instead a framework that characterizes historical processes as a web of interrelated macro and micro forces.

The emphasis of Rough Country is on Texas history and the use of empirical evidence to weave a narrative about religion in the making of the United States's second largest state. From the role of slavery to the rise of conservative politicians such as George W. Bush, Rick Perry, and Ted Cruz, Wuthnow argues that Texas is less an exceptional case and more of a mirror of macro-level developments that characterize the United States. The role of Catholicism and Protestantism in shaping Texas has characterized the development of American society more generally. In this way, Rough Country functions as a hybrid work that is both historical and sociological.

I'm skeptical of generalizing from Texas to broader US social currents. For instance, Wuthnow writes that "[a]lthough it is true that much about Texas is distinctive to its own location and history, Texas also serves valuably as a place in which to examine the developments and cultural dynamics that have over the past century and a half decidedly shaped America" (6). While the sheer size, diversity, and geographic complexity of Texas may sometimes allow the state to stand for the nation as a whole (or allow some of its politicians to think it does), this approach diminishes the overall diversity of American society. How can Texas inform the religious dynamics of Chicago, Boston, or Salt Lake City? How does the geography of Texas, with its open ranges, close proximity to Mexico, and historic dependence on oil extraction—a feature deeply tied to geological formation—represent broader social currents in US society? Is Rough Country a generalizable case study, as Wuthnow argues, or does it mainly aim to capture the distinctive dynamics of the Texan experience?

Gabriel A. Acevedo is Associate Professor of Sociology at the University of Texas at San Antonio. His publications have appeared in Social Forces, Sociological Theory, Journal for the Scientific Study of Religion, Social Science Quarterly, Sociological Spectrum, Narrative Inquiry, and The Journal of Comparative Family Studies. 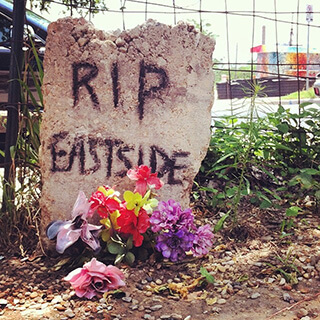 Crossing Over: Sustainability, New Urbanism, and Gentrification in Austin, Texas 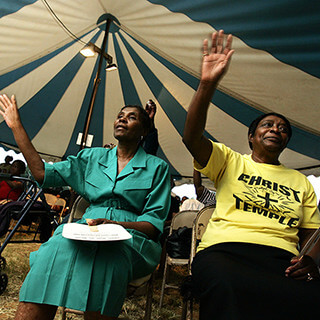 Religion and the US South