"Let the Negro fight his own battles," declared Felix Tijerina, a Mexican American civil rights activist in Texas and the national president of the League of United Latin American Citizens (LULAC), in 1957. Tijerina was responding to the suggestion by some LULAC colleagues that Mexican Americans ally with African Americans. "[The Negro's] problems are not mine," he retorted. "I don't want to ally with him" (1). Thirteen years later, Reverend D. Leon Everett, the lone black member of the Houston school board, and a leader of the local chapter of the National Association for the Advancement of Colored People (NAACP), expressed pessimism over the possibility for black-brown unity after a Mexican American youth told him that "[w]e don't want to go to school with the Blacks because they are dirty!" "As a Black man I will join any group of oppressed people," he declared, "but when that group employs the same form of discrimination that I have been up against all these years, I will cut them loose." Everett proved just as susceptible to the monolithic view, denouncing Mexican Americans en masse as he too declared: "Let them fight their own battles" (1–2).

The rejection of interracial cooperation embodied in these mutual rebukes provides the starting point for Brian D. Behnken, an assistant professor in the department of history and the US Latino/a Studies program at Iowa State University. In the quarter of a century after World War II, both groups struggled for civil rights, pursuing courtroom strategies, exercising the franchise, and marching—and both achieved significant victories. Yet, "unification largely eluded these groups," argues Behnken. "Instead, two separate civil rights struggles occurred simultaneously. Despite repeated calls for cooperation and a number of examples of interethnic alliances, African Americans and Mexican Americans ultimately 'fought their own battles'" (2). Behnken examines these movements, both as mutually exclusive entities and in cooperation and conflict. Although devoting equal attention to both groups, he is most provocative in his discussion of Mexican Americans.

Responding to a scholarly tendency to study the civil rights movement as a southern phenomenon involving only blacks and whites, Behnken focuses on Texas, a state with significant Mexican American and African American populations in roughly equal numbers. Reflecting this demography, Texas maintained a "dual Jim Crow system" (5) which enforced discrimination against both populations through a hodge-podge of laws and customs, and separated both groups not only from whites but from one another. "Anglos had set these groups apart for the purpose of maintaining white supremacy. To acquire power from whites, blacks and Mexican Americans had to work against each other" (230). Behnken proceeds from World War II to the early 1970s, examining the strategies and tactics employed by the black and Mexican American populations in their struggles, as well as the (usually fleeting) efforts of the two to work together. Eschewing more conventional historiography that emphasizes an abrupt shift from nonviolent protest to a more confrontational posture in the late 1960s, Behnken explores a generally neglected period of transition. Scholars have "largely ignored the period between the days of nonviolence and the days of Black Power and Brown Power," he writes. "Rather than one movement ending and another beginning, an evolutionary process took place—the Mexican American and African American movements evolved into something different, and Black or Brown Power were hardly forgone conclusions" (131).

Behnken provides an incisive examination of various obstacles to successful interracial coalition. One was the tendency of each group to internalize white-authored stereotypes about the other. "Some African Americans tended to regard Mexican Americans as foreigners who took jobs from the native born" and "as competitors who took political power away from African Americans and monopolized government aid programs" (9). A second obstacle was the proclivity of each group to seek the support of the other without having to reciprocate. A third was racial geography: with the exception of some of the larger cities, blacks and Mexican Americans lived in different areas of the state. In Crystal City, the site of a major Mexican American struggle, blacks "comprised only 2 percent of the population, or less than two hundred people," Behnken explains. "Few blacks traveled to Crystal City to join the political protests. By the same token, few Mexican Americans from South and Southwest Texas went to cities like Dallas and Houston to take part in the [black-led] sit-ins. Moreover, African Americans in Crystal City backed the Anglo political machine" (97–98).

Although the whiteness strategy enabled them to make gains, Mexican Americans found it unsatisfying because, even if they could compel the state to recognize them as white some of the time, they could do little to alter the attitudes of white citizens and officials or the racially discriminatory practices which they enforced. Behnken shows that in a number of instances Mexican American leaders successfully lobbied institutions, such as hospitals, to remove the category of Mexican from forms and to categorize Mexican Americans formally as whites. Often, however, these same institutions would quietly revert to their earlier tripartite categorization scheme (37).

Some Mexican Americans asserted their whiteness aggressively in their interactions with blacks. In 1950, unknown vigilantes detonated a series of fifteen bombs at the homes of blacks who were integrating a white neighborhood. "Like bombings in Birmingham, Alabama, and other southern cities," writes Behnken, "the terrorist acts in Dallas stemmed from the migration of blacks out of overcrowded segregated neighborhoods and into areas zoned for white use. But in South Dallas, two of the main suspects were Mexican American men who felt threatened by the encroachment of African American families into white neighborhoods. One of these individuals, Pete Garcia, later admitted that he had painted 'For Whites Only' signs in the neighborhood, threatened black home buyers with a knife, and chased two African American real estate agents out of the area" (13). Even some civil rights activists were inclined to assert their whiteness through acts of discrimination against blacks, although they usually did so with words rather than dynamite. LULAC leader Tijerina enforced a strict Jim Crow policy at his business. "He took the unusual step of posting a detailed policy statement, titled 'Negroes,' on the serving of blacks in his Felix Mexican Restaurants," writes Behnken. "Most eating establishments simply hung a 'whites only' sign. But Tijerina charted out specific situations and gave his staff stock statements to use if African Americans attempted to be seated at one of his restaurants" (62). Tijerina and others like him clearly hoped that, by drawing sharp distinctions between themselves and blacks, Mexican Americans might pull themselves into alliance with the whites.

The whiteness strategy achieved limited success in the 1940s and 50s because "some Anglos—among them, Governor Price Daniel . . . recognized Mexican American whiteness" and were receptive to the notion that, since these people "constituted a group of whites, the state could assist them in obtaining equality. State officials did not regard blacks as deserving of equal treatment or, unsurprisingly, as white people" (40). In 1943 Governor Coke R. Stevenson had voiced a similar view: "Meskins is pretty good folks. If it was niggers, it'd be different" (36).

In the late 1960s, Behnken asserts, some Mexican Americans shifted away from whiteness during the Chicano movement. "Chicanos argued that individuals of Mexican heritage were an identifiable minority—they were brown, not white" (10). As they had with their claims to whiteness, these activists alienated potential black allies with the brownness strategy. "Some blacks found the brownness strategy disingenuous. Mexican Americans, these black activists argued, had fought for white rights for decades. Why had they suddenly changed tactics? For African Americans, the answer to this question lay in the success that the black freedom struggle enjoyed in the 1960s and that Mexican Americans coveted" (10). Nevertheless, blacks and Mexican Americans forged stronger alliances during this period—even if sustained solidarity remained elusive. In a rare exhibit of unity, black and Mexican American protesters pitted themselves against white law enforcement officers in Dallas in 1973, resulting in a race riot. The activists were objecting to rampant police brutality evident in recent killings of black and brown residents. "Activists turned on the police officers observing the march. They beat the officers and dispersed them, burned two police motorcycles, and looted more than forty stores along Main Street" (174–175).

Whites sometimes used Mexican American claims of whiteness to stymie civil rights efforts by both minority populations. Amid turmoil over school integration in 1970, Houston officials insisted on classifying Mexican American children as white—despite the demands of contemporary activists to reclassify the population as brown. These officials then mixed Mexican American and black schools (leaving white schools untouched) and declared the schools integrated. In this manner, "Chicanos would serve as symbolic 'whites' for desegregation purposes" (200). "The whiteness strategy had come back to haunt Mexican Americans" (200).

Despite its strengths, Fighting Their Own Battles does suffer from several weaknesses. Behnken does not adequately describe the Jim Crow system as it applied to Mexican Americans. Although he asserts that skin color and social class "allowed some Mexican Americans to avoid the most stultifying aspects of racial segregation" (5), he relies on a number of quotations from the secondary literature to explain Mexican American experiences, leaving readers without a clear understanding of the system. Without a satisfactory description of Jim Crow, it is difficult to assess the efforts of activists to dismantle it. Second, while Behnken provides compelling insights into the strange career of whiteness in Mexican American history, he misses an opportunity to place his findings within a larger historiography. Had he situated the Mexican American whiteness strategy—and its replacement with a brownness strategy—in context with well-documented Irish, Italian, and Polish whiteness strategies, he might have done much to further a larger conversation about white racial formation and reformation. Instead, he offers on this matter a conclusion which is disappointingly summative. Third, Behnken occasionally falls back upon language which reinforces the whiteness which has been, in part, a focus of his study. Perhaps unwittingly, he substitutes the generic words "Americans" and "people" when he means whites: "Americans have generally vilified Black and Chicano Power. People living in the late 1960s and early 1970s saw both as indistinguishable. They represented identically distasteful themes of violence, racism, and anti-Americanism" (193). Finally, Behnken does not provide any maps, a noteworthy oversight in a book that advances an argument rooted in part in social geography.

These concerns aside, Brian Behnken has produced a valuable and challenging comparative study, essential reading for the post-World War II civil rights movement, southern and western history, and whiteness studies. As the author notes in his conclusion, Fighting Their Own Battles is important because black-brown relations (as well as their relations with whites) continue to play a significant role in both Texas and, increasingly, national affairs—as evident in the 2008 Democratic presidential primaries or in the endemic interracial gang killings which characterize relations between these populations in cities such as Los Angeles. While Behnken finds some evidence that "the dividing lines between black and brown may be starting to erode" (236), he argues that the prognosis for the future is as turbulent as the post-World War II era that he documents. "Blacks and Latino/as continue to view each other as competitors, not allies. . . . As the Latino/a community expands, these issues seem likely to persist" (238).

Clayson, William S. Freedom Is Not Enough: The War On Poverty and the Civil Rights Movement in Texas. Austin: University of Texas Press, 2010.

Cole, Thomas R. No Color Is My Kind: The Life of Eldrewey Stearns and the Integration of Houston. Austin: University of Texas Press, 1997. 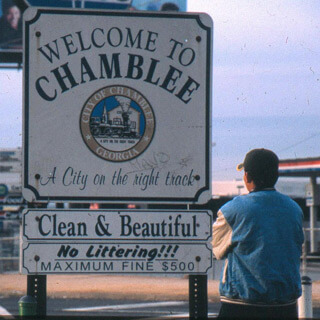 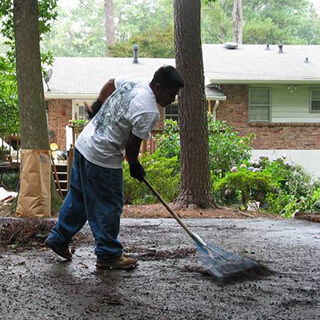