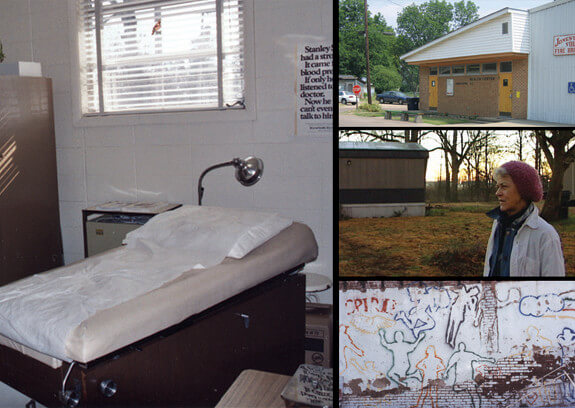 Bodies and Souls profiles the efforts of Sister Manette Durand (1937–2015), a white Catholic nun running the only health clinic in rural Jonestown, Mississippi. Many low-income residents of Jonestown, a largely African American town in the heart of the Delta, suffer from diabetes and heart disease and struggle to obtain basic medical care. This documentary video follows Sister Manette through the daily challenges of providing health care services to this rural population. Despite limited resources, Sister Manette retains a refreshingly practical approach to faith, race, and poverty. Bodies and Souls profiles Sister Manette's labors "to help save bodies, so that the souls can come alive."

Bodies and Souls: Video and Essay

When the body is falling apart, it's hard to pay attention to what your soul is telling you.

After making Waking in Mississippi, I moved to Boston where I spent four years working in the Department of Health Policy and Management at the Harvard School of Public Health. One of our primary foci at the time was racial and gender disparities in healthcare. I learned about common barriers to receiving healthcare and the importance of intervention when looking at large-scale results. While my approach to social justice had once been ideological, now it had a practical foundation. And when I returned to filmmaking, it was with an appreciation for the intersection of policy and social change. For my thesis film in graduate school, I decided to return home to Mississippi and approach the topic of rural healthcare. I grew up in Canton, Mississippi—a few hours drive from Jonestown. My first film, Waking in Mississippi (made with Andre Robinson) explored race relations in my hometown. The film delved into the election of the first black mayor in 1994 and the filming of A Time to Kill one year later. The mayoral race ended in threats of a riot. One year later, a race riot was the climactic scene in A Time to Kill, which was filmed entirely on-location in Canton. It wasn't until Bodies and Souls that I returned to Mississippi with a camera.

I knew that I wanted to make a film about rural healthcare, largely explored through observational footage in a clinic, to shed light on the real and daily challenges of keeping the doors open. My initial vision was to follow a clinic providing specialty care to clearly illustrate opportunities for immediate transformation. I thought an AIDS clinic would give me an opportunity to explore issues around race, religion, and sexuality. But as I visited clinic after clinic, I saw that the most prevalent and overwhelming healthcare challenge in the Delta was for primary care. Every clinic I visited was helmed by a Catholic nun or a recent immigrant. These were not places to go to make money. Simply keeping the doors open presented enormous challenges. However, these clinics serve a critical need. Treating the most common chronic conditions such as diabetes, heart disease, and severe arthritis—small rural clinics affected everyday lives.

Although this film is not strictly observational, the work of Fred Wiseman was a prominent guidepost throughout the process, as it is in much of my work. I studied his films Hospital, Welfare, and Public Housing, each of which consists entirely of observational footage without narration or interviews. While certainly not unmediated, I was drawn to this immersive style for Bodies and Souls. My goal was to allow the viewer an opportunity to feel part of Jonestown, to feel immersed in the fabric of the community, to feel the challenges of life and complexity of relationships in their own way.

In 2006, Mississippi had one of the lowest number of physicians per capita in the nation (177 per 100,000 versus the national average of 267 per 100,000). Mississippi has the highest national level of obesity (32.5%), a condition linked to diabetes, heart disease, and countless other ailments. The Mississippi Delta is at the epicenter of these trends, and Jonestown is located in the heart of the Delta. Between the Yazoo and Mississippi Rivers, this town of 1,600 people, 96% of whom are African American, is a half hour from Clarksdale, a town of twenty thousand. Jonestown has one elementary school and sends its older students to schools in Clarksdale. Of local residents, 50% of adults have not graduated from high school and over 30% do not have access to a car, despite a complete lack of public transportation. Before Sister Manette took on the clinic, there had been no healthcare available in Jonestown for 15 years.

There is no denying the correlation between poverty, and poor health outcomes. The crisis and need in rural areas for intervention is obvious. What are our values as a society if we allow so many people to fall through the cracks? Bodies and Souls follows the work of one woman who has dedicated her life to imparting lasting change on a community, one patient at a time.

Christie Herring received her MA in documentary film and video from Stanford University and currently lives in San Francisco, California, where she works in independent film and online media. Herring began making films after graduating from Duke University. There, she collaborated with Andre Robinson in producing and directing Waking in Mississippi. This sixty-minute video about race relations in her hometown has been shown across the country, including a special screening at the National Civil Rights Museum in Memphis, Tennessee during the thirtieth anniversary commemoration of the assassination of Martin Luther King, Jr. In addition to media production, Herring has worked in public health research, anti-violence outreach, and virtual reality gaming. This film was made with support from the Phil Hardin Foundation, the Tom Pollack Foundation, and the Community Foundation of Northwest Mississippi.

In October 2015, Southern Spaces updated this video publication as part of the journal's redesign and migration to Drupal 7. Updates include new images, a high-resolution version of the film submitted by the author, as well as revised recommended resources and related publications. For access to the original layout, paste this publication's url into the Internet Archive: Wayback Machine and view any version of the piece that pre-dates October 2015.

Nienaber, Georgianne. "The Campaign: The Audacity of Hope Did Not Die in Maine." Huffington Post, March 18, 2010. http://www.huffingtonpost.com/georgianne-nienaber/the-campaign-the-audacity_b_349479.html.

US Federation of the Sisters of Saint Joseph. St. Louis, Missouri. http://www.sistersofsaintjosephfederation.org. 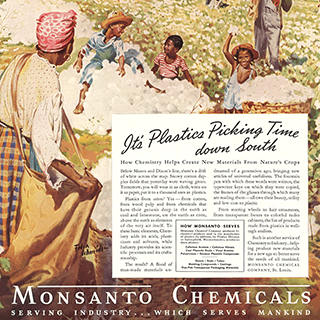 Toxic Knowledge: A Review of Baptized in PCBs 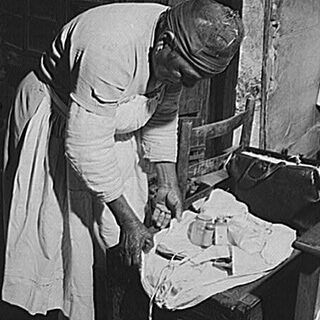