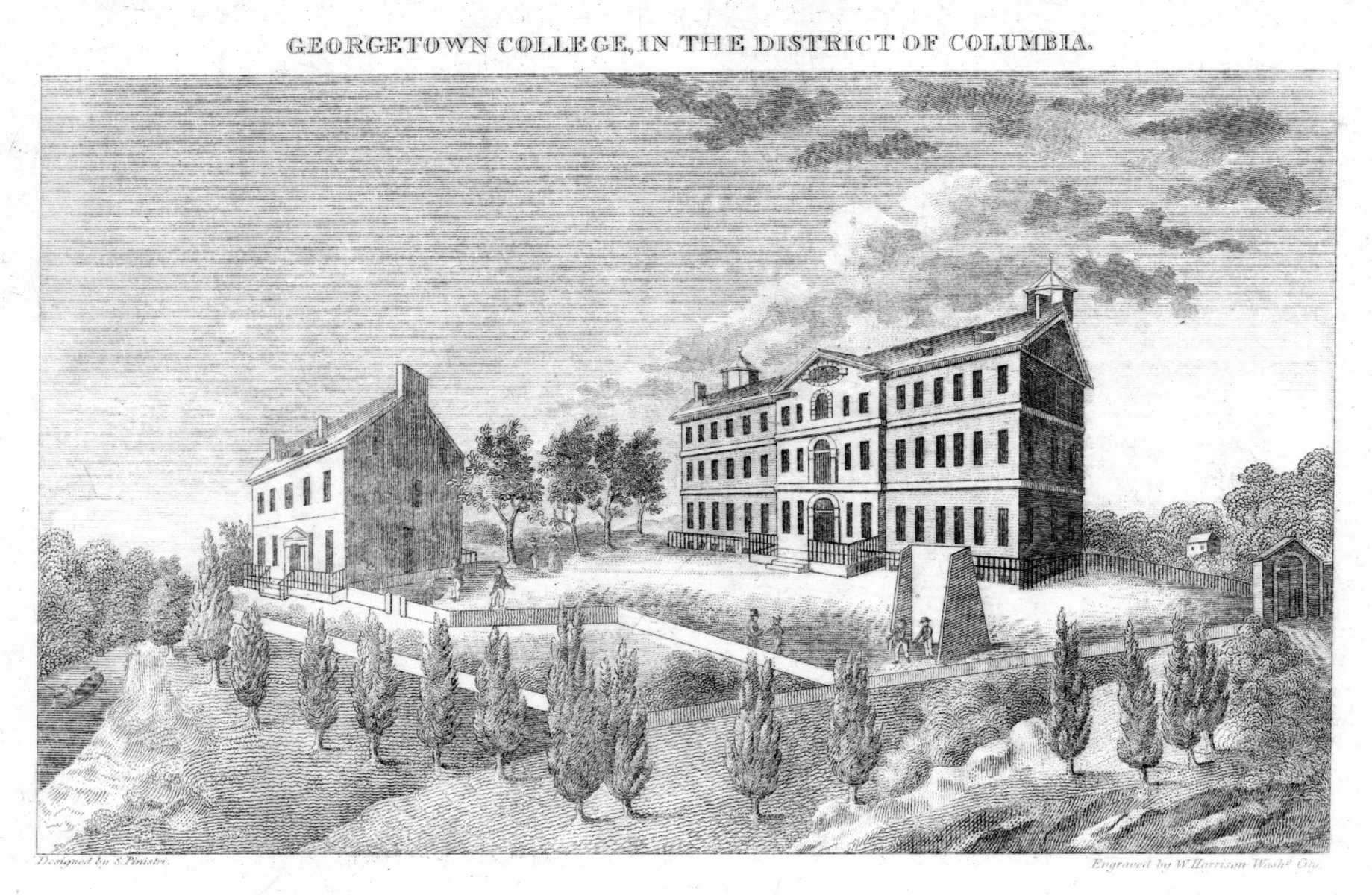 For over seventy years, the enslaved families of Prince George's County, Maryland, filed hundreds of suits for their freedom against a powerful circle of slaveholders, taking their cause all the way to the Supreme Court. In this excerpt from A Question of Freedom: The Families Who Challenged Slavery from the Nation’s Founding to the Civil War (Yale University Press, 2020), William G. Thomas introduces a major theme of his book: the nation's present-day need to confront the legacy of slavery and to reckon with "real histories, with real families whose descendants live among us."

Excerpted from the prologue with permission from Yale University Press.

It was early morning when I crossed the Francis Scott Key Bridge from Virginia into Georgetown. College spires loomed in the distance, gray in the dawn light. I was headed to a religious service at Georgetown University that would acknowledge the trauma of a massive slave sale in 1838, a deal that shored up the finances of the struggling college and sent more than two hundred men, women, and children into the cane fields of Louisiana. Most of the families torn apart in the sale could trace their lineage to White Marsh, one of the Jesuit-owned plantations located in Prince George's County, Maryland.

I had been researching the history of the White Marsh families for nearly a decade, uncovering the lawsuits they had brought against the Jesuits and other prominent Maryland slaveholders long before the 1838 sale. Some won their freedom. Others didn't—but each of their cases challenged the legitimacy of slavery in American law. Together they counted among the most significant freedom suits in U.S. history. And there were hundreds of others. Yet their particular stories would lead me, like the Georgetown Jesuits, to reckon with what I did not know about my own family and its role in this story.

More than a hundred descendants, a dozen university officials, and a cluster of Jesuit priests assembled inside Healy Hall for the liturgy and slowly processed into an ornate, wood-paneled auditorium on the third floor. After the opening prayer Sandra Green Thomas rose to address the congregation. Thomas, a descendant of the Harris and Ware families and president of the GU272 Descendants Association, waited a long moment before speaking. "My people were humble," she began. "They provided for their families. They tried to protect their children as best they could from the cruelties of this world, but given what the world is and what people can be, they were not always as successful as they would have hoped." The anguish and fortitude of her ancestors echoed in the firmness of her tone. "Their pain was unparalleled," she observed. "Their pain is still here. It burns in the soul of every person of African descent in the United States. It lives in people, some of whom have no knowledge of its origins but cope with the ever-present longing and lack it causes."1"Liturgy of Remembrance, Contrition, and Hope," Georgetown University, April 18, 2017. Notes and recording in possession of the author. A full recording is available at from Georgetown University at https://www.youtube.com/watch?v=tO4Xsz36kTU, with Sandra Green Thomas's remarks beginning at minute 29:33. Several major research projects have come to the fore around the Georgetown history. First, the Georgetown Slavery Archive (slaveryarchive.georgetown.edu, herein abbreviated GSA) is a repository of archival materials related to the Maryland Jesuits and Georgetown University. Second, the Georgetown Memory Project (www.georgetownmemoryproject.org) is an independent nonprofit dedicated to researching, finding, and advocating for the descendants of the 272. The project released its database of descendants in May 2019 with American Ancestors by the New England Historic Genealogical Society (see the GU272 Descendants, 1785–2000 database, www.americanancestors.org/search/databasesearch/2756/gu272-descendants-1785-2000). Third, historian Sharon Leon has undertaken a highly significant digital history-based analysis of the families on the Jesuit plantations. See Sharon Leon, The Jesuit Plantation Project: An Examination of the Enslaved Persons Owned (and Sold) by the Maryland Province Jesuits, 1717–1838 (https://jesuitplantationproject.org). I have also followed closely the Universities Studying Slavery working group at the University of Virginia since 2014 (slavery.virginia.edu/universities-studying-slavery) and other university reports, especially Stephen Mullen and Simon Newman, Slavery, Abolition and the University of Glasgow, Report and Recommendations of the University of Glasgow History of Slavery Steering Committee (September 2018), and Princeton Seminary and Slavery: A Report of the Historical Audit Committee (slavery.ptsem.edu/full-report). Also see Craig Steven Wilder, Ebony and Ivy: Race, Slavery, and the Troubled History of America's Universities, reprint ed. (New York: Bloomsbury, 2014).

I had met Thomas in New Orleans for the first time a few weeks before the ceremony. I had asked her then what slavery meant to her family, and she had said that slavery was quite simply one thing: theft. To understand American history required dealing with the fact that slavery was premised on a series of lies. The slaveholders, whether Jesuit priests or English tobacco planters, saw themselves differently, of course. We had talked about how they rationalized slavery on the basis of race, religion, law, science, and history and with myriad other prejudices, doctrines, sentiments, and myths.

Now, I wondered how Thomas would broach the lies that slaveholders told and the theft that slavery was. She turned to the heart of the matter, and to the Jesuits whose predecessors had enslaved her ancestors. "I know it is difficult to honestly look at yourself, the way you operate in the world, and your true motivations and priorities." Americans face an uncomfortable truth, she noted. History demanded "self-revelation" about the stories we accept without questioning, about the narratives we use without thinking. She offered forgiveness to the Jesuits, but she sought justice. Thomas spoke for all of the descendants who thirsted for an acknowledgment of their family's particular enslavement, and after she finished thunderous applause erupted in the room.

An expectant hush fell across the auditorium as the Reverend Tim Kesicki, a Jesuit priest and president of the Jesuit Conference of Canada and the United States, rose to address the descendants. He wore a plain black business suit and Roman clerical collar. With an air of earnestness, he spoke slowly, like a pastor to his flock. The long shadow of enslavement, Kesicki said, "remains with us to this day, trapping us in an historic truth." The truth, he admitted, was that the Jesuits had "betrayed the very name of Jesus." Kesicki offered a sweeping apology, confessed the sin of enslavement, and sought "on bended knee" forgiveness for the Jesuits' entire participation in slavery.

But he did not kneel. The remarks, sincere and heartfelt as they were, seemed strangely inadequate. Kesicki wished to acknowledge the sins of the past but was unprepared to deal with the real trauma the Church had caused and offered no meaningful pathway forward. His apology and the request for forgiveness fell flat. Descendants turned their heads away.

In this uncomfortable moment, something more than a Jesuit failure came into view—Kesicki's words symbolized an American failure to deal with a hurtful history. He had not referred to a single descendant or ancestor by name; he had directed his apology to his "sisters and brothers." For hundreds of years the Jesuits had spoken to the enslaved families on similar occasions without addressing them individually, and here at Georgetown the particularity of their enslavement appeared again to be disregarded. Kesicki's apology, nonetheless, marked a subtle but decisive departure in the Jesuits' acknowledgment of their role in slavery. Even the most recent Jesuit histories had failed to fully acknowledge the Society of Jesus's complicity. Indeed, until Kesicki spoke, most attempts to come to terms with this history had downplayed the Jesuit slaveholders' actions: decisions explained, rationalized, and inspected, all pointing to something called "slavery" but not to the families they enslaved. The same vagueness could describe how Americans more generally regard slavery.2Robert Emmett Curran, Shaping American Catholicism: Maryland and New York, 1805–1915 (Washington, D.C.: Catholic University Press, 2012), 36–38. See also Edward F. Beckett, "Listening to Our History: Inculturation and Jesuit Slaveholding," Studies in the Spirituality of Jesuits 28, no. 5 (1996), which explains the Jesuits as paternalists: "To a certain extent, the plantation formed a kind of domestic parish to which slaves belonged" (11). Beckett concludes that Jesuits treated slaves "no worse than" other slaveholders, but following Curran, he emphasizes that the Jesuits encouraged slaves to gain skills. In the most recent and thorough review of Jesuit slaveholding in Maryland, Thomas Murphy, S.J., argues that the Jesuits understood themselves as paternalists and as superior, like all other enslavers in the early American republic. His account is the most balanced examination of the Jesuit role in slaveholding, yet his stance is similarly apologetic. As for their decision to sell supernumerary slaves, Murphy concludes that the Jesuits could not bring themselves to do so and instead sold the physically fit and "missed an opportunity to develop a morally strong case for making profits out of right motives." See Murphy, Jesuit Slaveholding in Maryland, 1717–1838 (New York: Routledge, 2001), 72.

But America's founding, like Georgetown University's, cannot be disentangled from its enslavement of particular families. Our national imagination still sees slavery as an aberration, a detour, from the true story of the country. Many Americans see enslaved people in history as faceless and nameless, victims of a long-ago system that has now disappeared. In such a situation, the nation needs to experience what we at the liturgy experienced: a confrontation, a reckoning, with real people, with real histories, with real families whose descendants live among us. Until such encounters happen more widely, Americans will continue to live in separate historical spheres of understanding, a condition that more than anything limits our ability to come to terms with the past. We cannot, of course, do anything to change what happened long ago, but we can change the way we understand what happened and what it means to us in the present.3A central aspect of the approach taken here is historical imagination. This asks readers to experience a world other than their own and to step outside of themselves into the characters in this history. Recent examples of narrative imagination include Imani Perry, Looking for Lorraine: The Radiant and Radical Life of Lorraine Hansberry (Boston: Beacon Press, 2018); Lisa Brooks, Our Beloved Kin: A New History of King Philip's War (New Haven: Yale University Press, 2018); and Saidiya Hartman, Wayward Lives, Beautiful Experiments: Intimate Histories of Social Upheaval (New York: W. W. Norton, 2019). Each is an inspiration in the form of its narrative and in its attention to re-creating the voices, situations, and daily experiences of people left out of the archive. See also Natalie Zemon Davis, The Return of Martin Guerre (Cambridge: Harvard University Press, 1983).

West, Robert Mathew. Academic Bondage: A Look at the History of Slavery on University Campuses in America and How These Schools are Addressing Their Past. MA Thesis, University of Georgia, 2016. https://getd.libs.uga.edu/pdfs/west_robert_m_201605_mhp.pdf. 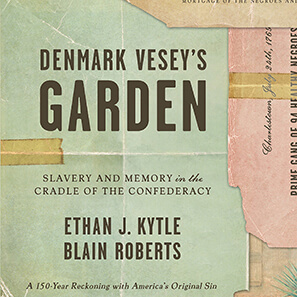 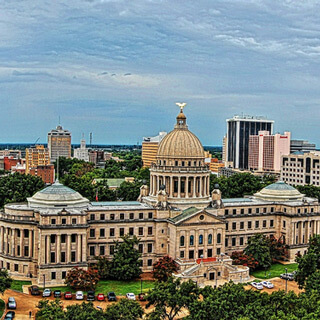 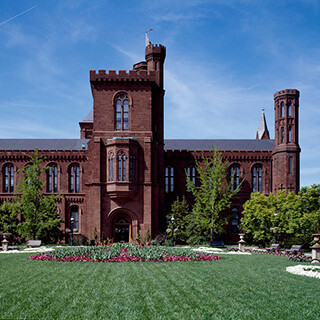 Enslaved Labor and Building the Smithsonian: Reading the Stones