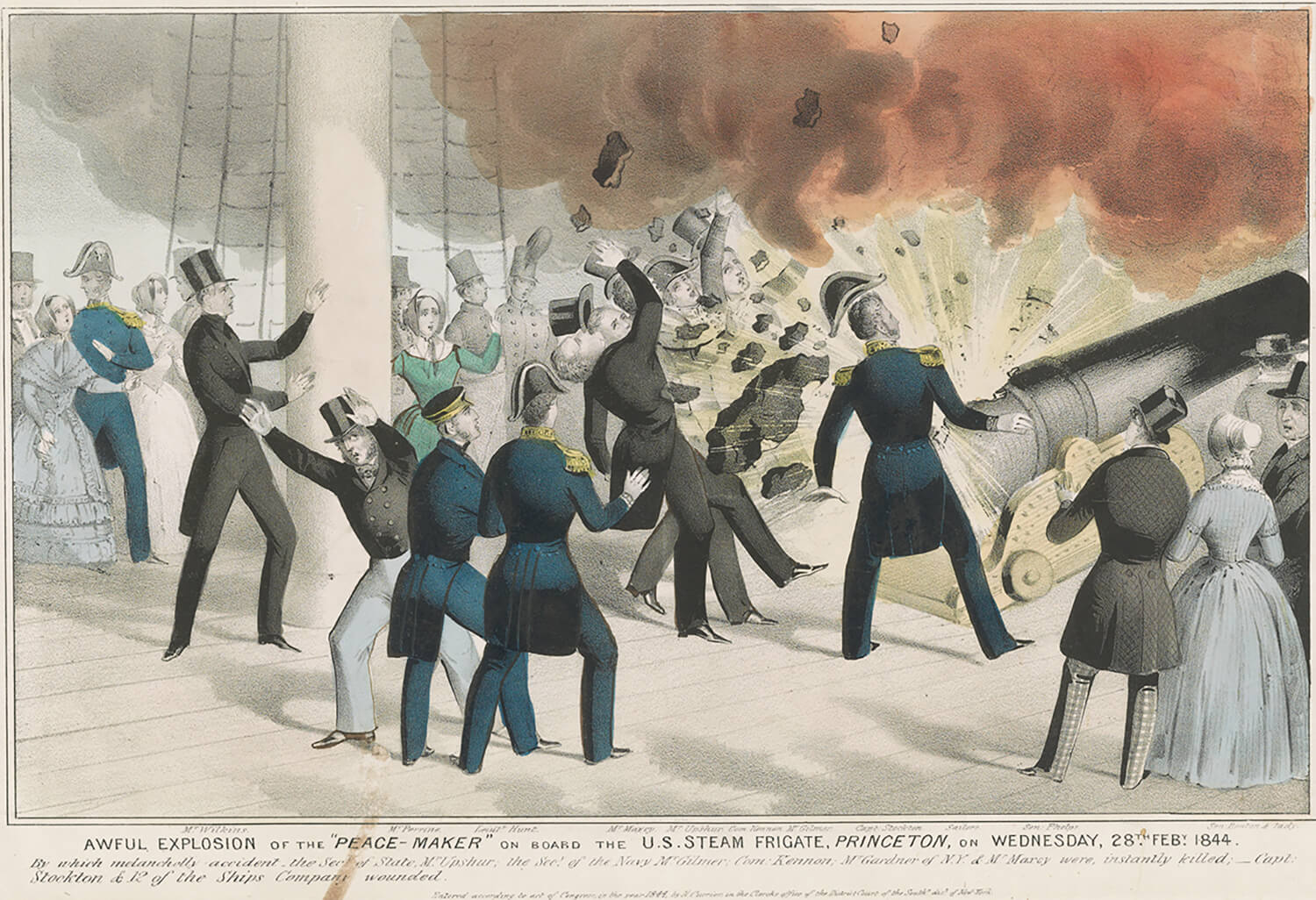 By the middle decades of the nineteenth century, the cause of worldwide abolition was riding high. Nearly a half century had passed since revolutionary fervor put slavery on a gradual path to extinction in parts of the United States and on a more immediate one in Haiti. In the 1830s this international movement reached its apex as the British empire abolished slavery. It seemed to be an era of emancipation. Matthew Karp's This Vast Southern Empire: Slaveholders at the Helm of American Foreign Policy joins a chorus of scholarship urging us not to assume emancipation in some parts necessarily boded poorly for slavery in all parts of the Atlantic world. In fact, this so-called age of emancipation coincided with the tremendous growth and entrenchment of a second slavery as masters in the United States, Cuba, and Brazil profited enormously from the labor of enslaved peoples who produced the cotton, sugar, and coffee that fed the Atlantic economy.1Recent work on the relationship between slavery and capitalism has emphasized the vitality of slavery during the nineteenth century; see Walter Johnson, River of Dark Dreams: Slavery and Empire in the Cotton Kingdom (Cambridge, MA: Harvard University Press, 2013); Sven Beckert, Empire of Cotton: A Global History (New York: Knopf, 2014); and Edward E. Baptist, The Half Has Never Been Told: Slavery and the Making of American Capitalism (New York: Basic Books, 2014). For the "second slavery" see Dale W. Tomich, Through the Prism of Slavery: Labor, Capital, and World Economy (Lanham, MD: Rowman and Littlefield Publishers, 2003). Just as abolitionists understood themselves within a worldwide network in opposition to bondage, slaveholders envisioned their struggle to maintain mastery as an international endeavor. Karp, assistant professor of history at Princeton, turns his attention to one of the most powerful tools slaveholders employed in this fight: the foreign and military policies of the United States.

Karp depicts US slaveholders as modern, confident, and self-assured—and in near complete control of the nation's foreign affairs and military. Resonating with much recent scholarship, Karp presents these men, their worldview, and their institutions not as an aberration in the development of the United States or departure from the emerging capitalist world order, but integral to both. They were ardent American nationalists who saw no difference between the vitality of the US South and of the nation writ large. Karp draws his title from a letter published in the Richmond Enquirer amid national debate over the annexation of Texas in 1844. C. R. Fontaine, the letter's author and one of the paper's "particularly hot-tempered" correspondents from central Virginia, was decidedly pro-annexation and attacked his antislavery opponents as wanting nothing more than to hasten the destruction of "this vast Southern Empire" (7–8). For Fontaine and his cohort, that empire was not the South itself but the entire United States, a nation inextricably and fundamentally tied to slavery.

Abolitionists inveighed that southerners exercised a degree of influence on federal policies that outsized their demographic presence. Generations of historians have subsequently substantiated such claims.2The fullest account of the control slaveholders had on the federal government can be found in Don E. Fehrenbacher, The Slaveholding Republic: An Account of the United States Government's Relations to Slavery (Oxford, UK: Oxford University Press, 2001). Nowhere was southern dominance more evident than at the highest levels of the nation's foreign policy and military apparatus. Karp goes beyond the numerical majority of men like John C. Calhoun, James K. Polk, Jefferson Davis, and Abel Upshur in deciding the United States' path beyond its shores; he explores what it meant for a nation's role abroad to be guided by men who based their identity in mastery at home. In scrutinizing presidents, cabinet secretaries, diplomats, members of congress, military leaders, and journalists, Karp draws upon such well-trodden sources as personal papers, political correspondence, congressional records, and newspapers and other periodicals. From this vantage he examines the slave power's influence on US foreign policy from Britain's abolition of slavery in 1833 through the secession crisis.

For proslavery policymakers, Great Britain represented the greatest existential threat. When the Atlantic's preeminent commercial and military power moved to abolish slavery in its empire, the battle lines were drawn in the international struggle between free and bound systems of labor

To combat the abolitionist threat, US slavers invested their energy and resources in an unlikely place: the navy. In what is perhaps Karp's most original contribution, he catalogues naval reforms around midcentury that were spearheaded by two Virginians: Secretary of the Navy Abel Upshur and Superintendent of the US Naval Observatory, Matthew Fontaine Maury. Embracing steam power, reorganizing the officer corps, and establishing the Naval Academy at Annapolis were initiatives championed by southerners, in addition to advocating expanded coastal defenses along the Gulf of Mexico and a greater naval presence in the South. The navy was central to the international perspective of slaveholders—to defend against British-led abolitionist incursions and to project power across the Caribbean basin. Karp argues that naval reform convinced many among the slaveholding elite who were leery of centralized power that it was necessary to embrace federal power to achieve their goals. For Karp, there is a consistency across these positions that is rooted in an overwhelming commitment to maintain slavery at home and abroad.

The navy was never the object of southerners' proslavery agenda, but a tool to achieve those ends. More fundamental to the slaver's world were the agricultural commodities that underpinned the Atlantic economy and the systems of bound labor that supported their cultivation. The slaveholding elite Karp studies embraced a vision of modernity at odds with their retrograde image. The slaveholders guiding federal policies adopted ideas that resonated with similar ideas that spread across the Atlantic. By lauding global free trade, imperialism, and scientific racism, while marshalling whatever proof they had of emancipation's failures in the Caribbean and in the North, the intellectual world of US slavers was not at odds with the developing capitalist order. "Racial hierarchy, coerced labor, and open commerce," writes Karp, "these, for the proslavery South, were the lineaments of global modernity in the mid-nineteenth century" (169–170). Amid the domestic crises of the 1840s and 1850s, slaveholders in Washington used foreign policy to support this worldview. Free trade with Great Britain, penetration of slave-grown commodities in markets across the globe, and significant changes in the size and structure of the US Army were all part of the foreign policy of slavery, and all relied on the ability of southern slaveholding elites to embrace the expansion of federal power.

But the crux of This Vast Southern Empire is not found in esoteric debates over tariffs or the particulars of military expansion and naval modernization. Central to Karp's narrative and the defining feature of slaveholder internationalism was how the makers of US foreign policy understood the nation's relationship with the other slave societies of the Americas. For Karp's proslavery diplomats, the success of slavery in any one place depended on the institution's preservation across all spaces. The overriding goal was to keep or make safe as much space as possible across the hemisphere for bonded labor, whether under the United States' direct control or not. Slaveholders in the South and in Washington sought to make common cause with their fellow masters in places such as Cuba and Brazil; the assault on slavery was international, and the defense needed to be likewise.

US overtures to the slaveholding polities of the Americas took various forms, but a fundamental imperative—the continuation of bound labor—emerged in dealings with Cuba, Brazil, and Texas. Across the 1840s and 1850s diplomacy with Cuba required a restrained touch. Despite constant fears of a servile uprising, slaveholding policymakers shunned direct intervention, not out of fear that the nation lacked the ability and prowess to control the island but that military action might inspire a Haiti-like revolution. Subsequently, many of Karp's actors were ambivalent about filibustering expeditions, never doubting their aims but their means. In Brazil, US diplomats took a more active role, not out of fear of rebellion like in Cuba, but out of concern that Brazil's continued participation in the international slave trade would draw British intervention that might imperil slavery in South America. Karp examines the efforts of yet another Virginian, Henry A. Wise, to curtail the African slave trade to Brazil. Certainly Texas required the heavy hand of intervention and annexation. From its beginnings, the movement for Texas independence depended upon and was lead by southerners who expanded slavery and the cotton frontier into Mexico’s northeastern flank. A decade of careful politicking in Congress finally made annexation a reality and was, in Karp’s words, "the quintessential achievement of the foreign policy of slavery" (100). Perhaps annexation's most tumultuous legacy, however, was the war with Mexico. Conquest in the Southwest and brinksmanship in the Northwest affirmed the Polk administration's commitment to the foreign policy of slavery. The making of a continental empire signaled the United States' global position, giving slaveholders in Washington greater strength and confidence to pursue their proslavery agenda abroad. Though tactics changed, the ends were the same—maintaining the proslavery spaces of the Americas.

This Vast Southern Empire culminates with an interpretation of secession as a foreign policy decision. The coming of the Lincoln administration seemed to portend the South's exclusion from the foreign affairs and military policy decision-making that the section had used so effectively to buttress chattel slavery at home and elsewhere. While exclusion from familiar channels of power inspired fear and unease among some southerners, others felt optimistic and confident of continuing the foreign policy of slavery as international actors under the Confederate banner. Likely, a Confederate foreign policy of slavery would have looked strikingly similar to its Union forebear.

As Karp describes the international vision of US slaveholders he insists that what defined proslavery foreign policy was not "a ravenous quest for fresh slave territory" and "a desperate search for possible new slave states," but "the need to protect systems of slave property across the hemisphere" (6). He contrasts this with what he sees as the fixation of much historiography on territorial acquisition and filibustering expeditions. Yet, while Karp’s emphasis on foreign policy as a manifestation of institutional power is welcomed, he may overplay his claims to originality. Karp’s observation that slaveholders were internationalists who imagined themselves as part of a network committed to bondage is not new. This Vast Southern Empire should be read alongside the work of Matthew Pratt Guterl and Gerald Horne, scholars who have done much to put southern slaveholders in their international contexts. Guterl’s description of the "habitus" that united slaveholders across the Americas and Horne's discussion of the complex relationship between the South and Brazil resonate with Karp’s formulations.

This Vast Southern Empire tells us something we already knew—that southern slaveholders exercised outsized influence on the federal government. But at its best this work goes beyond that oft-cited abolitionist charge and details how such influence manifested itself in the workings of US power. Karp synthesizes historiography to present an engaging and persuasive narrative of how an elite minority with a shared worldview and set of goals effectively steered federal power for three decades.

Thomas Blake Earle is a postdoctoral fellow at the Center for Presidential History at Southern Methodist University. His scholarship examines the intersection of American foreign relations and the environment during the nineteenth century.

Doyle, Don H. The Cause of All Nations: An International History of the American Civil War. New York: Basic Books, 2015. 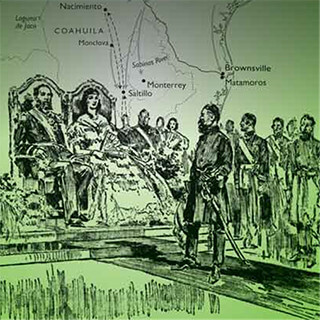 Confederates in Mexico: Lost Cause or New South Vanguard? 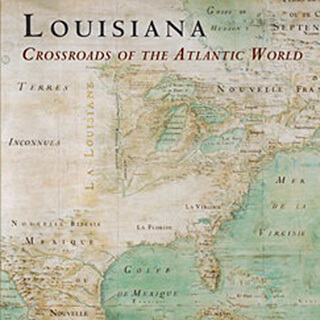 The Web of Cis-Atlantic History: A Review of Louisiana: Crossroads of the Atlantic World 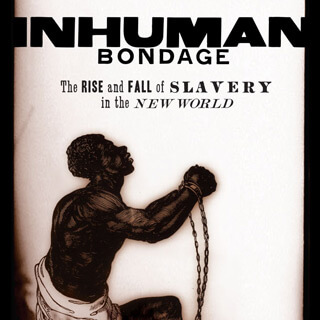