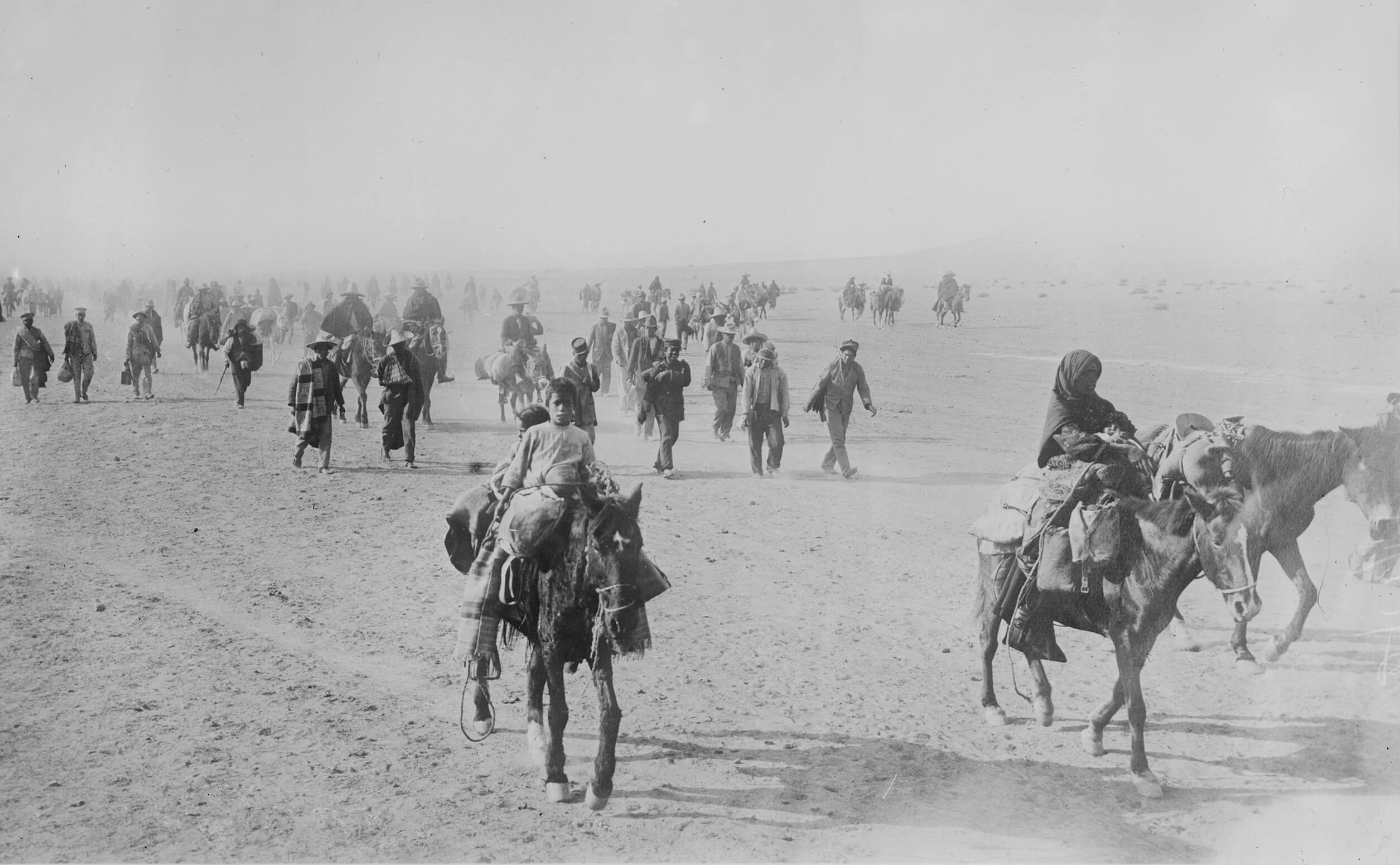 On June 19, 1911, the quiet evening descending on Thorndale, Texas, shattered suddenly when a group of men exiting a saloon attacked a youth they found whittling wood. Eyewitnesses reported that the saloon's owner grabbed fourteen-year-old Antonio Gómez and tossed him to the street. As a crowd closed in around Gómez, he defended himself and fatally stabbed the man striking him. Enraged that Gómez's age made his legal execution impossible, a mob decided to lynch him after first dragging him through the streets by a chain fastened around the boy's neck.

Nicholas Villanueva, Jr. contributes to the emerging scholarship on Anglo mob violence against ethnic Mexicans in the United States in this concise, well-written book. While in Forgotten Dead, William D. Carrigan and Clive Webb show the breadth of anti-Mexican violence in the US West between 1848 and 1928, Villanueva details what this meant for targeted individuals.1William D. Carrigan and Clive Webb, Forgotten Dead: Mob Violence against Mexicans in the United States, 1848–1928 (New York: Oxford University Press, 2013). In particular, he examines Anglo attacks against Mexicans in the 1910s, the decade of the Mexican Revolution. Not limiting his account to civilian attacks, Villanueva contends that "law officers acting as jury, judge, and executioner acted beyond their authority," thereby lynching for the state (6).

If mobs lynched African Americans for alleged offenses that challenged white supremacy, Villanueva argues that Anglos lynched Mexicans to police "citizenship and sovereignty" (5). Although Mexican Americans were "white by law" since 1848 when the Treaty of Guadalupe Hidalgo granted citizenship to the Mexican inhabitants of the newly acquired territory, Anglo immigrants to Texas viewed Mexicans as "greaser[s]," undeserving of equal rights (11). Unable to impose Jim Crow policies on Mexican Americans legally, a less formal "Juan Crow" pattern of prejudice emerged (33). In 1893 and 1905, Texas passed a series of English-only laws that paved the way for the segregation of Mexicans in public schools. Outraged over the unequal treatment of their children, Mexican Americans in San Angelo protested, asserting their rights as US citizens. In an early example of non-violent protest that would characterize later civil rights efforts to desegregate the classroom, Mexican families withheld the names of their school-age children from federal census takers to deny money to a system that discriminated against them. Rather than accept Juan Crow, Mexican Americans advocated for their civil rights and boycotted separate and unequal schooling (37). Their protests made headlines across the state, but international events derailed the effort and plunged the borderlands into the deadliest decade in the state's history.

In a series of case studies Villanueva makes clear that violence against Mexicans in Texas must be understood in a borderlands context, with events in one country affecting race relations in the other. The Mexican Revolution of 1910 played out transnationally, with leaders hiding in exile in Texas, and sedicioso raiders striking US settlements along the border. News reports of attacks on Anglos in Mexico fueled anti-Mexican sentiment in the United States. In November 1910, an Anglo mob in Rocksprings, Texas, stormed the jail and seized Antonio Rodríguez. Claiming that the young migrant worker had raped a white woman, the mob doused him in oil and burned him alive. Anti-American riots broke out across Mexico following news of the lynching and further fueled anti-Mexican sentiment in the borderlands. Anglo Texans viewed refugees of the Mexican Revolution—mostly poor, dark-skinned, working class people—as potential enemies whom they felt free to attack. These changing demographics occurring in the midst of international tensions exacerbated racist fears and help to explain why approximately 20 percent of the documented lynchings of Mexicans in the United States occurred between 1910 and 1920 (6).

Villanueva's boldest argument is his consideration of state-level forces in Texas as lynchers. In 1911, an Anglo mob surrounded the west Texas jail holding Leon Martínez, Jr. Believing him guilty of murdering a young white school teacher, the local sheriff demanded the fifteen-year-old confess or be turned over to the mob outside. Martínez confessed, but asserted his innocence after the mob dispersed. Despite efforts by Mexican American advocates and the Spanish language press, the Texas justice system refused to consider the circumstances which led to the confession and executed the young man in 1914. Villanueva makes a compelling argument for Martínez's coerced confession as a state complicit "legal lynching" (80). In examining another incident—a murderous village assault—Villanueva stretches this argument.

On January 28, 1918, an armed group of Texas Rangers and Anglo ranchers entered El Porvenir, a community of approximately 140 ethnic Mexicans deep in the Big Bend. Accusing the inhabitants of sheltering raiders who had attacked an Anglo ranch, the strike force searched the village. Upon the discovery of two firearms and a pair of boots similar to ones reported stolen, officers led fifteen of the villagers, Mexican Americans, and Mexican refugees away and shot them. The men killed that night ranged in age from sixteen to seventy-two.

In labeling state attacks as lynching, Villanueva goes further than his predecessors. Chicana/o and borderlands historians have well-documented the institutional racism of the Texas Rangers and their role as state enforcers of white supremacy.2Miguel Antonio Levario, Militarizing the Border: When Mexicans Became the Enemy (College Station: Texas A&M University Press, 2012), 17; and Américo Paredes, With His Pistol in His Hand: A Border Ballad & Its Hero (Austin: University of Texas Press, 1958), 24. Other historians have considered this police force's attacks as state-sanctioned violence.3Gary Clayton Anderson, The Conquest of Texas: Ethnic Cleansing in the Promised Land, 1820–1875 (Norman: University of Oklahoma Press, 2005), 7; and Benjamin Heber Johnson, Revolution in Texas: How a Forgotten Rebellion and Its Bloody Suppression Turned Mexicans into Americans (New Haven: Yale University Press, 2003), 168. Villanueva classifies the Texas Rangers as part of a posse of "jingo bandits," whom he defines as "persons who attack a community or a group of people without a warrant, and who punish their victims through extralegal measures" (123). These "bandits," however, wore badges which shielded them of their crimes. Disavowing Texas's sanction of the attack, the state's adjutant general James Harley asked for the resignation of the Ranger captain responsible for the massacre and discharged all officers involved. Although an investigation exonerated the victims of any crimes, no law enforcement officer or member of the posse who took part in the atrocity faced charges for the murders.

In detailing the suffering that individuals and communities endured, Villanueva treats his subjects with care, ensuring that readers regard the victims as human beings rather than statistics. Scholars of lynching looking for a comparative analysis of racial violence against ethnic Mexicans with other groups should look elsewhere. Villanueva's work fills a gap in unapologetically Mexican American and borderlands scholarship. Although high school and college history textbooks mention mob attacks against African Americans, US textbooks fail to admit similar assaults against Latinx people. In providing a substantive and unflinching examination of mob violence a century ago, The Lynching of Mexicans in the Texas Borderlands gives much needed context to the contemporary demonization of ethnic Mexicans implicit in current cries for "border security."4Matthew Haag, "Border Patrol Agent Killed in Texas in What Senator Calls an Attack," New York Times, November 19, 2017, https://www.nytimes.com/2017/11/19/us/border-patrol-killed-texas.html.

"The History of Racial Violence on the Mexico–Texas Border." Refusing to Forget. Accessed June 5, 2018. https://refusingtoforget.org/the-history/. 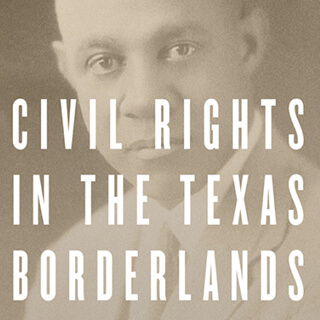 The Black Civil Rights Movement on the Border