The Sankofa Series retrospectively considers What Must Be Remembered, an exhibition staged at Emory University's Schwartz Center for Performing Arts in February 2013. Inspired by former US Poet Laureate Natasha Trethewey's poem "Native Guard," the exhibit coincided with sesquicentennial commemorations of the Civil War. Drawing on materials from Emory's Stuart A. Rose Manuscript, Archives, and Rare Book Library, What Must Be Remembered featured curated photographs that pictured staged archival artifacts dating to the Civil War era. This new blog series combines insights from exhibition co-curators Dr. Pellom McDaniels III and Paige Knight with video interviews from area specialists to foreground visual and material cultures of the Civil War and their relations to the status of African Americans in the United States today.

"The Nation and the Negro" is one of the most striking images from What Must Be Remembered in its visual representation of the lived experience of the international slave trade and its depiction of slavery as "catalyst [and] economic juggernaut for US development."1Pellom McDaniels III, interview with author, December 14, 2015, Atlanta, Georgia. Transcription by author.

Hemp was grown in Kentucky and manufactured into twine, rope, and bagging and was then shipped to the South where it was used . . . to package the cotton [and] to secure bales of cotton to ships. . . . Those ships would sail out of the Gulf of Mexico, up the coast to Massachusetts, or across the Atlantic to England.4McDaniels III, interview, November 24, 2015, Atlanta, Georgia. Transcription by author.

Naming both domestic and international market destinations, McDaniels describes the global reach of slavery, an institution central to southern economies that extended beyond the Mason Dixon line and across the Atlantic. The juxtaposition of the stereograph, passbook, hemp, and cotton reveals the reality of an enslaved African workforce—"the Negro"—as the backbone of an emergent American economy—"the Nation."

The original exhibit displayed a quotation by black abolitionist Sarah Parker Remond alongside the image. Taken from an 1862 abolitionist speech, "The Negroes In the United States of America," Remond's quotation illustrates the centrality of slave labor to national and transnational trade: "It has always been exceedingly difficult to ascertain the exact number of slaves in the Southern states; the usual estimate is about four and a half million. . . . These human chattels, the property of three hundred and forty-seven thousand slave owners, constitute the basis of the working class of the entire south."5Sarah Parker Remond, “The Negroes In the United States of America” (1862). What Must Be Remembered. Emory University Manuscript, Archives, and Rare Book Library. The Schwartz Center for Performing Arts, Atlanta, Georgia, February 6, 2014.

Staging the photograph to reflect Redmond's vision of slavery proved difficult. Photographer Paige Knight recalls taking over fifty different shots of the staged artifacts before deciding on a final version. Reflecting on the politics of curation, Knight suggests that her role, in addition to providing historical context for archival materials, is to create a frame that allows the objects to speak for themselves:

Every step of the way was difficult. . . . When you work with archival materials, the handling and care of the objects is always top priority. You have to listen to the work and let the [objects] share what they are willing. For example, the passbook is very delicate and this was the only page that would naturally stay open, so that page was what the book was offering—which one must respect, but it's also limiting. Every item in this still life was incredibly fragile and demanding. It really required me to slow down, look and listen."6Paige Knight, interview with author, December 2, 2015, Atlanta, Georgia. Transcription by author.

Similarly, this new blog series asks readers to slow down, look, and listen to archival materials that shape collective histories and their enduring legacies. Deriving its title from the Akan people of West Africa, the term Sankofa refers to an old saying in the Akan language that translates, "It is not taboo to go back and fetch what you forgot."7“The Power of Sankofa,” Carter G. Woodson Center for Interracial Education, Berea College. https://www.berea.edu/cgwc/the-power-of-sankofa. This series asks readers to "reflect on history and understand as completely as possible how…racism, classism, sexism, ageism…effect our everyday lives." Referring to Natasha Trethewey's "Native Guard," McDaniels explains that the original Sankofa exhibit and this retrospective series are both "intended to be catalysts for conversation…between scholars at the university [and] folks in the community."8McDaniels III, interview, November 24, 2015, Atlanta, Georgia. Transcription by author.

This first post shares McDaniels's vision of a multi-vocal conversation; between artifact and natural resource, between history and present-day, between historian and community, and between "Negro" and "Nation." Excavating visual histories that must be remembered, the Sankofa series invites a fresh reading of historical artifacts to chart new trajectories for what we remember and what we know.

Southern Spaces thanks Dr. Pellom McDaniels III and Paige Knight for their assistance with all Stuart A. Rose Manuscript, Archives, and Rare Book materials and extends deepest appreciation to Dr. Leslie Harris for her expert analysis of slavery's material culture. 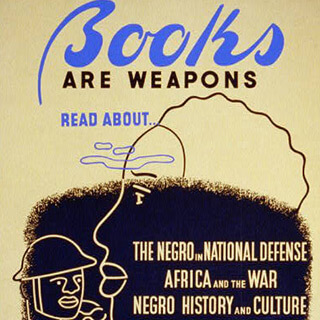