LiFT’s visual art curator, Shady, envisioned her exhibit transforming Gallery 72 to resemble the underside of a bridge covered in graffiti. Shady describes using a traditional gallery space as a blank canvas in political terms: "The opportunity to interrogate spatial relationships, not just culturally and artistically, but also physically and architecturally, through the transformation of the exhibition space ... reveals a movement toward new operative frameworks and political objectives where traditionally exclusive spaces include more diverse audiences."4Shady, phone interview with author, November 12, 2015, Atlanta, Georgia. Transcription by author.

Atlanta artist and Gallery 72 curator, Kevin Sipp,  shares this commitment to politically-motivated and activist-oriented art. Sipp is former curator of the Hammonds House Museum in historic West End, Atlanta. Known primarily as an exhibition space for black artists and for its "permanent collection of more than 350 works dating from the mid-nineteenth century by artists from America, Africa, and the Caribbean,"5"About Us," Hammonds House Museum. http://www.hammondshouse.org/about-us.html. Sipp draws inspiration from Gallery 72’s design and history. Though the gallery's glass walls and sleek exterior create a modern look and feel, the 72 Marietta Street building, donated to the city by Cox Enterprises in 2010, has a rich history as former home of the Atlanta Journal Constitution.6Michael Kahn, "Review: Gallery 72, former home to the AJC, sparks new life into Marietta Street," ArtsATL, May 1, 2014, http://www.artsatl.com/2014/05/review-gallery-72/.

According to Michael Kahn of ArtsATL, the lobby of the building was reimagined following AJC’s departure to "be a catalyst for a renaissance of the once prominent Atlanta thoroughfare."7Ibid. Moreover, the building-as-gallery pays homage to Atlanta’s notorious weather. The building features aluminum panels against a bright yellow and green backdrop that resembles the pollen that coats the city each Spring, as well as the building’s historic connection to print journalism: "The serpentine ribbons snake up the façade, masking the intensity of the bright yellow-green wall. The twisting form alludes to the conveyors used in the production of newspapers."8Ibid.

For Sipp, the building’s history is central to his vision for the gallery’s mission: "I enjoy the fact that Gallery 72 is in the old AJC building, because I appreciate the convergence of literature, journalism, and the visual. We need to nurture the idea of reviewing, critiquing, and writing about visual art. It is important, because art movements are rarely reported on in real time. For this reason, I enjoy curating in a building that was once used for journalism."9Kevin Sipp, phone interview with author, November 12, 2015, Atlanta, Georgia. Transcription by author. After the LiFT event, Sipp reflected, "I like the fact that we are a space that is trying to show innovative work of both established and new artists. That’s what I like about the LiFT Art Salon. They are doing a great job of giving people that exposure and creating a space for intergenerational exchange."10Ibid. LiFT’s "The South Got Something to Say" salon documented just that: a new generation of Atlantans interested in working together to explore how the arts can be used to transform a gallery space, a building, or even an entire city. 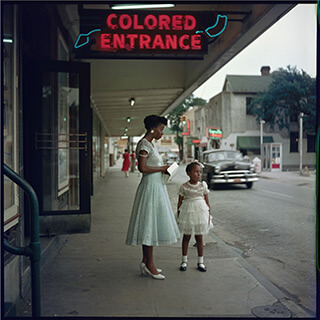 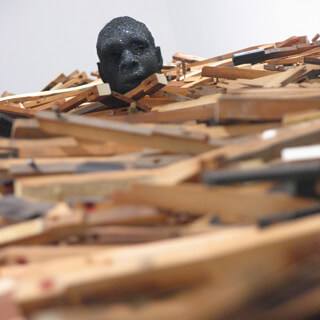