Southern Spaces is pairing with Emory University's Manuscript, Archives and Rare Books Library (MARBL) to publish short features on MARBL collections, events, and exhibits that tell the history of spaces and places in the US South. These posts investigate the geographical, historical, and cultural study of real and imagined southern spaces through the lens of archival sources and materials and are featured on both the Southern Spaces and MARBL blogs.

"I fear it may be difficult to come up with another project which will be so full of meaning for me," gay rights activist Dr. Jesse Peel wrote in his journal The Camp Merton Chronicles in November 1995. Peel's project centered on the renovation of Atlanta's John Howell Park and a new statue to be installed in it. Titled Hope and designed by Felix de Weldon—the sculptor famous for designing the Marine Corps War Memorial in Washington DC—the planned sculpture depicted a man, woman, and child reaching for a matrix representing a cure for AIDS. The sculpture intended to memorialize those affected by the HIV/AIDS pandemic that led to 573,800 reported AIDS cases in the United States between 1981 and 1996. Regarding the park renovations and the statue, Peel continued, "I have devoted heart and soul to JHP [John Howell Park] this last year and a half. We will complete the infrastructure work next spring and JHP will be ready to receive the world during the Olympics. Then in October the entire HIV/AIDS and Gay communities will come together to celebrate the installation of Hope."

In spite of the passionate efforts of Peel and his Build the Monument Foundation, the memorial never materialized due to a lack of private funding. Yet, while Atlanta has no official memorial to commemorate the struggles of the LGBT population in the wake of the AIDS pandemic, the Manuscript, Archives, and Rare Books Library (MARBL) at Emory University has pledged to collect historical materials that will raise awareness of the AIDS crisis and the larger history of LGBT Atlantans. One of the first acquisitions in this endeavor is Peel's manuscript collection. Originally from North Carolina, Peel moved to Atlanta in 1976 where, as a person with HIV, he experienced first-hand both the devastating effects of AIDS and the struggle of LGBT carriers to overcome persistent social stigma.

The Jesse R. Peel Papers chronicle his activism among the Atlanta LGBT population through personal correspondence, date books, and audiovisual materials. The backbone of the collection is Peel's personal diary, The Camp Merton Chronicles. A multi-volume work self-published locally and named for his Atlanta home, Camp Merton, it depicts Peel's experiences from the 1970s to the 2000s. The Camp Merton Chronicles is on display in Emory's Manuscript and Rare Books Library until May 16, 2014 as a part of the "Building a Movement in the Southeast: LGBT Collections in MARBL" multimedia exhibit that includes stories and displays artifacts from the LGBT movement, including the AIDS crisis, in Atlanta. 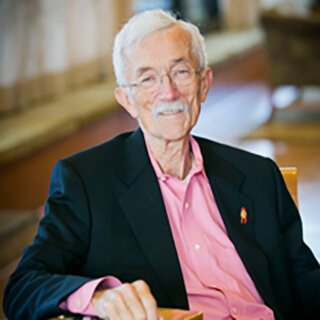