Early in April 2009 the Mexican state of Veracruz identified cases of H1N1 influenza that led, by April 22, to the Mexican health secretary's declaring an influenza epidemic. The virus spread throughout Mexico, and subsequently the world. The United States media labeled the strain the "swine flu" or "Mexican flu," connections solidified with the coverage of the first recorded death in the United States, of a Mexican toddler in Houston. Conservative talk radio pundits Michael Savage and Rush Limbaugh immediately linked the flu virus with "illegal immigrants," the incompetence of President Obama's administration, and even terrorist attacks. This episode highlights the panic such epidemics still provoke, and the resultant mischaracterizations of place, or nationality, as equivalent with culpability. John Mckiernan-González's impressive work Fevered Measures reminds us that the intertwining connections of race, health, and exclusion have a long history in the United States.

Mckiernan-González, an assistant professor of history at the University of Texas at Austin, examines several episodes of epidemic disease occurring among the towns lining the Texas-Mexican border across nearly a century. He argues that these medical emergencies expose understandings of citizenship and empire, as well as racial and class privilege. Mckiernan-González's work considers the medical politics of place, and the ways responses to epidemics reveal societal understandings of medical authority, racial privilege, and the nation-state. Fevered Measures builds upon a history of immigrants' interactions with the public health system that resulted in outcomes more often based on racial stereotypes than medical knowledge. Irish immigrants brought cholera, while Jewish ones infected New Yorkers with typhus. Riots erupted as a result of perceptions that Chinese men spread venereal disease. These racist constructions validated exclusionary actions, such as the demonization of the Chinese that rationalized the 1882 Chinese Exclusion Act. Fevered Measures ends with the declaration that "Mexicans, Mexican immigrants, and Mexican Americans should be included in the official history of medical exclusion in the United States" (283). Racial and ethnic prejudice and illness have combined in potent ways to justify state intervention and provide support for repressive policies and actions. Fevered Measures's greatest strength lies in its exploration of medical authority in a distinctive setting and relationship: contiguous nation-states sharing a common, fluid border in the geographic regions of South Texas and Northern Mexico.

Fevered Measures surveys smallpox and yellow fever epidemics in border cities such as Brownsville, Laredo, Eagle Pass, and El Paso, as well as fears over the spread of typhus. Mckiernan-González covers some of these epidemics for the first time, and offers fresh interpretations of episodes previously chronicled. He discusses the creation of a Texas-Mexico "medical border," a framing that emphasizes the porous nature of the actual border. Disease, like Mexican and US citizens, cannot be contained within national boundaries. Chapter One extends from the 1846 Mexican American War through the 1890s, specifically examining the 1882 yellow fever epidemic and the ways that national and state medical and political authorities excluded South Texas using quarantine to create a medicalized border zone. Later, Fevered Measures expands on this theme through Mexican diplomatic challenges to US public health officials' refusal to accept Mexican citizens' documentation of smallpox inoculation, even when the evidence was inscribed on their bodies. Such dismissals angered Mexican citizens, who viewed vaccination as evidence of their country's modernization. Challenges to US medical imperialism represented one of the least risky ways for Venustiano Carranza's government to gain support, especially after a captured copy of the 1915 Plan de San Diego revealed Carranza adherents' intent to use a series of violent uprisings to regain territory in the old Spanish Southwest (Texas, New Mexico, Arizona, and California). In a 1917 letter protesting forced smallpox vaccination, or re-vaccination, Miguel Barrera, a Mexican businessman working in Texas, challenged border medical officials' decisions. "When a boy I was vaccinated at the age usually done in Mexico . . . which I want you to understand is that the doctor appears insensible to the just reasons that may be exposed to him by persons like myself are used to deal with the TRUTH" (220). These diplomatic interventions succeeded at the federal and state levels as government bureaucrats pressured local Texas medical authorities to change their restrictive smallpox inoculation policies. Texas's United States Public Health Service (USPHS) officials, however, defied the request to respect Mexican nationals and continued their callous imposition of public health inspections and quarantine.

Mckiernan-González also examines smallpox epidemics in Mexico and Texas and the ways quarantine practices often displayed medical ambitions and social prejudices more than disease knowledge. The 1899 Laredo epidemic allowed city council members to create volunteer health inspectors who imposed house quarantines. A planned forced vaccination campaign elicited protest from local residents, many of them Mexican and Mexican American. A group of citizens challenged the unilateral authority of the mayor and medical inspectors, who exercised their power "to profane home and perpetuate all kinds of abuses against the [Mexico-Texas population which] is defenseless, does not complain and suffers everything in silence" (138).

Chapter Three delves into a single episode of imperial medical intervention. A syndicate-owned cotton plantation in Mapimi, Mexico, had recruited over one hundred African American sharecroppers from Alabama to become "colonists," and relocate to Mexico to provide labor for the plantation. Unhappy with their treatment and surroundings, the colonists began resisting work orders and agitating for their return to the United States. But who would pay for the travel? The 1895 discovery of smallpox among the African American settlers prompted the US State Department to to accept financial responsibility for the colonists' travel costs from Mexico. After their return, the United States Marine Hospital Service (USMHS) took charge of the colonists, quarantined just north of Eagle Pass, Texas, where they were detained regardless of their health status. The availability of a vulnerable, infected population on the US-Mexican border proved too tempting for the USMHS leaders, who used the quarantined African Americans to conduct smallpox serum vaccination experiments. As they improved living conditions in what was now called "Camp Jenner," public health officials deployed armed guards to prevent people from leaving. The quarantined population had become a captive one. Medical authority transformed the quarantined "Negro refugees" from "citizens to research subjects" (113, 103). Medical Health Service surgeons George Magruder and Milton Rosenau performed month-long serum vaccination experiments with confusing and contradictory results. After a three-month detention, the former colonists returned to Alabama. Fevered Measures complements the broader scholarship on medical regional distinctiveness and imperialism that considers race, migration, and illness published by Jo Ann Carrigan, Alan Kraut, Alexandra Stern, and Natalia Molina. The authority of US public health officials represented one of the most successful ways to construct and enforce a medical border.

With his discussion of the 1917 El Paso typhus bath riots, Mckiernan-González presents one of his strongest examples of the contested relationship between nations expressed medically. El Paso Anglo and Mexican American elites depended on the exploitation of Mexican labor and expected the neighboring city of Ciudad Juárez to provide prostitutes, gambling, horse racing, and other leisure activities. US press coverage of the typhus riot conveyed stereotypical images of fiery, irrational Latina women, as evidenced by the San Antonio Express headline "Anti-American Riot Led by Red Haired Chief of Woman Mob" (184). Through the tensions exposed by the outbreak of typhus, and US public health officials' immediate and long-term responses, Mckiernan-Gonzalez assesses intertwined domestic and national narratives. In covering the riots, national newspapers conflated the women's actions with local concerns over typhus and epidemics, and national concerns over the presence of Mexican Revolutionary general Pancho Villa. Public health officials reinforced a medical border when they chose to destroy Mexican workers' homes in south El Paso rather than improve public health infrastructure to provide clean water and sanitation. The irony of medical thought that linked filth, lice, typhus, and Mexicans but depended on Mexican female domestic workers to achieve the hygienic practices that kept middle-class and wealthy Anglo and Mexican American homes clean and free of disease was lost on these public health officials.

Exposing Anglo Americans' privileges of race and class, the concluding chapter of Fevered Measures considers the ways elected medical professionals used typhus and smallpox quarantines to justify the superiority of border public health policies and enforce segregated schools and housing. "The doctors who inspected you at the border gave you this feeling," says farm laborer Pedro del Real Pérez, "they undressed you, to examine you, they messed with your hair, they put white powder on you, all that was discrimination, and it was not right" (247). Despite the rich evidence presented here, including powerful testimonies from the online Bracero History Archive, at times the material challenges Mckiernan-González's ability to analyze it. These unruly narratives, like the unruly borders and travelers who crossed them, represent the work's strength and its limitation. Fevered Measures ends with the intriguing subjects it uncovers: the resistant bodies, ideas, and spirit of the Mexican and Mexican American peoples who lived alongside the border. By the mid-twentieth century, the collection of medical statistics by public health officials began exposing the endemic ill health along the border, which in turn helped mobilize Mexican American leaders to demand better treatment and policies to improve the health of their people.

Mckiernan-González writes that his work transformed from "popular understandings of typhus, yellow fever, and smallpox . . . into a long conversation about the proper medical boundaries of citizenship at the Texas-Mexico border" (17). In this process of transformation, this study of epidemic disease along the border may have grown too large, the narrative too unwieldy. Several of the epidemics examined in Fevered Measures deserve their own monograph, organized along city geographies or specific diseases. (Mckiernan-González's next work examines the Tlahualilo Agricultural Company incident in detail.) Fevered Measures covers almost one hundred years of history, thousands of miles of border spaces, and the relationship between two nation-states on the local, regional, and national levels. His study represents a massive undertaking, left unfinished. The story of these border dwellers' resistance to quarantines, inoculation, inspection, and intimidation signifies their resistance to imperial power exercised in medicalized forms. Earlier incarnations of resistance can be found in border folk medicinal practices, suggested by the brief mention of curandero Don Perdrito Jaramillo (162, 163). It's difficult to fault such an ambitious work with its extraordinary amount of research, even if the sheer breadth and depth almost overcome the reader. Fevered Measures restores excluded Mexicans and Mexican Americans to their shared experiences and identities living amid the border towns and spaces of a contested region joining two nations.

Amy M. Hay teaches history at the University of Texas–Pan American, located in the Rio Grande Valley. Her research focuses on public health practices and policies and ordinary people's responses, experiences, and understandings of health and illness. Her current project examines the  various protests against Agent Orange herbicides during and after the Vietnam War.

Abel, Emily. Tuberculosis and the Politics of Exclusion: A History of Public Health and Migration to Los Angeles. New Brunswick: Rutgers University Press, 2007.

Wailoo, Keith. Dying in the City of the Blues: Sickle Cell Anemia and the Politics of Race and Health. Chapel Hill: University of North Carolina Press, 2000. 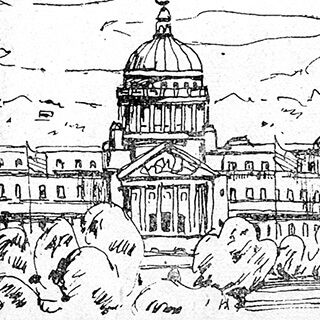 The Color of Democracy: A Japanese Public Health Official’s Reconnaissance Trip to the US South 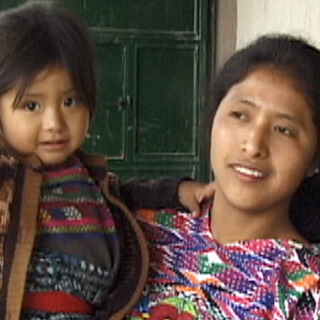 Living Across Borders: Guatemala Maya Immigrants in the US South