Few issues roiled the waters of America and the South more so than temperance reform. In "the Alcoholic Republic"—William Rorabaugh's felicitous phrase—the question of prohibition divided and defined individuals and families, cities and states, region and religion.

In Southern Prohibition: Race, Reform, and Public Life in Middle Florida, 1820–1920, Lee L. Willis has written a short but incisive look at how the volatile issues of race, gender, and temperance reform shaped politics and life in Middle Florida, that area of the state between the Apalachicola River and Suwannee River.

The author's choice of Middle Florida makes sense considering the book's time frame: 1820-1920. From the Territorial era through the Great War (the other great war), Middle Florida commanded the state's center of attention, amassing the greatest concentration of African slaves, capital accumulation, and political influence.

For a state that reveled in drinking copious quantities of hard liquor, questions about drink and drinking vexed Floridians. Framers of the state constitutions and city statutes grappled with myriad questions concerning liquor.

Willis deftly weaves a colorful cast of characters and groups into the narrative: the Sons of Temperance, the Washington Temperance Society, the Good Order League, the Woman's Christian Temperance Union, and the Anti-Saloon League. Interesting characters make unexpected appearances. The author explains how the end of Reconstruction provided an opportunity for white ministers and politicians to seize the high ground on the liquor question. "Yet the success of the prohibition movement," argues Willis, "relied on more than the zeal of white supremacists. Black politicians and ministers weakened by the setbacks of Reconstruction found an appealing message in temperance. . . . Florida's prohibition movement, now set to be waged in county local option contests, needed black political support" (101).

Southern Prohibition focuses upon two local studies (Leon and Franklin counties) as microcosms of the crusade to ban alcohol in Florida. Across the South, county by county and state by state, the drys were winning the day. Leon County held its first local option referendum and voters finally embraced the Noble Experiment in 1904. A complex intertwining of issues—race (especially the presence of "unruly" black saloons), social control, social improvement, and women's reform efforts—helped Leon County become dry by a mere 120 votes. The author makes the point that "women themselves were not directing players in the local option campaign. . . . On Election Day, for example, women's boldest political statement was to serve lemonade" (125). In that year, Leon County joined almost all of Middle Florida and twenty-six other predominantly rural counties that had opted to ban the sale of alcoholic beverages.

Momentum for statewide prohibition picked up intensity after 1912. Franklin County joined the dry forces in 1915. The wild and wooly gubernatorial election of 1916 crystallized the issues of prohibition. Sidney Johnston Catts electrified voters who flocked to his rallies to hear the "Cracker Messiah" rail against Catholics, immigrants, and Demon Rum. Indeed, Catts shocked the Democratic establishment, winning the 1916 election on the Prohibition ticket. Had Charlie Crist succeeded in his bid for the US Senate in 2010, he would have become only the second Floridian to win state-wide office representing a third party.

Willis's treatment of the climactic years 1915–1920 is disappointing and puzzling. He devotes only five pages to what this reviewer considers on the most critical periods in Florida history. Willis ignores the impact of World War I and its many implications upon the home front. Historians addressing Prohibition reform at the national level link America's dramatic nativist surge against immigrants and Germans to the passage of the Eighteenth Amendment. Was there no parallel in Florida? How did Apalachicola and Tallahassee filmgoers react to the popular wartime movies, Kaiser: The Beast of Berlin and To Hell with the Kaiser? The Florida legislature banned the teaching of German in public schools, while Governor Catts threatened to close down the German Benedictine monastery in Pasco County. Was there no connection between the drive for women's suffrage (Florida legislators rejected the Nineteenth Amendment) and the final crusade against liquor? Finally, the election of Catts, a DeFuniak Springs resident, represented a symbolic victory for Middle Florida. Never again would Middle Florida boast population supremacy over fast-growing Central and South Florida. In a slim book (209 pages), Willis should have more fully developed these issues.

Overall, Southern Prohibition is a splendid example of local history, a thoughtful and well-written and researched monograph. 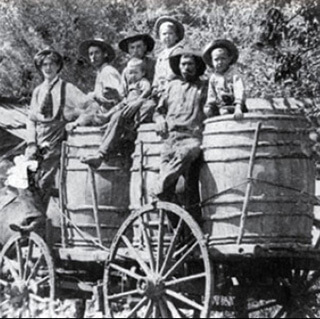