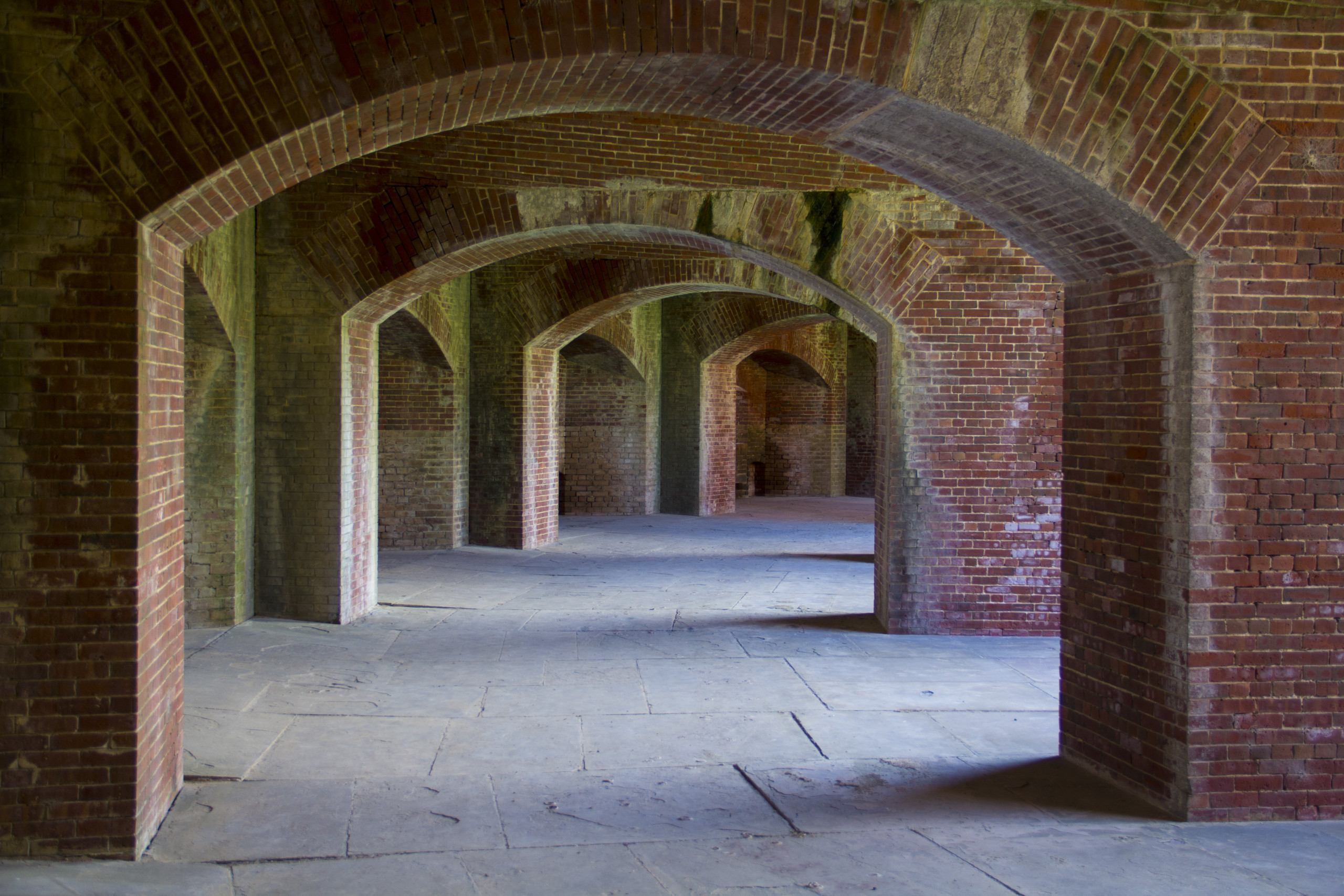 Poet Natasha Trethewey presents her "Elegy for the Native Guards," April 9, 2005, on Ship Island, Mississippi. Trethewey is the author of Domestic Work (2000) and Bellocq's Ophelia (2002). Her upcoming Native Guard will be published in 2006.

Trethewey's poem "Theories of Time and Space" is also available on Southern Spaces.

Now that the salt of their blood
Stiffens the saltier oblivion of the sea . . .
—Allen Tate

We leave Gulfport at noon; gulls overhead
trailing the boat—streamers, noisy fanfare—
all the way to Ship Island. What we see
first is the fort, its roof of grass a lee—
half reminder of the men who served there—
a weathered monument to some of the dead.

Inside we follow the ranger, hurried
though we are to get to the beach. He tells
of graves lost in the Gulf, the island split
in half when Hurricane Camille hit,
shows us casemates, cannons, the store that sells
souvenirs, tokens of history long buried.

The Daughters of the Confederacy
has placed a plaque here, at the fort's entrance—
each Confederate soldier's name raised hard
in bronze; no names carved for the Native Guards—
2nd regiment, Union men, black phalanx.
What is monument to their legacy?

All the grave markers, all the crude headstones—
water—lost. Now fish dart among their bones,
and we listen for what the waves intone.
Only the fort remains, near forty feet high
round, unfinished, half-open to the sky,
the elements—wind, rain—God's deliberate eye.