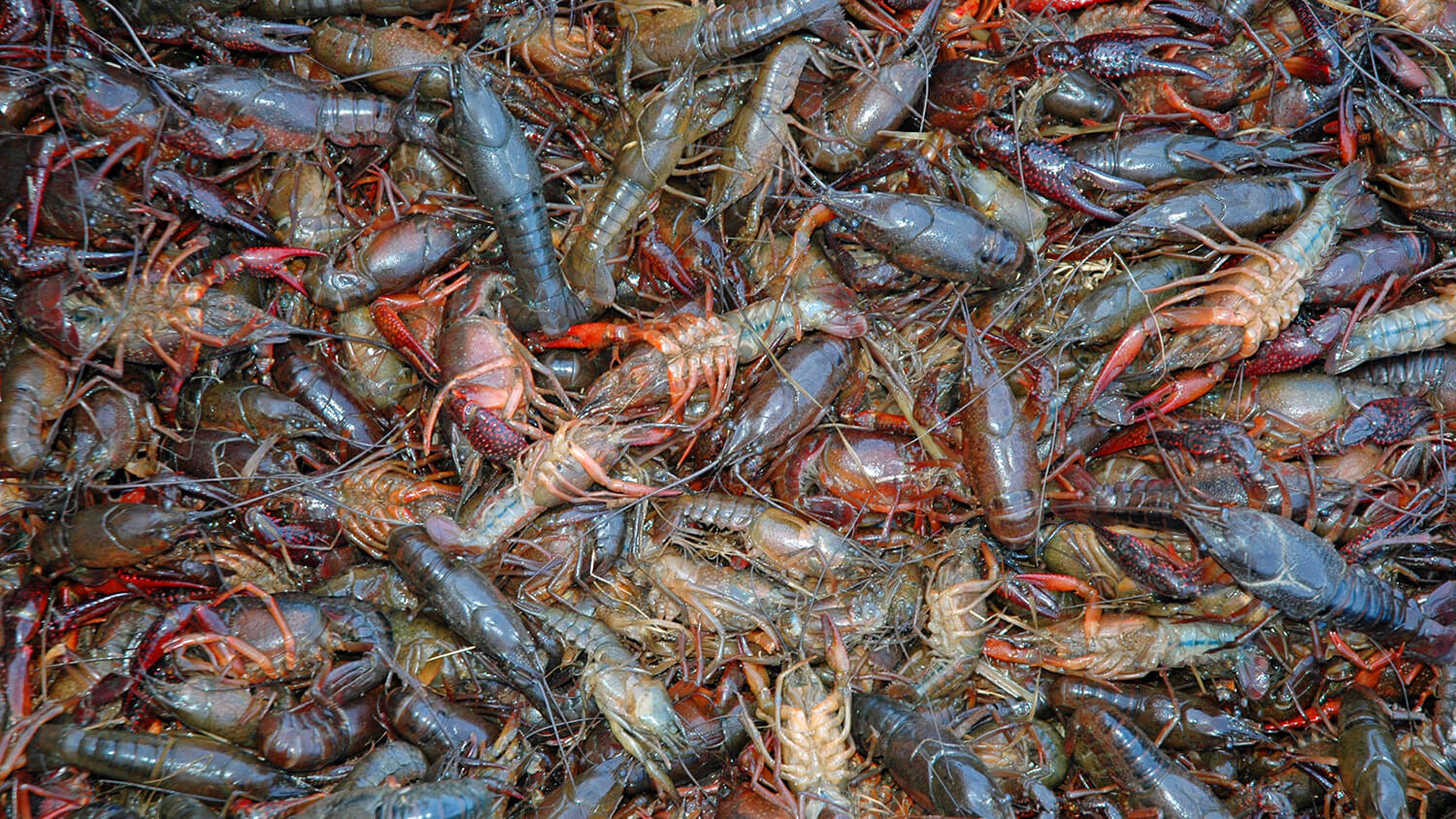 This essay investigates how a strong sense of French heritage has affected the development of the South Louisiana region. It provides an overview of "Cajun" culture, both in terms of its historical origins and its contemporary vestiges. The essay emphasizes such topics as class struggles, religious practices, artistic developments, industry, agriculture, and politics in south Louisiana.

No other area of the US South has so embraced a French heritage as a foundational and enduring part of its culture as south Louisiana. A complex ethnic and demographic history, combined with a striking topography compared to other places within the South, have made south Louisiana a distinctive place, one that observers often discuss as not fitting conventional expectations of the US South. It has also become one of the most resonant places in the national imagination. In 1971, the Louisiana Legislature designated the twenty-two parishes of south Louisiana as Acadiana, acknowledging its distinctive French-based history and culture. The term Acadiana was inadvertently coined in the early 1963, by a Louisiana television station, owned by Acadian Television Corporation, which received an invoice in which the letter a had been added to Acadian to become Acadiana. The television manager appreciated this striking new descriptor and popularized it, using it to describe the stations broadcast area. It is more popularly known as Cajun Louisiana. C. Paige Gutierrez describes the region as the South of the South, while folklorist Nicholas R. Spitzer adds that it is north of, and connected to, the Caribbean.

While many people associate the southwest Louisiana home of the Cajuns with swamplands, its environment also consists of marshes, prairies, and wooded river areas. The earliest European colonists to what would become Acadian Louisiana came in the 1600s, settling along the Mississippi River and the major bayous. French land grants helped bring settlers to an area that was part of a larger French West Indian plantation zone in the 1700s, and descendants of these early French landowners would become farmers and planters in the area, adapting sugar in the nineteenth century as the dominant plantation crop. Another major eighteenth-century settlement group was the Acadians, exiled from Nova Scotia and arriving in south Louisiana after 1765. The early Acadians became small farmers and fishermen, settling along the Mississippi River. Acadians soon moved out of these areas, into the upper Bayou Teche to the west and, later, onto the lower coast and into the Atchafalaya Swamp Basin to the southwest.

Africa and the West Indies were major influences on south Louisiana in the colonial era. Planters imported almost 30,000 slaves from west Africa, through the French West Indies. The light-skinned descendants of the Creole planters (those claiming French-Spanish ancestry) and slaves became Creoles of Color. The Haitian rebellion brought 10,000 refugees from French sugar colony of St. Domingue, in the first decade of the nineteenth century, adding a pronounced West Indian influence to south Louisiana seen in Creole cottages and shotgun houses, Caribbean rhythms in zydeco and jazz, and gumbo and red beans and rice. Other eighteenth-century population groups included German colonists, Spaniards, Islenos from the Canary Islands, and such Native American tribes as the Houma, Bayou Goula, and Choctaw.

The Acadians would play a crucial role in defining south Louisiana. The 3000 or so Acadians who came from Nova Scotia to the lower Mississippi River Valley between 1765 and 1803 adapted to the new environment. People who once lived on cod and herring discovered shrimp and crawfish, making a compelling cuisine along the way. They came into a slave society, and after 1780 a significant number of them began to gain slaves. Most Acadians in the early years of settlement lived, though, as small farmers and trappers in the isolation of wetlands and in the prairies of southwest Louisiana. Anglo settlers began appearing in south Louisiana in the late 1770s, and the Louisiana Purchase in 1803 was a turning point in rising Anglo influence. Before then, there were seven times as many French speakers as English among Louisianas free population; by 1860, 70 percent of Louisianas free population spoke English.

Language change was part of a broader process of Acadian acceptance of Anglo influence on the public culture of Louisiana. An Anglo economic, social, and political elite had emerged by the 1840s, and many descendants of Acadians in south Louisiana increasingly adopted their values and outlook. Socially aspiring Acadian descendants who had once adopted the tastes of Creole planters in furnishings and homes by the late antebellum era were building Greek Revival plantation homes and following Anglo planter families to Kentucky to see thoroughbred racing both emerging symbols of an Anglo southern identity. Anglo culture had stigmatized French language and culture by the time of the Civil War.

Scores of Acadian descendants were actually among south Louisiana's planter elite by the time of the Civil War, but the wealthy were only a small segment of the overall population. An Acadian yeomanry demographically dominated south Louisiana throughout the nineteenth century, evolving from Acadian to Cajun. By 1860, nearly two-thirds of Louisianas Acadian descendants, mostly small farmers, grew sugar on farms east of the Atchafalaya River. Lafayette Parish was the center of a cotton culture in the 1850s, with prairie counties west of there dominated by the growing of rice. Trapping and hunting supplemented agricultural production, with communal identity reinforced through typical rural rituals such as house raisings, weekly house dances, horse racing, and traditional music. French ways continued to inform the culture through surviving bilingualism, folk customs, and a Francophile Roman Catholic church.

Acadian descendants at first kept their distance from politics, but Andrew Jackson's Democratic party stirred passions. Alexander Mouton, a third generation Acadian, was a leader of south Louisianas Democrats, serving as Louisiana governor and United States Senator and establishing a potent Acadian political influence in the prairie districts. South Louisiana joined other parts of the South in embracing slavery and southern rights in the 1850s. The Civil War brought increased outside influence in the bayous and prairies of Acadian settlement, and it brought devastating results to south Louisiana. It led to the virtual disappearance of a well-off Acadian planter class, loss of economic independence for many yeomen, and downward postwar mobility in general. The regions dominant Anglo elite co-opted a small Acadian middle and upper class, while the impoverished and poorly educated mass of Acadians preserved older ways, evoking increasing cultural hostility and aggressive opposition from the elite throughout the late nineteenth and early twentieth centuries.

American popular writers portrayed working class Acadians with the worst of stereotypical southern traits: backward, lazy, inbred, and ignorant because often uneducated. They were predominantly rural people who did not embrace the consumerism of emerging modern society, and they were the target of American Protestant suspicion of Catholics. Cajuns returned the favor. Writing of Cajuns in the late 1870s, R.L. Daniels noted that of Americans, as a class, they have not the highest opinion. He then added a revealing description of Cajun distance from other southerners: southerners as well as northerners are Yankees, unless regarded with exceptional favor.

By the end of the nineteenth century, the term Cajun had become a socioeconomic descriptor for sometimes distinct groups. In addition to the descendants of Acadians, Cajuns came to include poorer Creoles in the prairie and bayou areas, recent French immigrants, and downwardly mobile Anglo farmers in south Louisiana. Poverty became the bonding agent that brought them together despite their ethnic differences, and by the early twentieth century they had created a common, French-based culture that included contributions from other groups and came to dominate south Louisiana. South Louisiana was a racially segregated place, but common poverty between blacks and Cajuns led to cultural exchanges that influenced modern Cajun music and cuisine and Zydeco music among African Americans in the area.

The emergence of the oil and petrochemical industries in the early twentieth century promoted modernization and movement of Cajuns off the land and into working class jobs. This broke down isolation and led to more efforts to bring south Louisiana into the mainstream of US society. Supporters of Americanization saw public education as the key to the south Louisiana version of the melting pot, focused especially on outlawing French speaking. At the same time, the regional elite began efforts to reclaim a French ethnic heritage that could coexist with Americanization. The Roman Catholic Church was one institution that promoted an ethnic French identity that connected south Louisiana with French Canada. The growth of tourism in the early twentieth century led south Louisiana promoters to establish new tourist sites to attract travelers. Womens clubs played a prominent part in creating pageants that featured Acadian history as the defining experience of south Louisiana.

This south Louisiana celebration of its heritage privileged the Acadian exile to south Louisiana as the regions defining experience. Henry Wadsworth Longfellows nineteenth-century poem portrayed the romantic story of Evangeline and her separation from her lover, which became the central legend in a mythic story of Acadian tragic exile and settlement in a new land. Longfellow's poem mentioned St. Martinsville, and that town became the focus of the Acadian memory through the Evangeline Oak, Evangeline Park, and a monument to Evangeline. Politician Dudley J. LeBlanc used symbols of Cajun identity in his campaign rallies, such as Cajun music, food, and women dressed in Acadian costume to evoke Evangeline. He organized visits to Nova Scotia by south Louisiana women, called Evangelines, and he wrote a popular history of the Acadian exile.

The French heritage in south Louisiana has become even more pronounced since the 1960s. Tourism partly drives this new effort, hoping to attract French tourists. In 1968 Louisiana created the Council for the Development of French in Louisiana (CODOFIL), which has successfully encouraged the study of French in the schools, at the same time that French-speaking has declined. The cultures of other ethnic groups in south Louisiana become part of a predominant French-based culture, typically described with a term like gumbo. Food may be the essential metaphor to describe the culture of Cajun Louisiana. The environment supplies specific ingredients, especially seafood. Africans brought okra and yams, French Creole refugees from the Caribbean brought pepper seasonings, and the indigenous Houma Indians use of sassafras leaves in cooking evolved into the thickening agent of file in stews. All of these contributions are now seen as parts of a distinctive Cajun-French cuisine that attracts visitors to the place and symbolizes south Louisiana wherever this cuisine is cooked. Lafayette serves as the cultural center, claiming identity as the Capital of Cajun Louisiana. 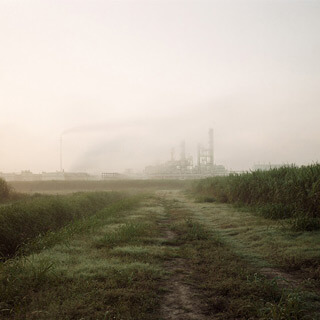 Something True about Louisiana: HBO's True Detective and the Petrochemical America Aesthetic