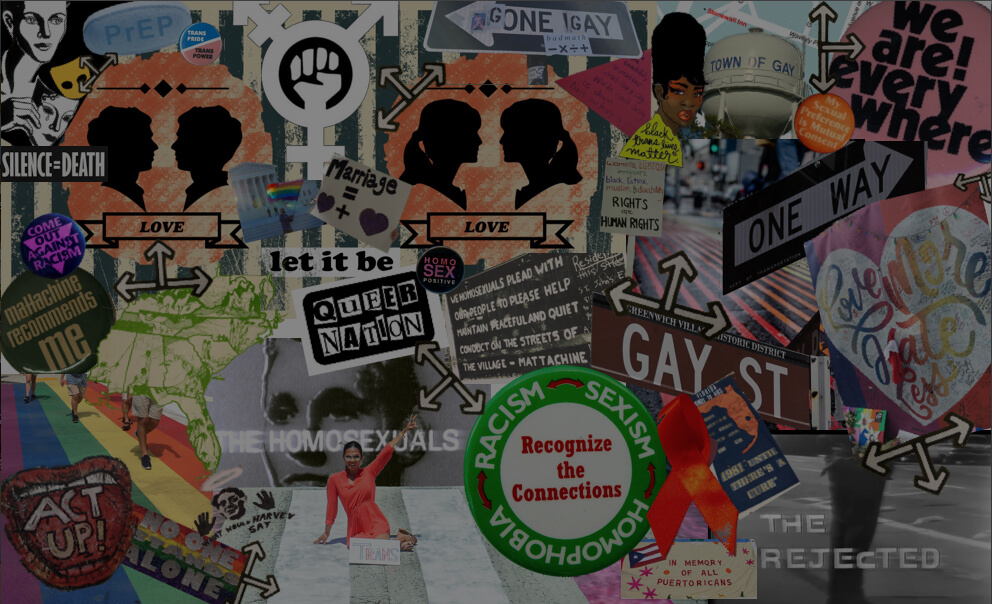 In a 2013 short manifesto, "Stomp for the Shadows," filmmaker Pratibha Parmar defines the word QUEER via an acronym: Queer, Unspoken, Embolden, Erased, Reclaimed.1Pratibha Parmar, "Stomp for the Shadows," GLQ 19, no. 4 (2013): 567. In Parmar's radical formulation of the category "queer," the term becomes less a concrete noun denoting states of being, in which gathered under the umbrella of "queer" are LGBTQ+, and more a verb of doing: speaking or not speaking, emboldening or not emboldening, erasing or making visible, reclaiming or failing to claim, and finally queering or not queering. In this way, to queer is to exist as subjects in the transitive space of choice between doing and not doing. The question shifts from identifying queer subjects as intelligible, fixed beings to asking the critical questions: To queer what? Where? When? What do, or should, we queer and why?

With the series "Queer Intersections / Southern Spaces," Southern Spaces welcomes submissions from scholars, activists, and artists who stand in this intersectional space and raise these critical questions. Southern Spaces asks contributors to consider what ways of being and doing (real and imagined) exist at the intersections of LGBTQ+ identity within locations across southern spaces and the Global South. We invite contributions from writers and creators of any orientation whose work addresses the lives of LGBTQ+ persons and/or applies queer and feminist theory to various topics. We encourage a diversity of methods and theoretical approaches.

All submissions must be original work. Although we expect submissions to consider space, place, and LGBTQ+ subjects critically in relation to the series, the list of possible topics to consider includes (but is not limited to):

The following pieces and our "Queer Souths" educational resource provide examples of the critical, interdisciplinary, and multimedia engagement with LGBTQ+ subjects that this series seeks to expand:

Please submit proposals (350–500 words) or full projects to series editor Eric Solomon (seditor@emory.edu) on or before July 30th, 2018. There is no submission fee or article processing charge. Visit our submissions page for more information.