HyperCities: Thick Mapping in the Digital Humanities explores the distinct but often overlapping epistemological frames of humanities and social sciences scholarship that incorporates GIS technologies. A companion to HyperCities Earth, a Google Earth-based interface that serves up interactive, media-rich maps of urban spaces, HyperCities employs a digital humanities perspective to showcase how GIS technologies aid in the creation and interpretation of maps. Together, Todd Presner, David Shepard, and Yoh Kawano question how GIS platforms "can be used to richly contextualize digital information, preserve individual memories, and, perhaps most ambitiously, begin to undo historical erasures and silences" (107). Describing the interpretive practice of "thick" or "counter-mapping," the authors expose how GIS technologies can illuminate multiple perspectives and positions not often privileged in static narratives or histories. The Ghost Map series, for example, is a composite of vector-based GIS layers, archival materials, and oral histories that document changes in the physical and social spaces of Los Angeles. This map series uses Google's interface to create a rich, intertextual narrative that weaves images, voices, and recordings together with demographic census data of Historic Filipino Town. The maps illustrate the stories of one immigrant community by depicting the economic injustices that accompany transitions in a landscape where entertainment complexes and highways fracture neighborhoods and family networks. In their online format, the Ghost Maps combine multiple disciplinary methods "in order to let quantitative ('social science') data speak to, interact with, and be enhanced by qualitative ('humanistic') stories" (82). While the Ghost Maps can be read as texts replete with arguments about social and political processes, they double as tools with which individuals can generate their own critical readings of the history and culture of downtown Los Angeles, calling attention to the incongruities of that space.

HyperCities also models how to extend collaborative digital humanities projects beyond online environments. Published in Harvard University Press's metaLABprojects series, which features an "eclectic, improvisatory, idea-driven style," HyperCities presents its composite authorship with three different fonts, creating a "polyvocal, multilevel form inspired by and constructed with digital technology" (11). Throughout HyperCities, the authors' arguments literally and figuratively overlap and parallel one another. As Todd Presner expounds on his interpretation of Google Earth as a twenty-first century manifestation of an Enlightenment fantasy of all-knowingness, David Shepard identifies eleven lines of JavaScript as the engine of that illusion, the means by which the "Google Maps API automatically envelops all of its projects" (103). This multi-media interplay is a relatively new convention for academic writing. Here, old-school New Historicist methods comingle with explications of computer code and user interface to demonstrate how digital technologies can facilitate and extend humanistic inquiry and analysis.

The HyperCities companion book allows its authors to choreograph a series of arguments contextualizing the maps published on the HyperCities website. More importantly, it documents and promotes digital humanities collaborations as sites of sustained and public-facing inquiry in which multiple people bring different talents and levels of expertise to a project. The book functions as "an experience in remediation," in which "[s]cholarly writing exists side-by-side with code, which exists side-by-side with community generated content and voices from the public at large" (9). But why translate an interactive web-based project to book form? How does this monograph serve the broad agenda of the HyperCities Earth project? As Adam Kirsch recently noted, "incentives for promotion and tenure continue to reward print publication over online work." This conundrum vexes digital humanists. Consequently, HyperCities epitomizes an emerging brand of academic writing: it is at once symptom of and solution to a larger problem within the system of academic publishing and promotion. It is a university press published monograph that represents the many ongoing, collaborative digital projects whose full intellectual import may not otherwise become recognized throughout the academy.

In addition to providing a working model for collaborative, multi-modal scholarship, HyperCities' authors—particularly Presner—synthesize well-known theorizations of space and time, paving the way for subsequent scholars to bring GIS tools to humanities work. In a sequence of sketches, Presner contends that Walter Benjamin, Michel de Certeau, Henri Lefebvre, and J.B. Harley provide a vocabulary and rationale for pairing and parsing historical maps with GIS tools. For example, Presner identifies a 1926 Pharus map of Berlin as an artifact of Germany's self-cultivated national image. It's not surprising that the map documents railroads in disproportionate measure to other elements of the landscape, given that particular technology's status as an early twentieth century symbol of modernity. Presner suggests that the railway signs on the map "do not demand a definite order or a unitary direction; instead, they can be experienced in any number of new temporal and spatial configurations" (54–55). While this observation is true of any map—as is the relationship between cartographic representation and a given culture's deepest ambitions and anxieties—Presner argues that the possibility for the Pharus map to be georectified and layered over contemporary documents constitutes an important intervention that allows users and readers to juxtapose alternate configurations of the same space. Technologies like Google's APIs and AJAX facilitate these explorations and allow scholars to move between layers, creating and visualizing diachronic and synchronic representations to pose critical questions about the construction and maintenance of spaces.

To some extent, HyperCities models disciplinary consilience between the digital humanities and social sciences by blending methods of inquiry that typically exist in distinct quarters of the academy. According to David J. Bodenhamer, John Corrigan, and Trevor M. Harris:

The term humanities GIS sounds like an oxymoron both to humanists and to GIS experts. It links two approaches to knowledge that, at first glance, rest on different epistemological footings. Humanities scholars speak often of conceptual and cognitive mapping, but view geographic mapping, the stock and trade of GIS, as an elementary or primitive approach to complexity at best or environmental determinism at worst. Experts in spatial technologies, conversely, have found it difficult to wrestle slippery humanities notions into software that demands precise locations and closed polygons.1David J. Bodenhamer, John Corrigan, and Trevor M. Harris, eds., The Spatial Humanities: GIS and the Future of Humanities Scholarship (Bloomington: Indiana University Press, 2010), viii.

Bodenhamer, Corrigan, and Harris pose these stark distinctions between the humanities and GIS to make a larger point—that digital humanities scholars must make certain concessions if they incorporate GIS tools into their work. As Timothy Nyerges, Helen Couclelis, and Robert McMaster recount, GIS tools developed as imperial instruments, rooted in government-facilitated programs of surveillance and control over people and the earth (4–6). Conversely, the humanities, broadly construed, encourage critical thinking for the betterment of civic society. HyperCities leaves specific tensions between the roots of these digital technologies and their adoption by humanities-driven scholars under-explored. Aside from briefly mentioning "military satellites encircling the earth [and surveying] movement on the ground down to centimeters," Presner, Shepard, and Kawano provide only limited commentary on how GIS tools are implicated in military colonial agendas (85). Even though HyperCities features test cases such as the ghost map series, which evince how imperial tools can be manipulated to serve the goals of social justice, the authors could have included more voices from critical GIS. Matthew W. Wilson, professor of geography and co-director of the New Mappings Collaboratory at the University of Kentucky, for example, notes how David Harvey and other critical geographers situate GIS tools amidst a litany of cultural critical frameworks that question sociopolitical change in the context of geographic knowledge. These shortcomings notwithstanding, HyperCities is an important contribution to geospatial inquiry in the digital humanities. It models collaborative work with GIS, and it gestures toward future projects in which scholars might combine data curation, visual design, and narrative storytelling to extend humanities inquiry of literary, historical, and cultural texts.

Andrew Battista is a Librarian for Geospatial Information Systems at New York University, where he facilitates GIS learning and develops geospatial data collections for the NYU community. He earned a PhD in English Literature in 2011 and teaches courses on information literacy, social media, art history, and the politics of information. In addition to geospatial literacy, Battista is interested in data literacy, digital humanities, critical library pedagogy, social media, and human attention.

Kirsch, Adam. “Technology is taking over English Departments: The False Promise of the Digital Humanities.” The New Republic, May 2, 2014.
http://www.newrepublic.com/article/117428/limits-digital-humanities-adam-kirsch. 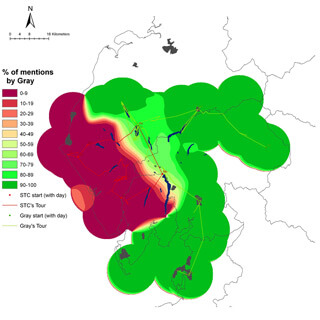 Has Historical GIS Arrived?: A Review of Toward Spatial Humanities 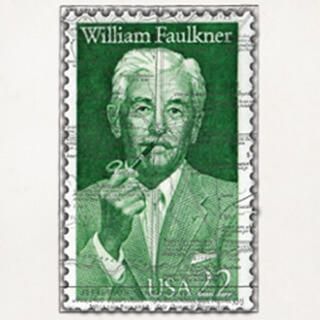