New Orleans Suite: Music and Culture in Transition, a compelling collection of photography and analysis on the ever-changing positions, roles, and meanings of Afro-diasporic cultural expressions in New Orleans, adds its words and images to the growing body of work examining post-Katrina dynamics of music, race, and representation. Authors Lewis Watts, a photographer and professor of art at the University of California Santa Cruz, and Eric Porter, a University of California Santa Cruz American Studies and history professor, take the title of their book from a five-movement Duke Ellington-composed tribute to New Orleans. In doing so, they identify Ellington's attempts at representing place, history, and culture in the city, his multi-genre approach, and his identity as a New Orleans outsider as a conceptual frame with which to guide their work.

The authors' goals are straightforward: to pay homage to New Orleans and its residents; to map and analyze often contradictory post-Katrina social and cultural transformations; and to confront inadequate and pejorative accounts of people and place through visual representation and analysis. Interspersed throughout are sections of photography that complement the narrative—the first of which, "Foundations," provides an orientation to Afro-diasporic cultural production, artistry, and the built environment in the years leading up to Katrina. From a player piano in the process of being restored in a shop on Magazine Street to a portrait of MacArthur Award-winning artist John Scott, who lost his home in Katrina and died shortly afterward, to a selection of images depicting places and spaces of spiritual and vernacular importance, this section provides a useful visual introduction to the analysis that follows.

Throughout New Orleans Suite, the authors also use specific albums to launch and frame their analyses. Just as the introduction begins with Ellington's "Suite," the following chapter, "New Orleans, America, Music," uses the compilation album Dear New Orleans (released in August 2010 to commemorate the five-year anniversary of Katrina and to respond to the Deepwater Horizon oil spill) as its point of entry. Watts and Porter then outline specific examples of civic engagement and musical or cultural (re)development and how contradictions inherent in such initiatives have, in many ways, come to define the city's recovery narrative. As New Orleanian Afro-diasporic community-based expressive art forms (exemplified in this context by Mardi Gras Indians, second lines, and social aid and pleasure clubs) comprise the theoretical center of New Orleans Suite, Watts and Porter also spend much time examining the tourism economy's simultaneous exploitation and marginalization of these communities. They consider in detail the New Orleans Jazz and Heritage Festival, and the possibilities and problematics involved in this annual, highly profitable mega-event. Who defines cultural authenticity in the context of the highly contested terrain of the festival, and to what end? The authors conclude this section by offering a discussion of "consumer entitlement" (i.e. to what are outsider consumers of culture "entitled," and on what grounds and in what contexts?), a topic that continues to be at the forefront of conversations on power and consumption in the city after the storm.

The Katrina photography in New Orleans Suite is clear-eyed and nuanced: a flooded band room sitting empty, its brass instruments ruined; New Orleans police officers in huddled discussion off St. Claude Avenue after the storm; Blackwater private security trucks; an occupant in front of his B.W. Cooper housing project apartment and that same apartment closed in May 2006 to prevent the return of its residents. Photography included in "Funerals and Second Lines" beautifully details the artistry, power, and purpose involved in neighborhood-controlled events. A "Mardi Gras" collection of photographs celebrates the importance of festival in remembering the past while remaking the present through collectively (re)constituted histories and traditions.

Despite the difficult subject matter, Watts and Porter are rarely overly critical or pessimistic. While the first half of New Orleans Suite offers thoughtful discussions on issues of concern and contradiction, the second half offers an optimistic narrative on the abilities of music-centered cultural production to dismantle reductive, overly simplistic discourses and powerfully and strategically assist in the process of (re)building memory and identity. Throughout their work, the authors illuminate the intangible power expressive art holds in New Orleans; the unique abilities of music to help "make sense of things" in ways that other art forms cannot; and ways in which the fact that New Orleans holds a deep symbolic significance for many infrequent visitors and residents alike has acted as both a blessing and a curse. Watts and Porter offer grounded theory as well, encouraging creolization and diaspora as productive frameworks for studying cultural production in this post-Katrina city.

While some choices in New Orleans Suite are a bit heavy-handed—likening the book's approach to a "jam session," for example—Watts and Porter have created an accessible collection of words and images that offers productive insights into a place and space in transition. While the authors' goals are straightforward, their careful discussion of the problematics involved in consuming and representing black culture and their detailed accounts of economies of misrepresentation and the ever-increasing fetishization of "authentic" New Orleans culture are nuanced and insightful. Their positioning of cultural production/consumption as highly contradictory sites is well taken, as are their concerns about post-Katrina rebuilding via cultural development and their astute commentary on the politics of reconstruction, gentrification, and the right to return. New Orleans Suite is a creatively conceived and productive addition to the growing body of work on post-Katrina culture work in New Orleans.

Holly Hobbs is a PhD candidate in ethnomusicology at Tulane University where she is completing her dissertation on hiphop in post-Katrina New Orleans. She is the founder and director of the NOLA Hiphop Archive, a digital archive of hiphop oral histories housed at New Orleans' Amistad Research Center. Hobbs has researched and written on grassroots music traditions in the US South, the west of Ireland, and East Africa and writes for the urban music and culture website, The Smoking Section. 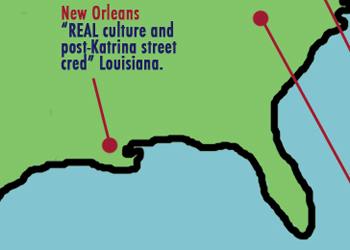 Category 3 Gentrification: On New Orleans's Population Trends and the Hostility of Internet Commenters 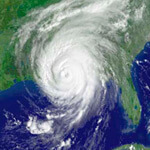 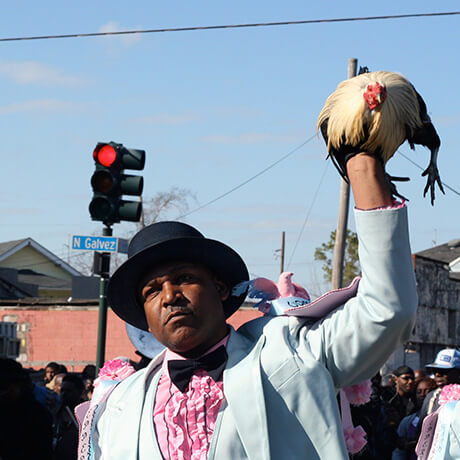 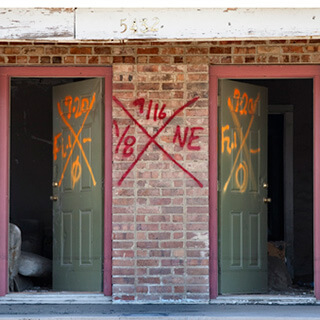 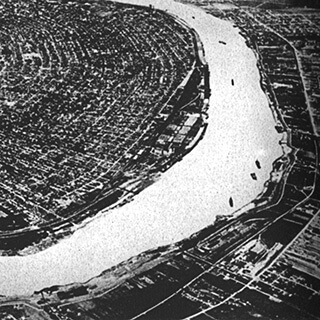 Lyle Saxon and the WPA Guide to New Orleans