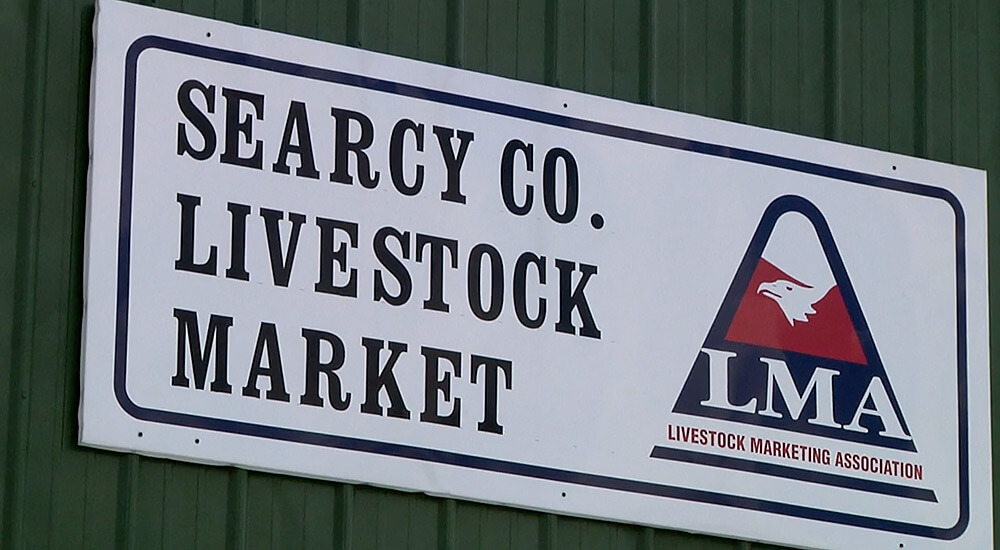 Searcy County is a sparsely populated area in the Ozark region on US Highway 65 between Little Rock, Arkansas, and Branson, Missouri. Ninety-six percent white, the county is demographically similar to northern Arkansas and southern Missouri counties, home to a declining population predominantly employed in farming. Searcy's population has declined by nearly fifty percent since 1910. The county had over one thousand farms in 1963; five decades later it has fewer than six hundred.

Now closed, the Searcy County Livestock Auction sat just south of Marshall, the county seat. Tony Bratton, a local farmer, opened the auction in 1947. Jack Simpkins bought it in 1955 and ran it until its closure in 2009. Operating once a week, it attracted both local and out-of-state buyers. Initially, the auction sold both cattle and hogs, gaining a reputation as one of the country's premier sites for the purchase of fat hogs, ready for slaughter. But as the pork industry integrated vertically, fewer local farmers bred pigs, and eventually the auction house sold only cattle—as many as three thousand steers a day from up to a hundred miles away. As business dwindled—and only months after I documented it in 2009—Simpkins decided to close. Increasingly, online sales and the growth of cattle factory farms are rendering live auctions irrelevant.

While I am not from Searcy County, my connections to the place stretch back to 2003. Originally from Brookline, Massachusetts, I moved to Arkansas in 2003, where I taught high school for two years in the Mississippi Delta, the eastern part of the state. One weekend, on a whim, I attended a music festival in the Ozarks and befriended a Searcy County couple selling food there. Visiting with them, I became interested in the county's landscape and political economy. I have continued to return almost every year as I work on my dissertation about Mexican guest workers who plant trees for reforestation companies owned by aging hippies in the Arkansas Ozarks.

Entering the livestock auction house for the first time, I was immersed in a world of unfamiliar gestures, rituals, and languages. I was particularly struck by the pathos of the animals themselves. I brought my camera one afternoon and, after producing evidence that I wasn't working for PETA, was granted permission to record. The sounds of the place transfixed me, and I created a video piece that centers on the audio of this auction house.