Filmmakers Anne Lewis (associate director, Harlan County, USA) and Mimi Pickering (Director, The Buffalo Creek Flood) worked with Braden to make this documentary, recording a series of conversations over more than two years. Initially a reluctant subject, Braden confides on camera that being the focus of such attention "embarrasses me highly." Eventually, she grew more trusting of these two filmmaking veterans, relaxed and told her story. But Braden never relinquished control of her narrative. As Anne Lewis put it, Braden "refused to be reduced to sound bites and would command me to be patient if I tried to steer her in any way." Cinematically straightforward, Anne Braden: Southern Patriot resembles Henry Hampton’s Eyes on the Prize: America’s Civil Rights Years (Part 1, 1986; Part 2, 1989) in narrative style, content, and editing.

The DVD cover of Anne Braden shows its subject in a white turtleneck and black jumper, strikingly like a priestly garment and clerical collar. Although the documentary brushes aside her life-long devotion to organized religion, this image embodies the film’s argument—that she was a martyr to the causes she believed in, gave her life for others, and made sacrifices that far transcended the ordinary. Anne Braden details how as a child of the white southern middle-class, Braden grew up to critique the language of white supremacy and use her sharp intelligence and pragmatic skills as a journalist at the Anniston Star, the Birmingham News, and the Louisville Courier, to investigate case after case of racial injustice in the South and the nation. Her 1948 marriage to Carl Braden, the son of recent immigrants, forged a personal and political alliance that merged her commitment to racial integration with his close ties to the labor movement and the Socialist Party.

A first-person documentary based largely on biographer Catherine Fosl’s book, Subversive Southerner (2006), Southern Patriot is narrated principally by Braden. Fosl makes multiple appearances, recounting in a riveting statement early on that throughout Braden's long career, she never "took her hand off the plow" of social justice, and once her course was set, she did not look back. Interviews with a number of activists who worked with Braden across the decades recount stories of her dedication and vision. Brief, laudatory vignettes by Cornel West, Bernice Johnson Reagon, Reverend C.T. Vivian, and Angela Davis underscore the importance of Anne Braden’s path-breaking work on civil rights and discuss the implications of her activism for the twenty-first century.

The film recounts Anne and her husband Carl's 1954 decision to purchase a house in an all-white Louisville neighborhood for Andrew and Charlotte Wade, a young African American couple. The Wades moved in on May 15, 1954, two days before the US Supreme Court's Brown vs. Board of Education decision striking down school segregation. Anne Braden documents in harrowing detail how this modest suburban home, first damaged by rocks and gunshots, and then partially destroyed by a bomb, became the focal point for desegregation in Louisville. The hostile white neighbors who had threatened the Wades' safety multiple times were never seriously questioned about these crimes. Rather, the state of Kentucky charged the Bradens with arson and sedition. Carl spent seven months of a fifteen year sentence in prison and lost his job at the Courier-Journal. In a low-pitched voice-over, Braden narrates over newspaper articles from the trials, photographs of the bombing, and film clips, including portions of an interview with Andrew Wade. She analyzes the context of this pivotal civil rights case, concluding that: "The anti-Communist sort of hysteria that was gripping the country and the anti-Black hysteria that was certainly gripping the South, all got rolled up in a ball and hurled at us. We were traitors to the country, to our race, we were Communists; we were evil; we were the devil."

The Bradens deepened their commitment to activism. Their reputation as "subversives" followed them into the wider civil rights movement. Throughout the 1950s and 1960s, the Bradens worked in relative isolation, especially in the South, and were treated like political and social pariahs in their hometown. Until decades after Carl’s death from a heart attack in 1975, even groups dedicated to social change spurned their participation. Blacklisted from employment, Anne and Carl Braden accepted an offer from the Southern Conference Education Fund (SCEF), an outgrowth of the New Deal era's Southern Conference for Human Welfare. They worked as SCEF organizers out of Louisville on a comprehensive civil rights agenda aimed at ending segregation and extending the power of trade unions. For years Anne Braden used her talents as a journalist to edit SCEF’s widely read radical left newsletter The Southern Patriot.

The film Anne Braden: Southern Patriot shows how Anne Braden found her voice as a southern white woman after following the advice of William Patterson, the African American founder of the radical Civil Rights Congress. Braden recounts on camera how Patterson told her: "You don’t have to be part of the world of the lynchers; you can join the 'Other America,' the people who struggled against slavery . . . the white people who supported them, the people who all through Reconstruction struggled." He listed all those who have worked against injustice, she remembers, and at this point when "I was hardly dry behind the ears . . . that’s what I needed to hear." Braden heeded Patterson’s counsel, cast her lot with those in the "Other America," and shaped a broad vision of solidarity that encompassed past generations of American dissidents, those involved in current struggles, and those who would continue to fight for social and economic justice. Relatively slow to embrace women’s liberation, Anne Braden came to see feminism and eventually gay rights as natural extensions of the civil rights movement. In December 1972 she penned "A letter to white Southern women," (included in a PDF on the Anne Braden DVD), whom she addressed as "my white sisters." She made a powerful plea to white women of the South, who she argued "belong in this fight," to join a campaign to free Thomas Wansley, a young black man arrested at age sixteen who had spent a decade in prison on a fabricated rape charge. Braden reflects on this case in Anne Braden and restates her argument that: "no white woman reared in the South—or perhaps anywhere in this racist country—can find freedom as a woman until she deals in her own consciousness with the question of race." Only women, she argued, could destroy "the myth of white Southern womanhood" by not remaining silent as black men die or go to prison.

Braden’s message and influence are made clear in Anne Braden, but the question of her motivation is one that the film skirts. What forces drove her to take up the cause social justice in such a decisive way? What gave Anne and Carl the courage, year after year, to dedicate everything they had to changing the world, to making real their shared vision of a beloved community built on racial equality and economic justice? How did she weave together the seemingly diverse elements of her background, religion, and education to take on the challenges of racial and economic justice in the second half of the twentieth century? How did she become a radical?

Anne Braden was an activist who left a rich bequest in the dozens of multi-racial activist groups that continue her work. By the final years of her life (she died in 2006) even longstanding arch-enemies acknowledged Braden as a heroine. Predominantly white liberal groups that had previously shunned her began presenting her with awards. The American Civil Liberties Union gave her the first Roger Baldwin Medal of Liberty, and the Southern Regional Council bestowed its Lifetime Achievement Award. Once the tide turned Anne received multiple honorary degrees, and after her death, even the state of Kentucky went from vilifying her to paying "honor and tribute" in an official resolution. Anne Braden called these actions, "apologizing for fifty years of history." Anne Braden: Southern Patriot celebrates Braden’s long career, from 1948–2006, and what activist Angela Davis termed, her "inveterate optimism, even in the worst of times [and] her refusal to give up."

Mary E. Frederickson is a professor of history at Miami University, Oxford, Ohio, where her research and teaching centers upon women’s history and labor studies. She is the author of Looking South: Race, Gender, and the Transformation of Labor (University Press of Florida, 2011) and Gendered Resistance: Women, Slavery and the Legacy of Margaret Garner (University of Illinois Press, forthcoming 2013). During 2012–13, professor Frederickson has been a Mellon fellow at the James Weldon Johnson Institute working on a social and legal history of sickle cell disease. She will be a visiting professor in the Graduate Institute of Liberal Arts at Emory University in 2013–14. 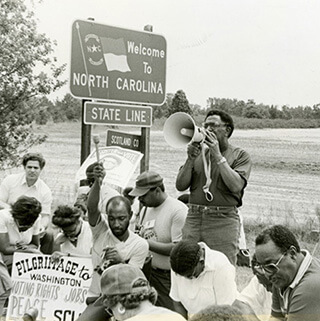 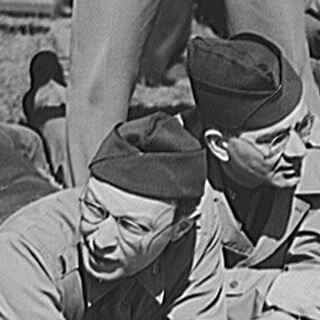