In Go-Go Live: The Musical Life and Death of a Chocolate City journalist and educator Natalie Hopkinson uses go-go—the ultra-local style of African American popular music that has dominated metro Washington, DC, since the 1980s—as a window into the life of a "Chocolate City," a phrase popularized by funk artist George Clinton to describe predominantly African American urban areas. Rather than focus on musicians, promoters, and others associated with the music industry, Hopkinson draws upon interviews with an array of participants—including collectors of live recordings, urban wear designers, suburban drug dealers, and preachers who use "gospel go-go" to draw young people into their churches—to show this scene at its most grassroots. Building upon recent scholarship by Mark Anthony Neal and others, Hopkinson theorizes go-go as a central aspect of the black public sphere that rose to fill the void in a city largely abandoned by its overwhelmingly white stewards in Congress during the last decades of the twentieth century.

Home to a highly educated black middle class rooted in institutions like Howard University, DC experienced a similar urban crisis with many US cities beginning in the late 1960s. Following the assassination of Martin Luther King, Jr., the segregation-era black enclave around U Street was left gutted by rioters, a trauma felt through subsequent decades. DC became blacker and poorer as middle-class residents retreated to the suburbs. With a declining tax base, the city's schools and service institutions could do little to counteract the atmosphere of hopelessness and frustration pervasive in poor black neighborhoods.

Go-go is heavily rooted in call-and-response lyrical constructions and polyrhythmic, Latin-inspired percussion. It emerged and persisted because of audience demand, and has maintained its prominence within DC's black youth culture for more than three decades. In a process of collective creation, local audiences embraced go-go, imbuing it with a sense of shared identity and ownership. Go-go finds its core expression in live shows, where bands cater to their audience's expectations of a nonstop musical celebration filled with references to local people and places. As Chuck Brown, the guitarist and bandleader (who with his band The Soul Searchers pioneered the genre in the 1970s), observed, "It's easy, once you get the audience. If you don't get the audience, you got nothing."1 David N. Rubin, Go-Go Swing (WETA-TV, 1990), videocassette, 60:00.

In the late 1980s, go-go rose to local popularity just as the city's black neighborhoods were slipping into the chaos of the crack era, and DC became known as the nation's "murder capital." With little to no positive representation in the mainstream media, young DC residents relied upon the recognition they (or their deceased friends or family members) received from the "lead talkers" of go-go bands in live shows in the form of "shout-outs." The go-go fan base supported a dynamic local economy of bands, clubs, and urban clothing designers, fostering a distinctive and largely self-contained scene.

When the tide started to turn after the millennium, the city faced a new problem—gentrification and the dissolution of a concentrated enclave of black life and culture. The "Death" referred to in the book's title is, thankfully, not that of go-go itself, but that of the isolated, culturally independent, economically deprived, and politically underrepresented "Chocolate City" of the 1980s and 1990s. Despite feelings of nostalgia and anxiety, Hopkinson embraces the change in the city's makeup, one she attributes to new attitudes among whites who helped elect Obama and who make up much of the "creative class" flocking to previously abandoned inner-city spaces. The change in DC's fortunes dispersed go-go from the inner-city enclaves in which it began to a more diffused presence in and around DC, including Baltimore and the eastern suburb of Prince George's County in Maryland.

Hopkinson uses autobiographical narrative to leaven her historical treatment of black DC, and includes several extended oral histories that add flavor to Go-Go Live. This wide-ranging approach, however, leaves little room for nuance with regard to the history and evolution of go-go music itself, which she ultimately presents in a rather static and one-dimensional manner. While Hopkinson demonstrates convincingly the genre's integral part of black life in Washington, she often portrays the historical contours of this connection in overly-broad terms. Hopkinson makes reference to the rise of "bounce beat" go-go, a stripped-down version of the music that emerged around 2000, but the book gives little insight into the ways in which the music changed since its late 1980s inception, the timing and reasons behind those changes, and the nature of go-go's connections to other contemporary forms of black youth culture.

Hopkinson romanticizes go-go as intentionally separating itself from mass-marketed popular culture, specifically framing it as "a kind of cultural and economic counterdiscourse to hip-hop" (10), which she describes as "a platform that aggrandizes and exploits black pathology and dysfunction and then offers it up for the consumption of global audiences for corporate profit" (154). But when the histories of both go-go and "mainstream hip-hop" are taken into account, the distinctions are much less clear. The failures of various attempts to bring go-go to wider markets should not be interpreted as a wholesale rejection of commercial ambitions. Further, the positive aspects of go-go, including a focus on dancing and "representing" local people and places, can't be separated from aspects of the scene which communicate an ambivalent morality or which glorify the violence and aggression of street life. As for hip-hop, most of the nationally famous artists in that genre have emerged from some sort of local scene that, while aesthetically different from DC's go-go, touched upon similar senses of collective identification, energized the same kind of economic opportunities, and involved multiple generations of participants whose activities remained strictly local and not particularly profitable. Go-go is no less important to the cultural life of black DC because it is ambiguous, complex, contradictory, and multifaceted. These aspects confirm its status as an authentic expression of urban grassroots audiences.

Take Me Out to the Go-Go
http://www.tmottgogo.com/ 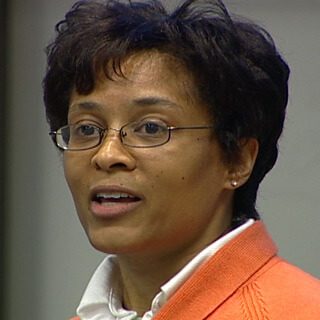