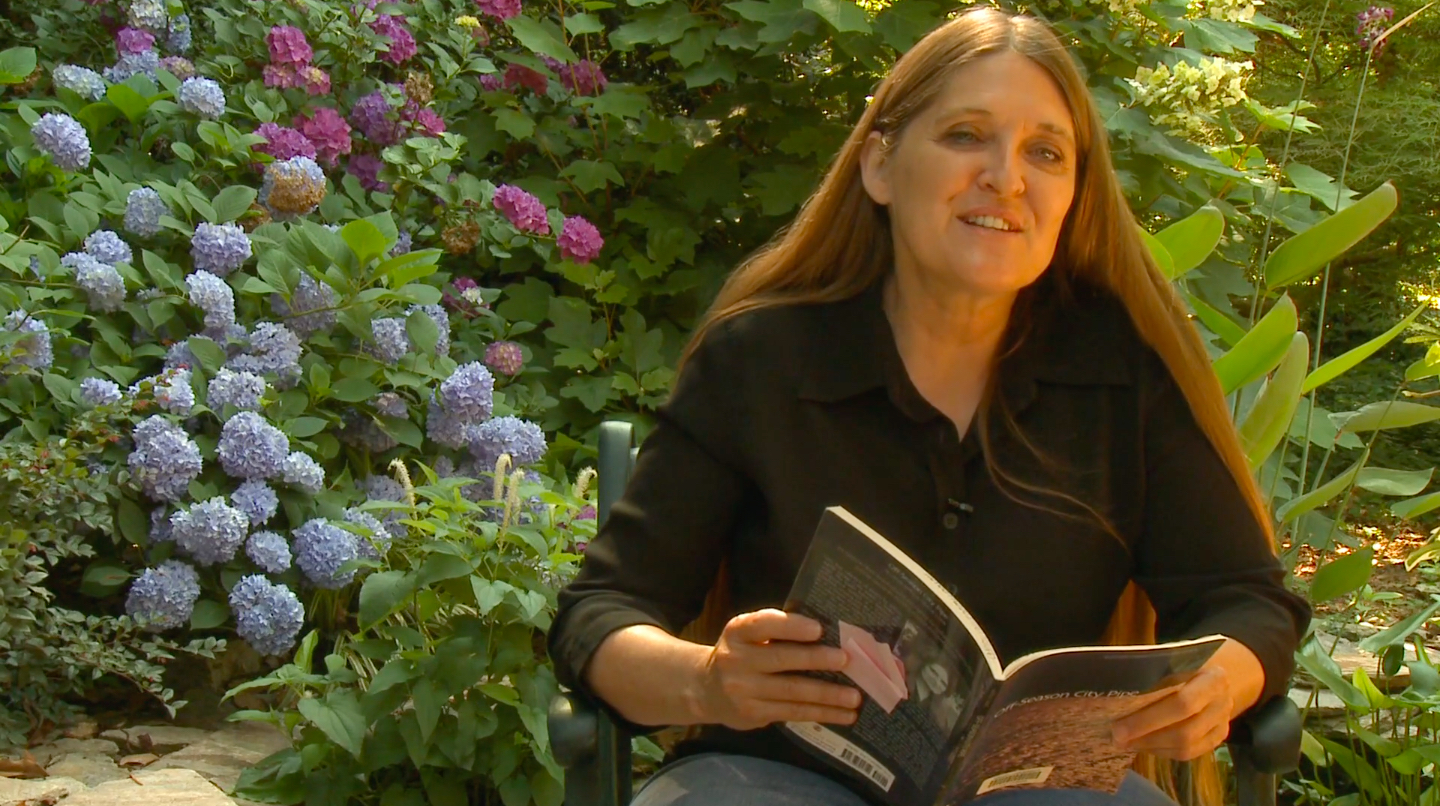 In these poems and interview excerpts, Allison Hedge Coke returns to several locations in North Carolina where she lived and worked in the early 1970s. She describes the transformation of tobacco agriculture, off-season work in Raleigh, and a variety of personal and domestic situations in her efforts to make a living and a life.

"Placeholder: Carolina Poems of Love and Labor" is part of the Poets in Place series, a Research Collaboration in the Humanities initiative funded through Emory University’s Presidential Woodruff Fund, in collaboration with the Office of the Provost. Series producers are Natasha Trethewey and Allen Tullos.

An Interview with Allison Hedge Coke

Part 2: Coke discusses “Packin’ Four Corner Nabs,” a poem about working in a peanut butter cracker factory as a teenager in NC

Part 3: Coke discusses her family and agricultural work, “The Change,” the modernization of tobacco agriculture, suburbanization

Allison Hedge Coke is an award-winning poet and author of Huron, Cherokee, French-Canadian and Portuguese ancestry. Her poetry ranges from North Carolina where she worked in tobacco fields, to California where she worked for an international organization representing indigenous peoples.

She studied at the Institute for American Indian Arts in Santa Fe and at Vermont College, where she completed an MFA in creative writing and post-grad work. As a Naropa Poetry Prize fellow, Red Elk and SUEI poet-scholar, Hedge Coke was twice in residence at Boulder's Naropa Institute with poet Allen Ginsberg.

Hedge Coke is currently an associate professor of English and holds the Paul & Clarice Kingston Reynolds Chair at University of Nebraska at Kearney. Her published books include Blood Run (2006), Off-Season City Pipe (2005), Rock, Ghost, Willow, Deer (2004), Dog Road Woman(1997), and The Year of the Rat (1996). Dog Road Woman won the 1998 American Book Award. She has edited eight additional books and is the senior editor of Platte Valley Review.

Poetry Foundation: "When the Animals Leave this Place"
http://www.poetryfoundation.org/archive/poem.html?id=240128.

Weymouth Center for the Arts and Humanities
http://www.weymouthcenter.org/.