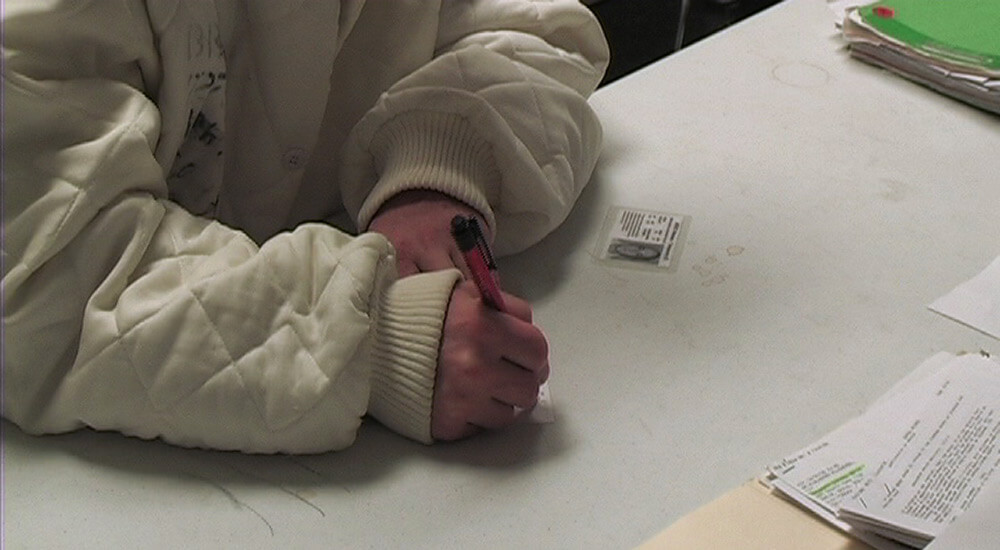 In 2009, Shannon Brockman was one of thirteen thousand people released from prison in Alabama. This video offers a glimpse of Brockman's experience at the Foundry, a re-entry facility in Bessemer.

Ten Dollars and a Bus Ticket: Video and Essay

Individuals' experiences in the criminal justice system and prison are frequently sensationalized when they are represented in popular culture and public discourse. The post-prison re-entry process is seldom part of anyone's depiction or discussion.

In the fall of 2008, we partnered together in an interdisciplinary documentary filmmaking course at The University of Alabama to explore what happens after someone is released from prison. We reached out to the Foundry, a private, faith-based re-entry facility for men in Bessemer, a city adjoining Birmingham. Over the course of two months, we interviewed more than fifteen recently released individuals about their experiences and had the opportunity to document one, Shannon Brockman, as he made the transition to life after prison.

In Alabama, there is a comprehensive system for processing convicted criminals and placing them in correctional facilities, but for many of the thirteen thousand people released from prison in the state each year, the transition is less certain. Some will move into the only re-entry facility owned and operated by the state (which can only accommodate four hundred individuals). Others will make their way to private re-entry facilities (with varying degrees of effectiveness), and some will move into halfway houses. The majority will return to where they lived before prison, with no new defenses or support against that environment.

Two factors significantly help ex-inmates avoid returning to prison: the opportunity to acquire and maintain a stable job and the attainment of as much education as possible. Halfway houses and projects that provide ex-convicts with services such as food, shelter and drug treatment programs without providing job-readiness and employment placement programs result in only modest success at helping clients avoid re-incarceration.

The lack of work experience among ex-convicts also limits the acquisition of basic skills for the workplace, such as reliability, sociability, motivation and effective communication. More timely, structured, and intense interventional programs that emphasize job-training and long-term job placement have much higher degrees of success.

The route an inmate takes at the time of release often depends on the prison in which he or she is incarcerated, the recommendations of the parole board, or the number of open beds at the local re-entry facility. 92% of prisoners in Alabama are male, so most of these facilities target men, though a program is also being developed to address the needs of female inmates, particularly mothers with children. Some inmates, especially the few who participate in GED or college programs while in prison, may be more prepared to face the obstacles outside. More and more obstructions to employment continue to appear in legislation. Alabama is among the states that allow employers to inquire about arrests not leading to conviction in the job application process, and many college programs disappeared from prisons in the wake of federal legislation that rendered inmates ineligible for Pell Grants.

In 2008, the Alabama Department of Corrections reported that the state incarcerated 30,896 prisoners, and spent $15,233 to house an inmate for a year, but the fate of those leaving the prison system was pretty much left to chance. A more compassionate approach to releasing prisoners, one that offers educational, residential, and employment opportunities, would ensure that no ex-inmate is overlooked and has an opportunity to become a contributing member of society.

Travis, Jeremy. But They All Come Back: Facing the Challenges of Prisoner Reentry. Washington, DC: Urban Institute Press, 2005.

The Foundry, a faith-based reentry program in Bessemer, Alabama
http://www.thefoundryonline.org/

The Released, PBS documentary about mental illness and recidivism.
http://www.pbs.org/wgbh/pages/frontline/released/