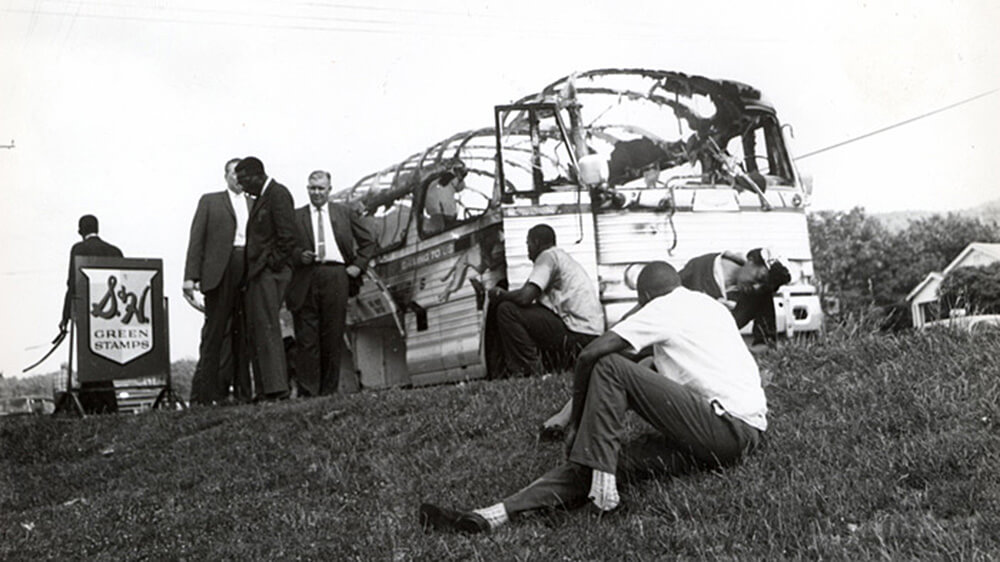 Ellen Spears examines the ongoing struggle to create a memorial honoring the Freedom Riders during the 1961 bus bombing in Anniston, Alabama.

Another Mother's Day has come and gone and still no officially supported memorial honors the Freedom Riders at the site where civil rights workers braved the vicious firebombing of their bus near Anniston, Alabama, on Mother's Day in May 1961. Momentum is growing to construct a suitable memorial at the site—one of the most iconic locations in the struggle to end segregation—before the fiftieth anniversary of the bus burning occurs in 2011. A racially violent past is best addressed not by erasing its traces on the landscape, but by providing a fitting remembrance to those who challenged Jim Crow, a monument that would confront segregation's persistent presence and effects.

On May 14, 1961, a Greyhound bus carrying seven Freedom Riders, organized by the Congress of Racial Equality (CORE), traveled south from Atlanta to test newly upheld federal prohibitions against segregation in interstate transportation. The CORE-sponsored rides were part of a months-long series of protests that stretched from diverse locales, including Washington, DC, and St. Louis to New Orleans and St. Petersburg, Florida, from April to December 1961. Raymond Arsenault's 2006 book, Freedom Riders: 1961 and the Struggle for Racial Justice, gives the definitive account of these protests.1Raymond Arsenault, Freedom Riders: 1961 and the Struggle for Racial Justice, Pivotal Moments in American History. Oxford; New York: Oxford University Press, 2006.

Ninety miles southwest of Atlanta was Anniston, a "very explosive trouble spot," with violent Klan activity, noted the Riders' advance reports.2Arsenault, Freedom Riders, 97, quoting Tom Gaither's report in advance of the rides. At the Anniston Greyhound station, with police nowhere in sight, a white mob attacked the bus, slashing its tires. When the pursuing mob forced the battered bus to a halt near the Forsyth and Son Grocery on the Birmingham Highway, Route 202, about five miles west of Anniston, one attacker hurled a firebomb into the bus. The riders trapped inside the smoke-filled vehicle broke free, only to risk further assaults as they exited the bus. The Riders went on to face attacks in Birmingham and Montgomery, and their courageous persistence is widely credited with breaking the stranglehold of segregation in interstate travel in the US South.

Georgia Calhoun, a retired teacher and board member of the Anniston Museum of Natural History, has been pressing for a memorial to the Freedom Riders in Anniston for fifteen years. Since 1994, when Calhoun first approached the Anniston City Council about supporting a marker, she has met resistance to placing a fitting tribute at the site.

Only in May 2007 did members of the Theta Tau chapter of the black fraternity, Omega Psi Phi, mount a privately funded historical marker near the scene. The marker, placed on a triangle of land at a right-of-way controlled by the Alabama Department of Transportation, describes the significance of the attack near Anniston: "The incident served to strengthen the resolve for the civil rights movement."3Historical marker placed by the Theta Tau chapter of the Omega Psi Phi fraternity, May 2007. The marker was initially mounted on May 13, 2007, then taken down until the Alabama Department of Transportation permitted remounting the plaque a few weeks later.

Sometimes, the very existence of places requires memory. And, ironically, the city's economic future may depend on acknowledging this racially violent past, says Betsy Bean, executive director of the Spirit of Anniston, a downtown revitalization program. "If Anniston is ever going to come back," says Bean, "we must acknowledge its past."4Personal communication, May 26, 2009.

The city of Anniston in northeast Alabama (population 24,276 in 2000), once the state's fourth largest city, now ranks twelfth in the state. Racial strife is only one antecedent of the city's decline. Iron manufacturing, the core of the city's late nineteenth and early twentieth century industry, has long since waned. In 1999, the US Army closed its training base at Fort McClellan, one of two US military installations on which the city's economy depended. Highly publicized trials against the agro-chemical company Monsanto for PCB (polychlorinated biphenyl) pollution prompted the off-putting label "Toxic Town USA." A bitterly contested fight over the chemical weapons incinerator at the Anniston Army Depot, where military personnel and civilian employees are destroying deadly Cold War era nerve agents, drove some residents away.

Calhoun and Bean, along with State Representative Barbara Boyd and Jacksonville State University (JSU) Environmental Policy Information Center Director (EPIC) Pete Conroy, have been leading an initiative to build a larger memorial at the Freedom Riders site. But official reluctance to honor the Freedom Riders has often blocked action. In denying Georgia Calhoun's earlier request for a memorial, Anniston City Council members insisted the Calhoun County Commission was the appropriate venue to take up the request, since the actual site of the firebombing is in Calhoun County, outside the Anniston city limits.5Dan Whisenhut, "Marking History," The Anniston Star, May 14, 2006.

In 2003, Georgia Calhoun petitioned the Alabama Historical Commission, of which she is a member, for two official markers near Anniston: one at the site of the 1961 bus burning and one where African American foundry worker Willie Brewster was gunned down in a racially motivated murder in 1965. But, the Alabama Historical Commission denied the request, with the puzzling rationale that the place was not "properly preserved" to qualify for historic designation.6Letter from Ann Zito Hooper, of the Calhoun County Grant Office, to Georgia Calhoun, November 25, 2003. "The exact spot is no longer there," said JSU's Pete Conroy in 2006, highlighting the irony of the erasure of these racial events from the terrain.7Whisenhunt, "Marking History," The Anniston Star, May 14, 2006. The actual site where the bus was engulfed in flames was paved over to expand Highway 202 to accommodate Anniston Army Depot traffic.

The controversy over a memorial became particularly heated in 2006. Calhoun County Commissioner Eli Henderson, who represents the district west of Anniston in which the site is located, pushed instead in 2006 for money for a Confederate memorial. Commissioner Henderson supported $58,000 for restoration of a site in nearby Ohatchee, the Janney Furnace, which supplied ammunition to the Confederate army. County funding supported erecting "the largest granite Civil War veteran's monument in the world."8Dan Whisenhunt, "The Civil Divide," The Anniston Star, August 20, 2006. Such Confederate memorials represent a particular slap at the Freedom Riders memorial plans, as The Anniston Star editors wrote in 2005, "part of a larger effort to slow down the changes engulfing the South."9"Another monument," The Anniston Star, November 21, 2005.

Also stalling the plans for a marker was the continued fear of racial vandalism at the site, making all the more clear the need for remembrance. However, no vandalism has taken place at the site of the historical marker, reports Georgia Calhoun. To the contrary, more people are visiting the site on Highway 202 since the plaque was placed, Calhoun explains. Still, she envisions more than a marker at the site, a place where visitors could pull off the highway to stop at the memorial, a place for meditation and for ongoing education.

Other sites at which a commemoration would be appropriate include the old bus terminal, which still stands at 1031 Gurnee Avenue, in the heart of downtown Anniston. "The bus station is right behind my office here and there is simply no acknowledgement of that fact," says Spirit of Anniston director Bean. "The dailiness of the segregation story, that's what we have an opportunity to tell in Anniston."

Heritage tourism frequently invites contradictions, pitting commercial interests that tend to blunt the hard edges of history against advocates for candidly confronting the past. The best civil rights memory sites serve a transformative role, not rewriting the past, but helping to remake the present.

In the current political climate, both Calhoun and Bean are optimistic. "The attorney general [Eric Holder] is right, there just hasn't been an honest discussion of race," says Bean, who would like to see the old bus terminal become the Anniston Center for Race and Reconciliation. "Despite the terrible history," says Bean, "I feel like there is more of a chance of an honest discussion here than any place else I have lived."

Ellen Griffith Spears was a visiting assistant professor in the Graduate Institute of the Liberal Arts at Emory University, and currently teaches courses in Emory's Department of Environmental Studies. She is also the former associate director of the Southern Regional Council, and served as managing editor of the SRC's quarterly journal, Southern Changes.

Sprayberry, Gary S. "'Town among the Trees': Paternalism, Class, and Civil Rights in Anniston, Alabama, 1872 to Present." Ph.D. Dissertation, The University of Alabama, 2003. 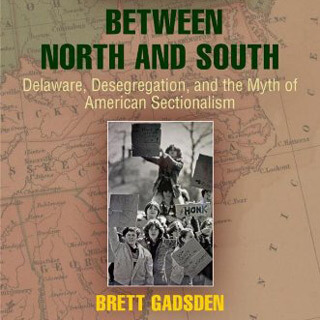 Desegregation, Delaware, and Civil Rights Liberalism: A Review of Brett Gadsden's Between North and South 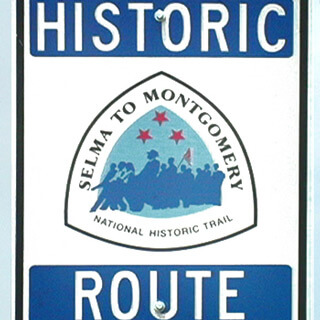