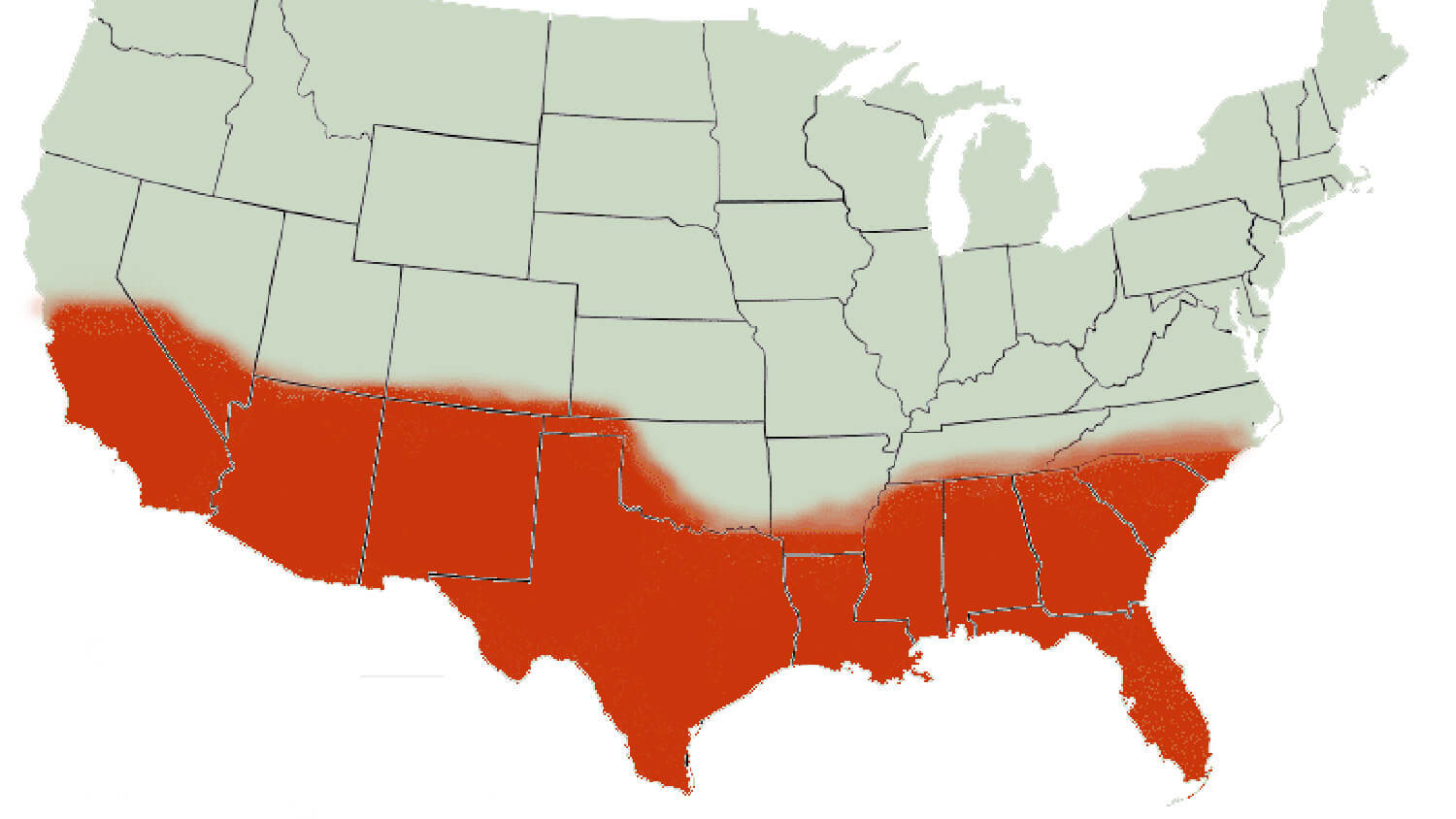 Joseph Crespino examines the concept of the Sunbelt in the 2008 Presidential Election.

At least since the 1960s, every presidential election has elicited abundant commentary on the role of the South in national politics. The 2008 election has been no different. It is often difficult, however, distinguishing between what is truly notable historically and that which is mere post-election chatter.

One noteworthy aspect of the 2008 election that has received relatively little comment is the fact that Barack Obama is the first president elected since John F. Kennedy who is not from the Sunbelt, the band of states that stretches westward from the former Confederacy through the southwest to southern California. From L.B.J. to George W. Bush, every president has come from one of these states. Gerald Ford of Michigan is the outlier, but he was never elected, only appointed.

The prominence of the Sunbelt in the last forty-four years reflected the historic geographical shift in population and power following World War II. Industries fled the north and Midwest, lured by right-to-work laws and local bonds that subsidized plant relocations. The Cold War fueled enormous defense spending and the Sunbelt got the disproportionate share, whether it was defense contractors in southern California, aircraft manufacturers in Dallas and Atlanta, or nuclear reactors in South Carolina. As capital and federal dollars moved southward, people followed. In the 1960s, the South reversed a historic trend: more people moved into this section of the United States than out of it for the first time since the 1870s. In 1930, New York was the most populous state, and California was only the sixth largest. By 1990, California had almost twice as many residents as New York.

The Sunbelt has perennially included Republicans and Democrats, but its political culture has skewed conservative. Its precursors lay in western myths of individualism and southern rhetoric of states rights. Sunbelt residents who moved to the expanding suburbs favored low taxes, opposed unions and school desegregation. These views and others coalesced into an anti-federal government philosophy that has been the hallmark of modern conservative politics.

The first great prognosticator of Sunbelt strength — indeed, the man who coined the term — was Kevin Phillips, a Harvard law school-grad and a pollster in Richard Nixon's 1968 presidential campaign. In recent years, Phillips has become one of the most impassioned critics of the Bush administration, but in the late 1960s he was part of a new generation of conservative political activists. His 1969 book The Emerging Republican Majority was a veritable blueprint for GOP politics. Phillips recognized not only the electoral potential in the Sunbelt but also the political dynamite in the social and cultural conflicts of the 1960s. Phillips famously confided to a journalist that understanding American politics wasn't that difficult. The key was to figure out who hates whom — "That is the secret."

This formula, which reached its apotheosis in the Rovean politics of the early twenty-first century, has been the mainstay of conservative populism for the past four decades. Republican politicians have successfully pitted "liberal elites" against "middle America," or as Phillips himself put it, "the great, ordinary, Lawrence Welkish mass of Americans." Richard Nixon had his "silent majority." John McCain discovered Joe the Plumber.

Of course, Sunbelt conservatism has not only been about cultural fireworks. Conservative intellectuals and party leaders made a powerful critique of New Deal liberalism. The persuasiveness of these ideas is best seen in the actions of the only two Democrats able to win the presidency in that period. Jimmy Carter distinguished himself in 1976 by standing up against the dominant liberal faction in his party. He earned their ire with his insistence on balanced budgets, and one of his achievements was deregulation, an effort that his Republican successor's expanded greatly. Bill Clinton declared that the era of big government was over. He signed NAFTA and a welfare reform bill that made liberals in his party howl. His political legacy lay in the policy triangulation that redefined progressive politics both in the United States and Great Britain.

The story of Sunbelt conservatism has in many ways been this struggle between the movement's ego and its id, between the thoughtful critiques of the proper role of government in society and the bitter politics of racial and religious division.

Of course, the end of the era of Sunbelt conservatism hardly means the end of conservatism itself. The movement has spawned think tanks, media outlets and other institutions that have become permanent fixtures on the political landscape. This election won't change any of that, but it has already sparked intense debate within those forums. Conservative New York Times columnist David Brooks called Sarah Palin and the anti-intellectual politics that she represents "a fatal cancer to the Republican Party." Other conservative opinion makers such as David Frum and Charles Krauthamer have sounded notes of conciliation and self-reflection.

While the 2008 election seems, at this point at least, a potential bookend for a particular brand of postwar Sunbelt conservatism, its implications for the US South and presidential politics are less clear. Some have seen Obama's election as a sign that the GOP, much to its own detriment, has ceased to be a national party. Good evidence for such is the loss of Republican members of Congress in New England and the fact that so much of the party leadership tends to speak with a southern drawl. No one doubts that southern states have served for many years as the heart of the Republican Party. In fact, the GOP finds itself in a position similar to the one Democrats faced the last two elections cycles, with some party members talking about the need for Republicans to pursue a fifty-state strategy.

Other commentators have read the 2008 returns as evidence of the waning southern hold on national politics. This was the determination of a New York Times article written by Adam Nossiter several days after the election. Nossiter, a normally sharp-eyed contributor on southern topics, focused on the low levels of white support for Obama in several Deep South states, and he interviewed residents of small towns in the rural South who reported believing internet rumors that Obama was a Muslim. It ran with the picture of Bill Pennington, a white barber from Vernon, Alabama, sitting in his shop surrounded by wood-paneled walls decorated with a deer head and trophy fish. According to one of the article’s quoted experts, the South was no longer "the center of the political universe."

To me this was wrongheaded. First of all, as Jim Cobb pointed out in his own reaction to the piece, since when has the South been the center of the political universe? "Prior to 2000," Cobb noted, "the 1976 election was the last in which either party owed its success to a single southern vote." More importantly, however, the article attempted to vindicate the analysis of the political scientist, Thomas Schaller — Nossiter even called Schaller prophetic. Schaller, in his much discussed 2006 book, Whistling Past Dixie, urged Democrats to give up their "sentimental" and "nostalgic" ties with the South and focus on liberal policies that could secure majorities in the most competitive parts of the country, the Mountain West and Southwest. Dixie, Schaller argued, was beyond the pale. Democrats should stop diluting their message to appeal to Deep South Bubbas they weren't going to win anyway.

Schaller's book was notable at the time because it came in the midst of two remarkably close elections in 2000 and 2004 and during an important debate among Democratic strategists. Some Democrats saw how Karl Rove had crafted a narrow electoral majority based on motivating and mobilizing the party base. Schaller was among the most high-profile in advocating a similar strategy for the blue states.

But I wonder if Nossiter and Schaller were watching the same election that I was. If there is any lesson to be drawn from 2008 for the Democrats, it should be a vindication of Howard Dean and the fifty-state strategy, not Schaller's view. Barack Obama hardly whistled past Dixie. He won Florida, Virginia, and North Carolina. He also challenged seriously in Georgia and potentially could have won the state had he not pulled out resources in the aftermath of the Republican convention. Obama won many white voters throughout Dixie, but especially those pockets of affluent and well-educated voters in places such as northern Virginia and the Research Triangle.

The lesson to be drawn from the 2008 election has less to do with southern politics or history than with political strategy. It is the same for Republicans today as it was for Democrats before the election. A fifty-state campaign, as inefficient and wasteful as it might be, is the only fundamentally sound strategy. Political messages designed to compete in all fifty states inevitably have to put ideology aside in favor of pragmatic centrism. It is from the shifting center that US presidents get elected.

Joseph Crespino is associate professor of history at Emory University and the author of In Search of Another Country: Mississippi and the Conservative Counterrevolution (Princeton, 2007). Along with Matthew Lassiter of the University of Michigan, he is co-editing a volume, The End of Southern History? Integrating the Modern South and the Nation, that will be published by Oxford University Press in 2009.