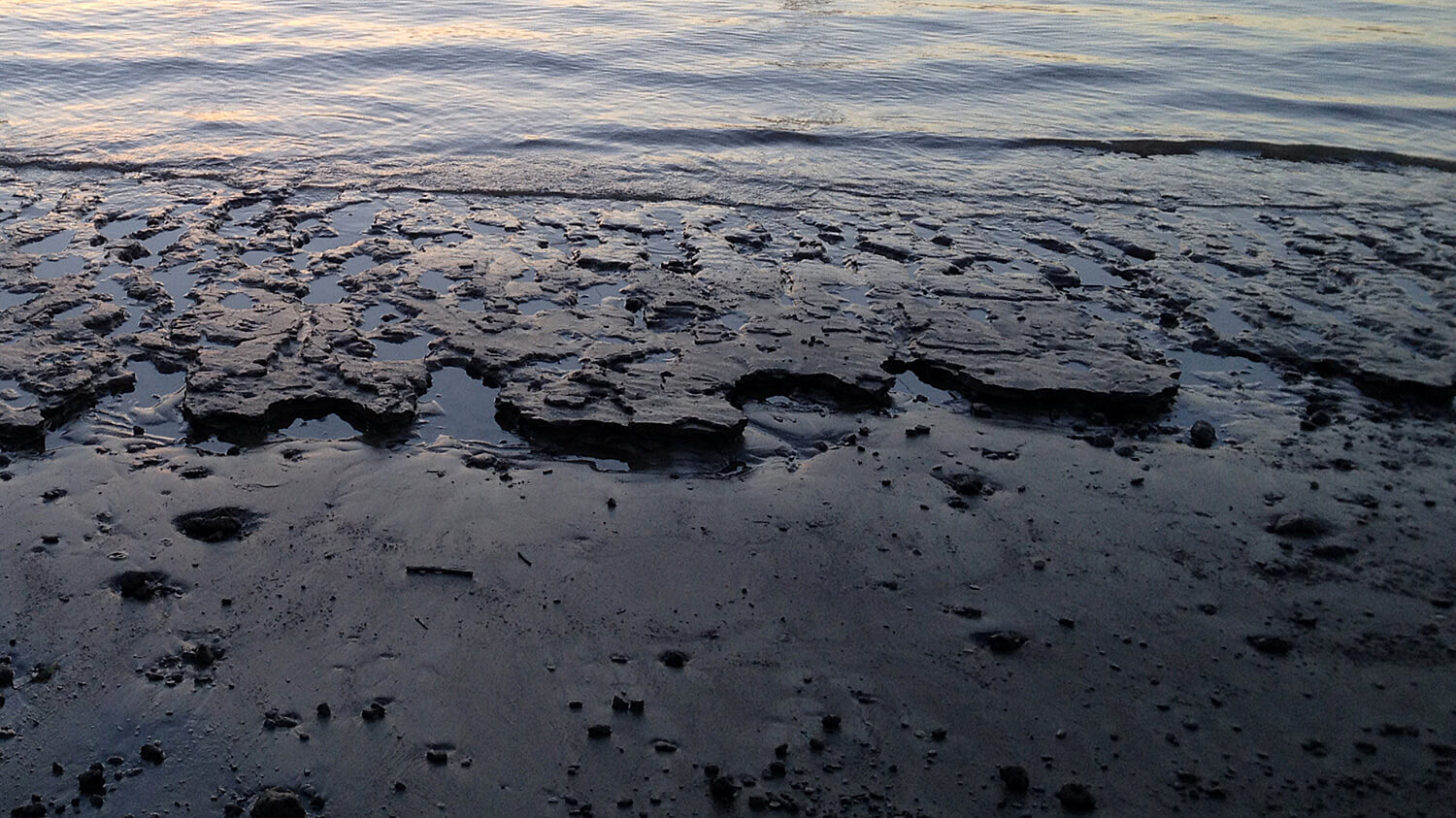 Southwestern humorists were pioneers of southern resistance literature who, to varying degrees, debunked notions of class privilege upon which much southern pastoral has been constructed. If we follow the development of the southwestern humor tale—exclusively in its use of language—from one of its earliest successful practitioners, Augustus Baldwin Longstreet, to one of its last stylists in the antebellum period, George Washington Harris, we see the region's social contours shift dramatically; however we also see the genre sustain over time its function of supplying tension to the always dynamic process of region bonding in the South.

Southwestern humor is perhaps the most intriguing of southern antebellum literary genres, for writers of this loose-knit "school," often contributors to sporting or gentlemen's magazines, abandoned the plantation setting entirely and envisioned the South as an indeterminate space of unstable and shifting boundaries. Indeed the salient slogan for the South delineated by this genre are the words of Captain Simon Suggs, the 1845 creation of Johnson Jones Hooper: "It is good to be shifty in a new country." The genre of southwestern humor is the first of a long, somewhat controversial tradition in southern literature, one that Richard Gray describes as "a familiar path in Southern writing, in search of the raw and marginal, disrupted lives presented in a deliberately disruptive way." Interestingly, Gray uses this description of the genre in a book called Southern Aberrations: Writers of the American South and the Problems of Regionalism (2000) and in a chapter on "Fiction Writing and Social Change." Gray understands the irony of the word "aberration," its message that the canonized "southern" writing has not taken this path into the "raw," and that the writing that has taken this disruptive turn is notaccepted as "southern"—not indicative of some uniform perception of the regional identity.

Southwestern humor constituted a large body of antebellum writing, often collected into books from magazine sketches and easily recognizable through the presence of familiar generic conventions: the clash of upper and lower-class, backwoods characters; heavy vernacular dialect; ludicrous or crudely comic situations often involving violence; trickster figures; local lore and rural community customs. Although the southwestern humorists were generally well-placed southern gentlemen, what happens in southwestern humor is an energetic process that destabilizes as well as it demarcates regionality. The South is seen as a moving target, progressing continuously into uncharted frontier territory, its center continually pressed towards uneasy edges, its safe, established mental contours confronting increasingly crude, disrespectful threats. Southwestern humorists were pioneers of southern resistance literature who, to varying degrees, debunked notions of class privilege upon which much southern pastoral has been constructed. We come closer to understanding this literature when we compare it to the twentieth century genres that it influenced: the "southern gothic" attributed to William Faulkner, the "Grotesque" of Flannery O'Connor, and the "grit" works of writers such as Cormac McCarthy, Harry Crews, and Larry Brown. Even before the nineteenth century ended, southwestern humor gave shapes and narrative strategies to Mark Twain, providing him with instructive models for contesting the emerging white racist power structure of Post-Reconstruction.

Using subversive trickster humor, the southwestern humorists of antebellum times displaced the traditional gentleman, supplanting him not with a counter-ideal but with rugged, sometimes openly anarchist anti-heroes. If we follow the development of the southwestern humor tale—exclusively in its use of language—from one of its earliest successful practitioners, Augustus Baldwin Longstreet, to one of its last stylists in the antebellum period, George Washington Harris, we see the region's social contours shift dramatically; however we also see the genre sustain over time the function of adding dynamic tension to the ongoing process of region bonding in the South.

Longstreet in Georgia Scenes, published in 1835, mastered what became the staples of the form: skillful representation of dialect, keen interest in regional types and customs, plot conflict involving exaggerated, comic collisions of characters based on class and education, civilization vs. barbarity. His narrator is the southern aristocrat. When one of his folk characters swears, the narrator apologizes, "I should certainly omit such expressions as this, could I do so with historic fidelity." By 1853, Joseph Glover Baldwin presented in Flush Times in Alabama and Mississippi an equally fastidious upper-class Virginia narrator, yet one who more vocally describes the threats to his own way of life: "how could" a jolly Virginian, Baldwin asks, "believe that that stuttering grammarless Georgian, who had never heard of the resolutions of '98, could beat him in a land trade." Baldwin is sarcastically calling attention here to the traditional Cavalier's faith that his accoutrements, including language proficiency, constituted an unassailable power base against "stuttering and grammarless," i.e. culturally deficient challengers. Self-consciousness about language is one of the most important motifs of southwestern humor. Standard English, which in a properly ordered world should constitute privilege, in the South conceived as border region is little more than a very inadequate shield against abrupt change.

This warning to those who hide behind the King's English is given its most ribald expression by one of the last antebellum southwestern humorists, George Washington Harris, whose Sut Lovingood: Yarn Spun by a ‘Nat'ral Born Durn'd Fool, was published in book form only after the Civil War in 1867. Gone is the genteel narrator. Harris gives us neither the reality nor the pretense of the manners and ethics of the South's literary mainstay, the southern gentleman. The well-educated, refined, righteous frame narrator barely has a toehold here, for the chief narrative duties fall to Sut Lovingood himself, an illiterate, unemployed (and unemployable) descendant of William Byrd’s 18th century Lubberlanders. Sut's dialect is barely decipherable, his stories are full of crude reference to whores and excrement, and his disdain for his betters is clearly his main objective.

In the opening conversation of the story "Mrs. Yardley’s Quilting," the gentlemanly narrator asks Sut to explain a "muddy job" he has been talking about. Sut says he has been "helping tu salt ole Missis Yardley down," and because this metaphor makes no sense to his listener, he obligingly goes into more detail: "Fixin her fur rotten cumfurtably, kiverin her up wif sile, tu keep the buzzards from cheatin the wurms." "Oh," says the gentleman, "you have been helping to bury a woman." "That’s hit, by golly!," replies Sut. "Now why the devil can't I 'splain mysef like yu? I ladles out my words at randum, like a calf kickin at yaller-jackids; yu jis' rolls em out to the pint, like a feller a-layin bricks—every one fits." Yet in spite of Sut's dubious flattery of his companion's linguistic skills, it is his own dialect that takes over, full of cursing, invective, crudity, and sexual puns. Sut's pretense of self-deprecation mocks his erudite companion and the sterile formality of the culture that his genteel diction reflects.

The rude language of the southwestern humor genre makes visible and viable the threatening possibility that a new "breed" of southerner might refuse to conform to convention or respectability. The writers of the tales were certainly themselves by and large elitist, yet in the stories they produced they consistently give a platform to "other" southerners who expose hypocrisy and pretense with borderland impunity. The tales are as morally ambiguous as the slave society that they never directly describe, much less challenge, yet they speak dramatically to the vital forces of revolution and social change that were a part of every corner of their region, certainly not just the backwoods that is their metaphorical "new country."

Southwestern humor, seen generically as a Literature of Resistance, has produced a line that has shown remarkable durability. From Mark Twain to Charles Chesnutt, from Faulkner to Erskine Caldwell, from Flannery O'Connor to Harry Crews, from Dorothy Allison to Ishmael Reed—we are able to trace and celebrate the southern writer’s capacity to resist unexamined norms that allow any system of dominance to roll on unchallenged. These resistant literatures, with greater impact than southern literary history has yet acknowledged, have long been "keeping the buzzards from cheatin' the wurms," as Sut might say. 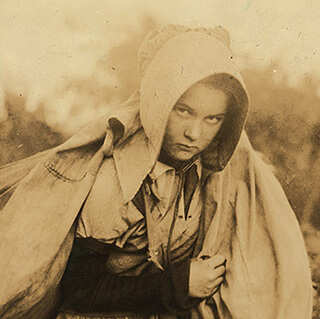 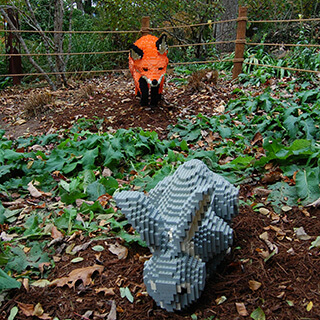