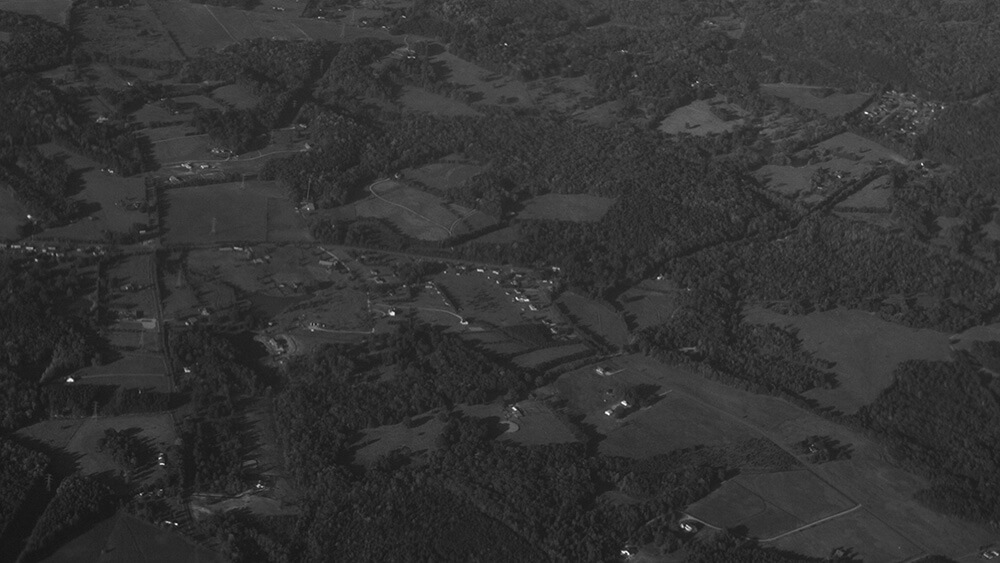 Along the southern shoulder of the Piedmont Plateau that stretches from New York State into Alabama, the Carolina Piedmont runs some 250 miles from Danville, Virginia, to the far edge of South Carolina. Seventy-five to a hundred miles wide, this region of smooth-rolling hills and rocky-bottomed rivers expands from the Appalachians toward the geological fall line cities of Raleigh, Fayetteville, Columbia, and Augusta. Beyond, lies the Atlantic Coastal Plain.

As pioneers, traders, and military men traversed the region in the early eighteenth century, they found the towns of Catawba, Saponi, and Saura Indians and trading paths that connected mountains with coast. Faced with increasing white numbers and hostility, as well as the ravages of smallpox and the occupation of their familiar territory, natives desperately sought strategies of survival. The Catawba formed alliances and turned to trade with tribes further west. Many Cherokee, after efforts at openness in commercial and social contact, withdrew into the Appalachians in the mid-eighteenth century in an attempt to preserve the heart of their culture. The exterminating intentions of rapidly arriving "settlers" led, by the mid-1830s, to forced removal. Further south, the Scotch-Irish Piedmont Carolinian, Andrew Jackson turned his wrath upon the Creeks of Georgia and Alabama.

From the 1730s, immigrants entered the region not so much by trekking inland from the Atlantic, but by following the Great Wagon Road down the Valley of Virginia past already-claimed land in Pennsylvania. Farm families along the banks of the Hyco, Eno, and Haw rivers of North Carolina were part of a Scotch-Irish migration that brought perhaps 150,000 people from Ulster by 1755. English and Germans arrived in lesser, but significant numbers. Enslaved African Americans made up ten percent of the Carolina Piedmont's population in the 1760s. By 1800, only two or three counties had black populations of more than thirty percent. The formidable distance, lack of adequate wagon roads from the coast into the hinterland, impassability of rivers, and difficulties of movement around the cascades and boulder-strewn rapids of the fall line left the growing number of Carolina Piedmont farmers largely to their own resources and social arrangements in the root-hot-or-die decades.

Although the Carolina Piedmont has shared in all that is "southern," it has a distinctive history and geography. A yeoman farming society took shape in this region, formed, as cultural geographer D. W. Meinig has written, "by peoples whose origins, social character, economic interests, and political concerns differed sharply from those of the older coastal societies." Almost all of the Piedmont lies west of a line drawn by linguist Hans Kurath separating the American South's two major dialect groupings, the South Midland and Southern Coastal. Retaining inflections of Midlands English and Lowland Scottish dialects, adapting their own agricultural practices and construction techniques, borrowing from Germans and English, the dominant Scotch-Irish spread a subsistence-agriculture, log-house, livestock, corn, and woodlands-pasture culture throughout the region and into the Appalachians.

The Piedmont became a redundant landscape of farms and mixed forests, interrupted by the occasional plantation, punctuated by crossroads stores, gristmills, and meetinghouses that lent their names to loose neighborhoods. Smiths, millwrights, iron workers, carpenters, cobblers, gravestone carvers, quilters, potters, basketmakers, coopers, makers of furniture and wagons suggest the diversity of the region's artisans. Shape-note hymnals, love ballads, and fiddle tunes testify to the flowering of its folk culture. The patriarchal family structure nested within a social structure that was loosely hierarchical, swayed by the authority and example of leading men in these rural communities and nascent towns.

"The Piedmont is another land," wrote North Carolina journalist Jonathan Daniels in 1939. "It has always been a more serious minded land. [It] seems to have grown from the stern spirits of the Quakers of Guilford, the Moravians of Forsyth, the Calvinists of Mecklenburg, the ubiquitous Baptists, and that practical Methodism from which the Dukes emerged." Stirred by the backwoods democracy of camp-meeting revivalism in the early nineteenth century, the region's evangelical fervor soon turned to the growth and maintenance of congregations and to the ordering of counties. Anti-slavery impulses acquiesced to the temptation of exploiting African American slave labor for the production of cotton and tobacco.

Although slavery expanded steadily in the Carolina Piedmont, slaves remained less numerous and planters fewer and characteristically less wealthy than in the Low Country, Tennessee Valley, Tidewater, Mississippi Delta, and Black Belt regions. Despite yeoman pressure for political reform, slaveholders, especially coastal planters, held the political upper hand in both the Carolinas until after the Civil War. Resistance to secession grew stronger the further one ventured up-country. For Piedmont farmers to make themselves into rebel soldiers took Lincoln's call for troops, the threat to home, kin, and property that fear of Yankee invasion represented, nightmares of a countryside filled with freed blacks, and appeals to "fight like men for our firesides."

Because Confederate General Joseph E. Johnston surrendered to General William Tecumseh Sherman of the Union army one April day in 1865 on a farm known as the Bennett Place, the wooden hall-and-parlor house of James and Mary Bennett and their three children today stands reconstructed on its original Durham County, North Carolina, site. The houses of plain folk have rarely received such attention. The Bennetts were typical of Carolina Piedmont farm families. Through hard work, sacrifice, frugality,and luck, they had risen from the status of tenants to that of landowners. Producing food crops and raising a few animals, they grew enough corn and wheat to sell a surplus for cash. Like the vast majority of Piedmont Carolinians, they owned no slaves.

In the aftermath of the Civil War and Reconstruction, residents of the Piedmont assumed that the future, like the past, lay with farming. But as the region broke from the broken world of the Old South, industrialization slowly emerged, its antecedents traceable to water-powered, grist mills, antebellum cotton-yarn factories, and slave-operated tobacco presses. The men most ready to take advantage of this wide-open, rough-and-tumble situation — hard-driving men with names such as Hammett, Holt, Lineberger, Tompkins, Cannon, Gray, Springs, Love, Reynolds, and Duke — applied a capitalist paternalism derived not only from planter-slave relations, but from the Carolina Piedmont's traditional white culture, its Protestant patriarchal authority and habits of industry, its merchants' bookkeeping practices.

The modern Carolina Piedmont gathered steam through the 1870s and 1880s. Completion of the Atlanta and Richmond Air-Line Railway offered a direct route from New York to New Orleans and further shifted the region's orientation away from the Carolina coast. Cotton agriculture, cotton mills, and tobacco factories proliferated along the new railway routes and spur lines. Boxcars, hauling northern-made textile machinery purchased on credit, followed the rail tracks.

In a romance of New South industry that continues into the twenty-first century, manufacturers, politicians, town boosters, and newspaper editors boasted of the region's potential for profit. A seemingly bottomless pool of displaced tenant and sharecropper families provided generations of cheap, exploitable labor upon which the new industrial class built its wealth and political power.

The long era of Jim Crow assigned workers — male and female, white and black — to different industrial and occupational tasks and thwarted efforts at unionization. Black men and women undertook the dirtiest, dustiest, hottest, and heaviest tasks in the tobacco factories of the Reynolds of Winston-Salem and of the Dukes of Durham. All but a handful of African Americans were excluded from the Piedmont's textile mills and from the operation of tobacco-processing machinery until the late 1940s.

By the 1920s and 30s, in the gingerbread neighborhoods and first streetcar suburbs of Charlotte, Greenville, Durham, and Greensboro, captains and lieutenants of Carolina Piedmont industry resided alongside their cities' leading doctors, lawyers, and merchants. On the mill hills and in the "bottoms" of these cities, white and black workers lived as factory "hands" or female domestic "help." Out of this new working class, from the ranks of cotton mill lintheads and tobacco market street performers, came an indelible outpouring of Piedmont fiddle-band music and a genre of blues that carried ragtime rhythms. African American churches birthed a lively music on its way to becoming gospel.

The Depression years brought not only a worsening of conditions on Piedmont farms and further exodus, but stretch-outs, speed-ups, and lay-offs in the mills and factories. As the legitimacy of the national political economy came into question after 1929, protests by Piedmont workers rose to unprecedented levels, culminating in the 1934 General Strike. Before being overpowered by mill-owner tactics that included evictions and blacklisting, as well as reliance upon troops and state-backed repression, thousands of millhands shut down their looms and spinning frames, marched in the streets, and went on strike. It took the coming of World War II to turn Piedmont Carolinians toward a more singular purpose and renew economic activity.

The pace of the region's post-war upturn, from Danville to Charlotte to Greenville, continued to be set by manufacturers, bankers, and businessmen who constituted what political scientist V. O. Key called an "progressive plutocracy." State government interests and initiatives complemented those of the "economic oligarchy." Networks of railways, paved roads that grew into highways, and electric power lines tied together countryside, town, and city. Writing in 1949, following an extended visit to North Carolina, Lewis Mumford celebrated the numerous colleges and universities, the open spaces, the de-centralized distribution of urban and agricultural populations, but warned of the tendencies of unplanned, market-driven growth. His words echo today along the congested Interstate 85 corridor and the euphemistically named "edge cities" that sprawl through the core of the Carolina Piedmont. "In fifty years," wrote Mumford, cities such as Charlotte, Raleigh, and High Point "will take on the worst features of metropolitan areas everywhere . . . and the surrounding countryside will become merely a real-estate speculators' annex to the growing metropolis."

Sentenced to low wage, low-skilled manufacturing jobs in textiles, apparel, furniture, and tobacco, Carolina Piedmont workers' standard of living rose minimally in the 1950s and '60s. At the other end of the economic system, drawn by tax breaks and the anti-union climate, many northern plants relocated. The accumulating capital from the industrial transformation found its way to banking centers in Charlotte, Winston-Salem, and Raleigh. New initiatives, particularly in North Carolina, began to diversify the region's manufacturing and business base. The creation of the "public/private" Research Triangle Park in 1959 typified the continuing effectiveness of the decades-old collaboration of corporate, academic, and government elites, this time put to the service of the nascent information and technology age.

One of the opening acts of the modern freedom struggle was the 1960 Woolworth's lunch-counter sit-in in Greensboro, North Carolina. As long-excluded African American citizens pressed for justice in every aspect of civil and social life, the Carolina Piedmont registered the changes, whether in court-ordered school busing to achieve racial balance in Charlotte, in efforts to desegregate factories and workplaces, or in the number of newly elected black officials. In reaction, drawing upon anti-government resentment and racial codewords, initiatives such as Richard Nixon's Southern Strategy pulled large numbers of blue collar and middle class white voters into the Republican Party — in this region and throughout the South. What William Chafe has called the "progressive mystique" with its reformist emphasis upon "consensus, voluntarism, and the preservation of civility" remains a powerful ideology of "resistance from above." Twenty-first century transformations of the Carolina Piedmont's social arrangements await political coalitions capable of pressing more inclusive agendas of political and economic democracy.

Mumford, Lewis. "A Thought for a Growing South." The Southern Packet (April 1949).

Mill Village and Factory in the Piedmont
http://www.ibiblio.org/sohp/laf/factory.html.

Textile Work and Protest in the Carolina Piedmont
http://www.ibiblio.org/sohp/laf/protest.html.