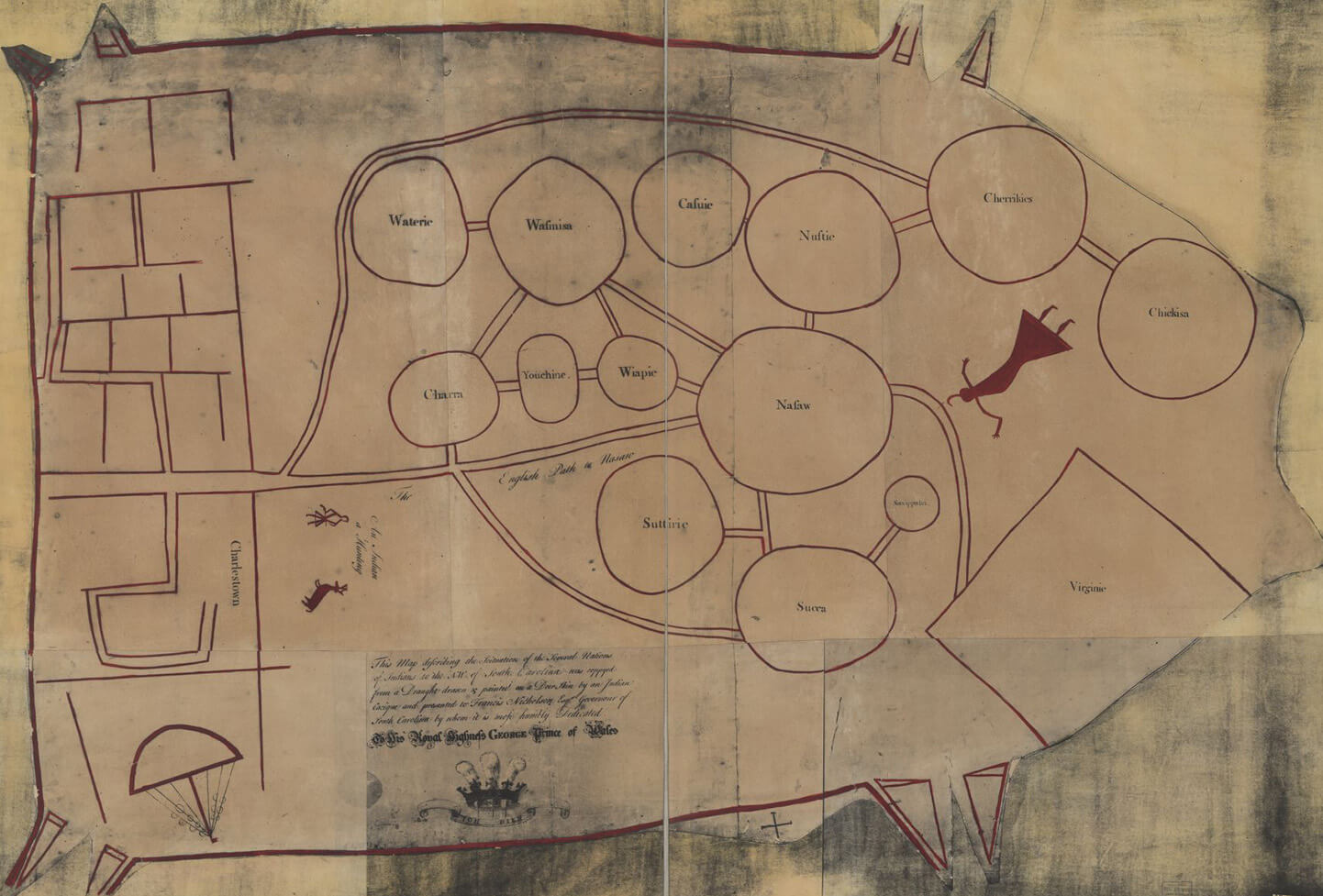 The thirst for information and the power of lies is "a very old problem," writes Alejandra Dubcovsky, yet Informed Power: Communication in the Early American South is more than a lament (215). By examining networks that included colonists from Spain, France, and England as well as American Indians and enslaved Africans, she excavates an "early South" characterized by messiness, complexity, and indigenous power rather than the inexorable westward march of European domination. For Dubcovsky this early South—"the composite societies who came to inhabit the colonies of South Carolina, Georgia, Florida, and parts of Louisiana"—is a "socio-cultural model" that allows her to explore the historical complexities of an increasingly multiethnic space and not "some projection backward in time of what would later become the Confederacy" (4).

In addition to traditional colonial sources, Dubcovsky delves into material culture, oral traditions, linguistics, and iconography to reveal how, from the pre-Columbian era to the middle of the eighteenth century, a diversity of peoples in what the Spanish called la tierra adentro—literally "the land inside"—communicated and mis-communicated with each other. Informed Power's insufficient spatial theorization becomes most apparent where Dubcovsky vacillates between the historiographically loaded term—the “South”—and la tierra adentro. Dubcovsky devotes only a paragraph to explicating the decision to use "early South" to designate a "region" where this term had little contemporary meaning.

Organized chronologically and thematically, Informed Power begins in a North America without Europeans and ends just as the English solidify their hold in Carolina and Georgia. Dubcovsky, an assistant professor of history at the University of California–Riverside, divides the book into three parts. The first—"What"—concerns the sort of information European settlers most desired: gold. Upon hearing from an Indian that a captured Spaniard named Juan Ortiz was nearby, Juan de Añasco "stopped listening and began celebrating certain that he had found oro (gold)" (31). Even when Europeans received useful information, "they did not know how to evaluate it properly," and evidently misunderstood it as relevant to the discovery of mineral wealth (32).

In "Who," Dubcovsky outlines who "acquired and spread" information as a way to come to terms with this volatile and disorderly geography (7). As a means to maximize his personal power and the safety of his Florida town, Apalachicole, an Indian named Pentocolo, for example, operated simultaneously as a "Spanish ally and an English sympathizer" (143).

And in the final section—"How"—Dubcovsky examines the Yamasee War to articulate how communication networks operated (and didn't). As the war progressed, the Spanish began "investing in particular Indians" because they began to treat "information as a commodity that could be purchased" (201). What, though, about "why"? "This absence is deliberate," writes Dubcovsky, "because the answer is clear: power." The entire book offers an answer to why. Although the connection between information and power might seem relatively facile, Informed Power reveals it to be "anything but simple and obvious" (8).

Dubcovsky begins her analysis in a place characterized by the colonizing power of Cahokia, a pre-Columbian urban center and chiefdom at the confluences of the Mississippi, Illinois, and Missouri Rivers (3). As she demonstrates in discussing the Commerce Map—a rock drawing (located about 150 miles south of present-day St. Louis) that is the oldest known cartographic representation in eastern North America—communication networks connected a wide geography well before Europeans arrived. The territory, however, looked dramatically different from that encountered by Europeans. Rather than power being diffuse, communication networks were centered at Cahokia (represented by a large falcon glyph). By dissecting the relationship between communication and power in a North America without Europeans, Dubcovsky demonstrates that exchange and control of information was central to the way American Indians organized their worlds. While much would change with the arrival of Europeans, the foundations for early colonial relations were established earlier. Rather than looking forward to an antebellum, plantation South, Dubcovsky persistently qualifies and enhances her arguments about indigenous power by gesturing towards the pre-Columbian past.

Informed Power's early chapters reveal the power held by Indians in cross-cultural communication. Once Cahokia collapsed—before European arrival—a new social geography emerged, still defined by chiefdoms, but where power was more diffuse and communication primarily oral. In this space, as distinct from urban centers such as Cahokia, trails were of the utmost importance, and for much of the colonial period Indians controlled them. "These paths," writes Dubcovsky, "bound distant Indian nations together, even as they pitted them against each other" (21). When de Soto traveled in the mid-sixteenth century, he was at the mercy of Indians. And once the Spanish, French, and eventually English established permanent settlements, they relied on Indians to glean information about the strategies of their European rivals. No matter what sort of grand plan imperial officials hatched across the Atlantic, the constraints imposed by Indian power mattered more. The malleability of information is especially clear in Dubcovsky's treatment of the 1656 Timucua Rebellion. La Florida's governor, Franciscan missionaries, and Timicua Indians each worked to channel the flow of information and shape it to their particular narrative. The governor blamed the Franciscans for causing unrest. The Franciscans gestured towards the abusive policies of the colonial government. And the Timicuas highlighted their dissatisfaction with "having to serve as cargadores," carrying food and supplies across La Florida for the Spanish. Using two visual representations of information networks to augment her analysis (83, 94), Dubcovsky argues that "The different versions of the uprising expose the multiple ways that information was gathered, interpreted, and networked in the early South" (96).

In most instances of cross-cultural communication, the who mattered just as much (if not more) than the what. By examining a large cast of historical actors, Dubcovsky illuminates the motivations of those establishing and disrupting connections. In a geography shattered by disease, slavery, and violence, varying motivations colored information exchange. It obscures complexity to talk only about the Spanish or the English or Indians—or even Yamasees or Timucuas or Cherokees. Individual motivations are not easily mapped onto an entire people. Pamini, for example, was a female Yspo leader who lived near Santa Catalina in the early 1670s. We know very little about the Yspo—they were probably a group of Muskogean-speaking refugees who had coalesced as a way to deal with slave raids. After a meeting with the Spanish captain Argüelles near Port Royal, in which Pamini provided him with news that the English in Charles Town were relatively weak—contradicting the information of other Indian informants, Argüelles began to trust her.

Over the next three years Pamini told the Spanish much about the English. She also told the English much about the Spanish. Whether true or not, Pamini's information provided a means to an end: she able to secure trade with the Spanish and English while protecting her people from enslavement. "News was a powerful weapon," Dubcovsky concludes, "it was both the sword Pamini used to defend her authority and the shield she wielded to protect her town" (109). Sowing confusion was integral to Pamini's power. By identifying who transmitted information and mis-information, Dubcovsky provides a schematic of layered, messy, and constantly shifting networks.

Information connecting the peoples of this this colonial landscape also pushed them apart—most apparently when the tenuous networks broke down. As the Yamasee War exposed factions, the English could no longer rely on their old networks. Working to refashion their information-gathering, they began to "dictate, not negotiate, the terms of exchange" (191). The Spanish were also forced to adapt to a changing social geography. As the Yamasee War progressed they began to privilege information from select Indian leaders, not from just anyone who would talk to them. What emerged were "bitter, competing," and "coexisting articulations of power" (214).

While Dubcovsky does an excellent job of weaving disparate strands of evidence in Spanish, English, French, and indigenous language sources into a larger tapestry characterized by the irony of communication, she leaves a number of loose ends. Mentioning the power of rumors and the struggle colonial actors had identifying them, she doesn't examine this expressive form nor cite Gregory Evans Dowd's Groundless, a study of rumor in early America. Lies receive similar short shrift, without mention of Joshua Piker's The Four Deaths of Acorn Whistler.

Informed Power's blurring of distinctions between "space" and "place" sometimes obscures the book's arguments. Writing that the "early South's" communication networks connected "discrete places" and that these networks were crucial to the "creation, development, and growth of colonial spaces,'" Dubcovsky doesn't examine how local places (and abstract spaces) would mean something different to indigeneous groups than to colonizing powers (4). Citing Keith Basso's Wisdom Sits in Places—a favorite among historians of American Indians—she agrees that "Indian place names offer perhaps the most enduring clue to how Indians conceived their world" (45). Yet, without citing an example, Dubcovsky concludes that the "Indian place names of La Florida show an ethnocentrism that was supported not by isolation but rather was fostered by a deep awareness of others" (45).

Informed Power is, however, a remarkable achievement. Not only does Dubcovsky illuminate the significance of communication networks to the emergence of an early South, she does so in a way that highlights indigenous power where it is often ignored—powerful Indians were not only denizens of the American West.

Nathaniel Holly is a PhD student at the College of William and Mary. His research interests focus on the intersections of urban, colonial, and indigenous histories in the early American southeast. His recent work includes book reviews in Historical Geography, Chronicles of Oklahoma, the South Carolina Historical Magazine, and H-Net, as well as articles, such as "'Living Memorials to the Past': The Preservation of Nikwasi and the 'Disappearance' of North Carolina's Cherokees," in the North Carolina Historical Review (July 2015) and "Transatlantic Indians in the Early Modern Era," in History Compass (Oct. 2016).

Catawba deerskin map of the nations of Native Americans to the Northwest of South Carolina following the Yamasee War, ca. 1724. Map by Francis Nicholson. Courtesy of the Library of Congress Geography and Map Division, loc.gov/resource/g3860.ct000734/.

Brooks, Joanna. “The 17th-Century English Who Settled in the Southern US Had Very Little to be Thankful For.” Smithsonian.com. November 25, 2014. http://www.smithsonianmag.com/history/17th-century-english-who-settled-southern-us-had-very-little-be-thankful-180953466/. 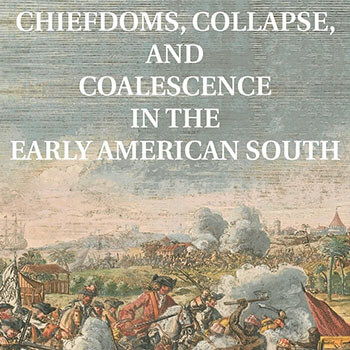 Nascent Nations: A Review of Chiefdoms, Collapse, and Coalescence in the Early American South 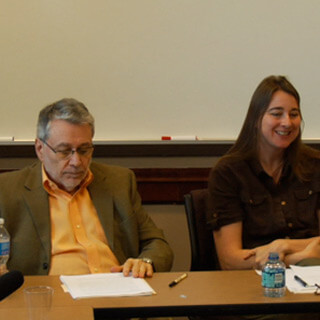 Cosmopolitanism and Nationalism in Native American Literature: A Panel Discussion